French toast waffles made in the waffle iron with apple pie-spiced apples on top. 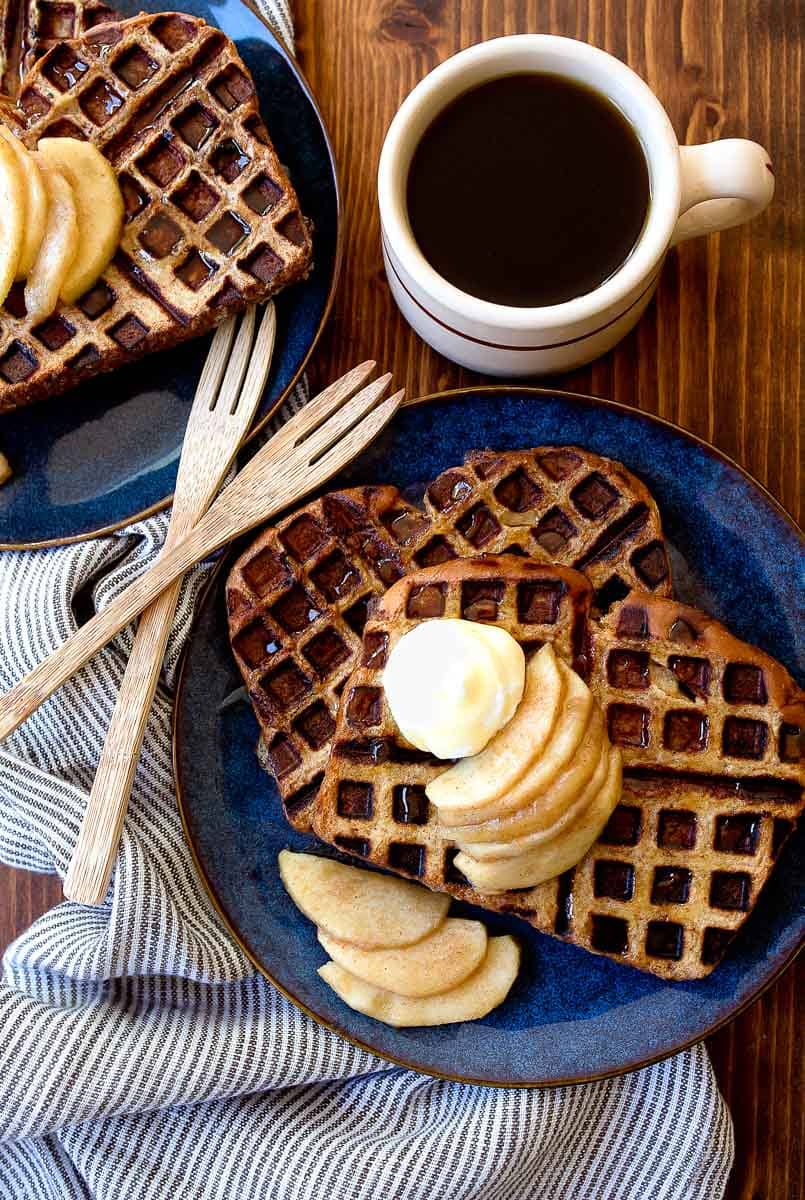 I took my favorite thick-sliced potato bread, dipped it in custard, smashed it in a waffle iron, and served it with spiced apples. It's really very simple.

I think it's a thing now, to put things other than waffles into the waffle iron, no? Am I mistaken? I feel like I've seen croissants made in waffle irons, brownies, cookies and probably a few more things that shouldn't be in there. These French toast waffles are the best thing to come out the iron yet.

What else do you put in the waffle iron, besides french toast waffles?

Oh, this is the waffle iron I use. It works great and is cheap!

The spiced apples on top were a happy accident. Remember when we made Cantaloupe Slushies, and I told you about Camille's fruit drawer in the fridge? Well, the season changed and the drawer is now packed to the brim with local apples. And while I never intended on Camille eating them raw right out of the fridge, she keeps grabbing them and attempting to eat them... with her 7 teeth. It's a bit sad, really. The apples look like a baby hamster chewed on them when she's done. I grabbed the rest of the them, peeled off the skin, sliced them thinly and cooked them in butter, sugar and cinnamon. When Camille had her first bite, her little eyes lit up. It's like she finally got enough apple in the mouth to actually taste apple.

And I'm over here with my 'parent of the year award' because her imprint of apple is cloaked in butter, cinnamon and sugar. 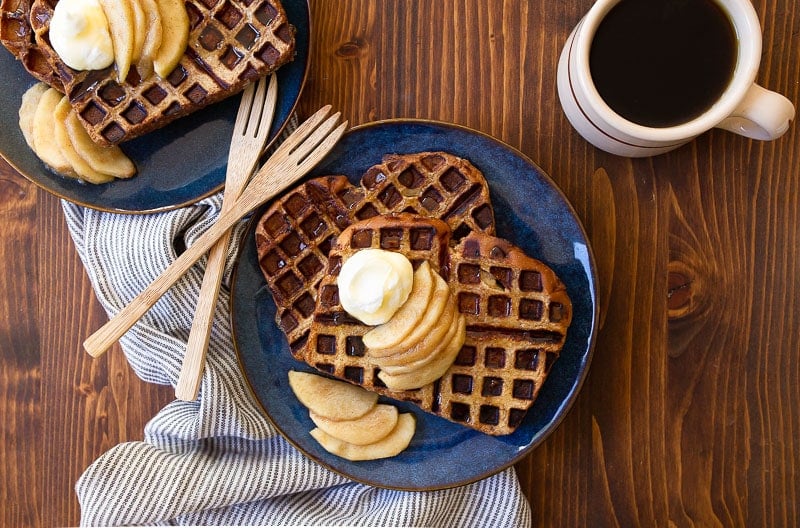 But, really, my personal imprint of apples is soft and syrupy with heavy-handed cinnamon, so it's fitting for her, too.

*You can puree a scoop of the spiced apples to use as the 'applesauce,' or you can substitute store-bought apple sauce.