Follow us
Brownies, Chocolate Desserts for Two, Egg White Only 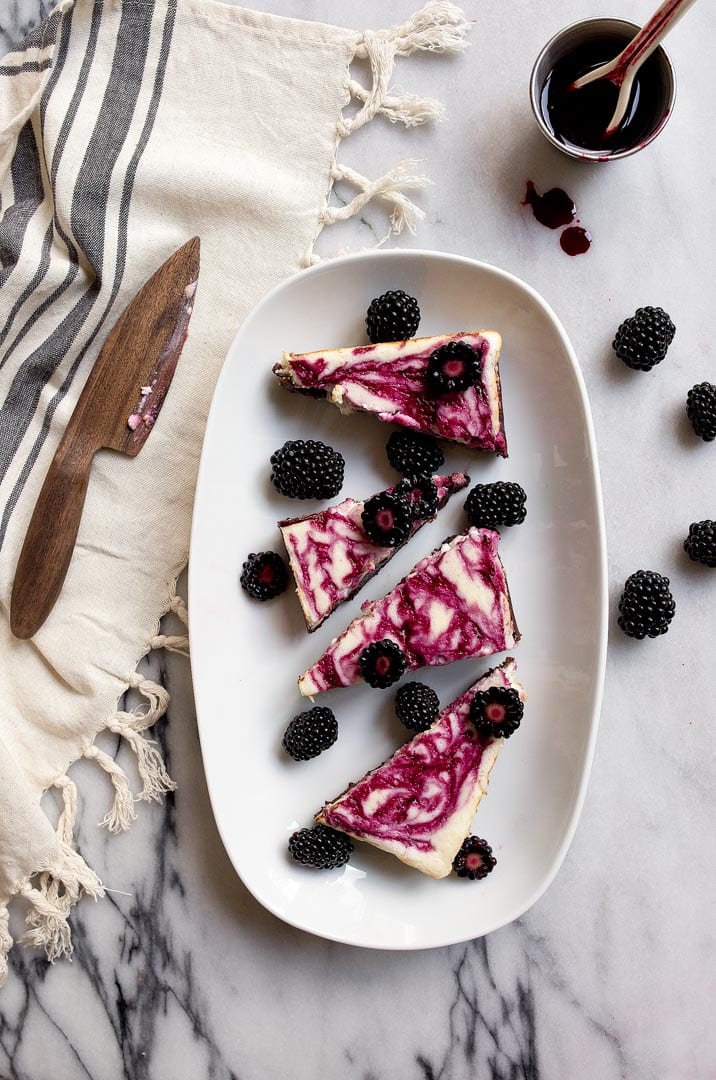 I’ve got this little daughter who loves the color purple. She also loves to throw tantrums, but that’s a little beside the point. Unless you use a brownie to quell a tantrum, which I don’t recommend. (but sometimes resort to, let’s be honest).

I’ve been pretty judicious when it comes to letting Camille eat dessert. I always make sure it’s homemade. The chemicals in store-bought mixes and commercial bakery products legitimately scare me. If Camille is going to eat a brownie, I want it to be a homemade brownie.

But, as usual, I wanted to scale it down to make a small batch of brownies. I grabbed my trusty bread loaf pan, which makes two perfect giant brownies, and got to work. I roughly halved the recipe for my loaf pan cheesecake, and poured it on top. Making the blackberry mixture simultaneously was easy. 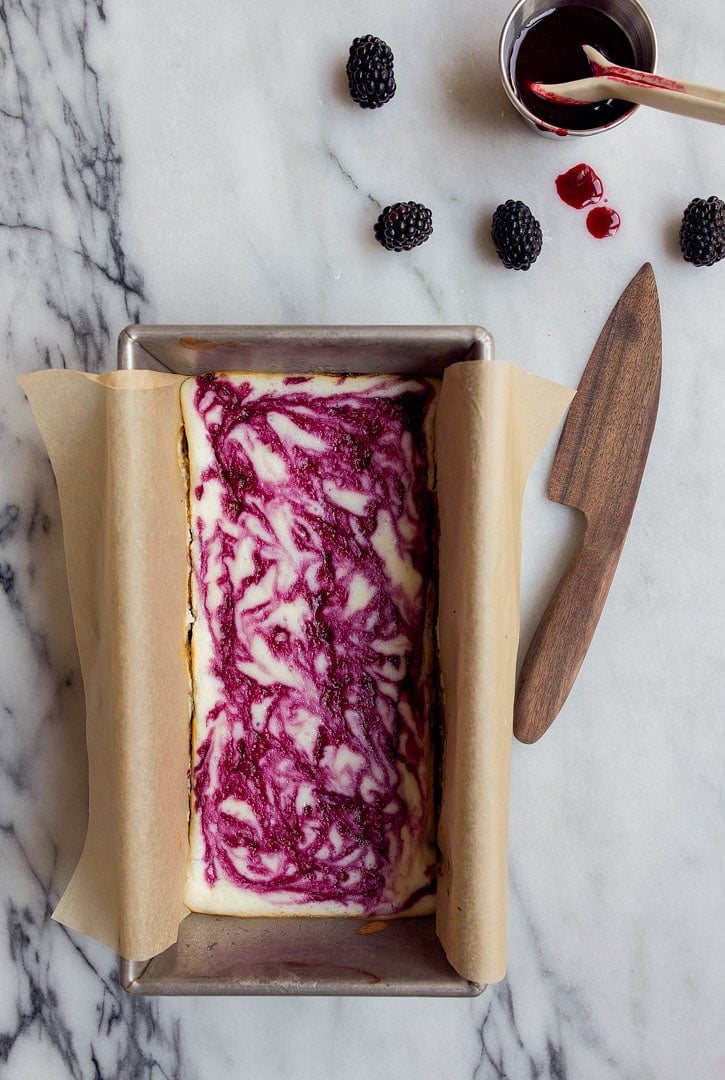 When I pulled them out of the oven, I did a little gasp. So freaking pretty.

I let them cool completely in the pan, popped them in the fridge and made an eccentric veggie-heavy dinner. I promised Camille a purple swirl brownie at the end of dinner. It worked like a charm. Until she scraped off the cheesecake layer and ate the brownie part alone. Then, she asked for fresh blackberries when the brownie was gone. THIS KID. 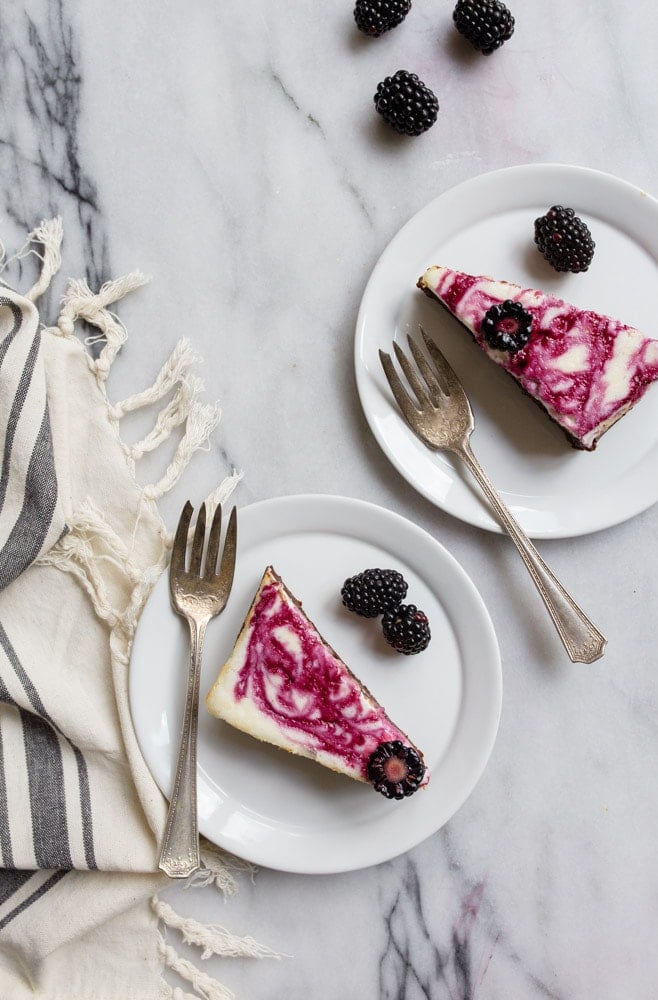 Make these blackberry cheesecake brownies for two before blackberry season is over, because seriously, frozen blackberries are like rocks with pebbles inside of them. Not good. The organic ones this year are so huge! I love them. If you love these, you might also like my blackberry chip ice cream. And if fresh blackberry flavor is what you’re after, try my blackberry cupcakes.

For the blackberry swirl:

For the brownie bottom:

For the cheesecake layer: