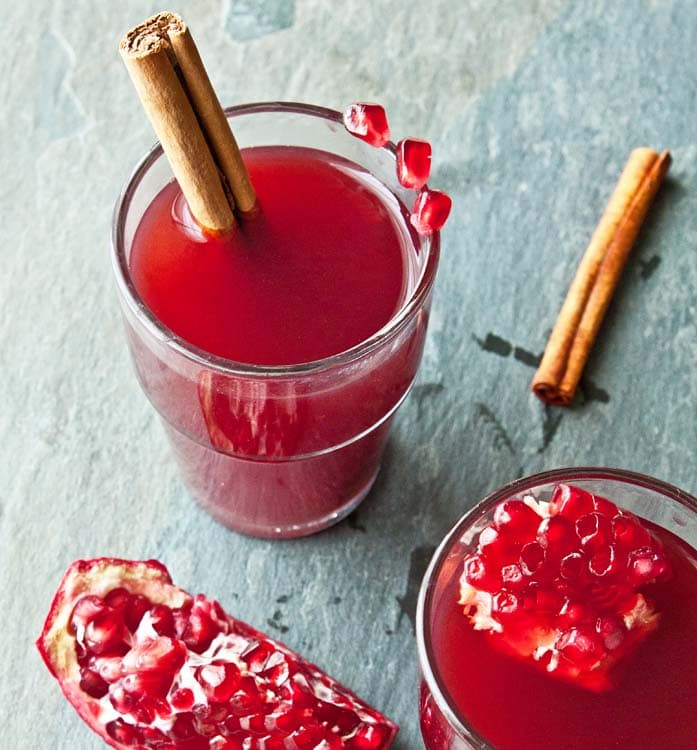 I whipped up this boozy cider on the first night it was acceptable to turn on the fire place. Wait, our fireplace has been on since September thanks to the fact that my husband accidentally paid the gas bill twice one month...one month, twelve months ago. And then, he continued to keep paying it, even though the billing total was in parentheses each month.  Everybody knows parentheses means negative balance! (Everybody except my husband). So, basically we have, like, negative one thousand dollars credit to the gas company and we're moving out of this house soon.

Ergo, the fireplace has been on for a while.  But but but, the minute it was socially acceptable to have a warm drink by the fire, I made this hot pomegranate cider. 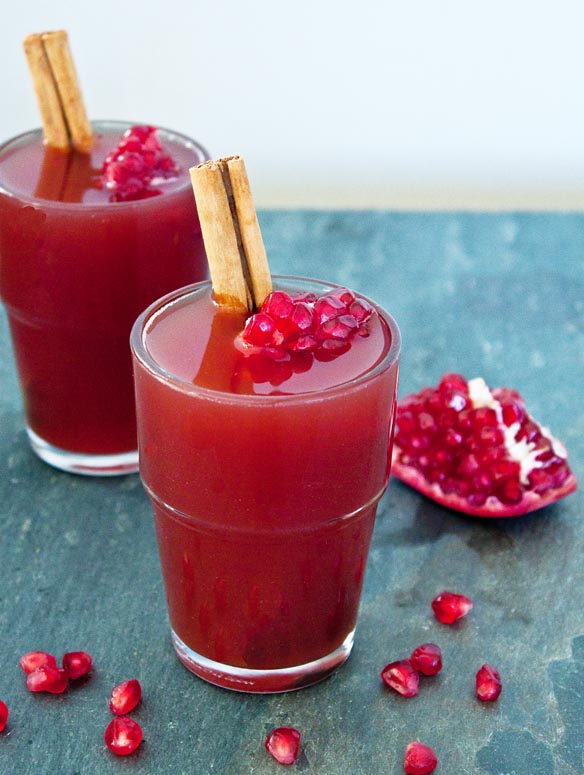 I picked up a batch of local fresh-pressed apple cider and mixed it with pomegranate juice.  You can juice the pomegranate yourself if you're up for a challenge (I'm now imagining you pinching hundreds of pomegranate seeds between your fingers), but I just buy the bottled stuff.  Then, I steeped the two juices with sliced fresh ginger, a clove and cinnamon sticks.

Oh, don't  forget the booze.  I added dark rum to mine, and bourbon to my husband's.  We tasted both and decided that rum tastes better.  But hey, the world is your oyster, stir in whatever fire water you like.