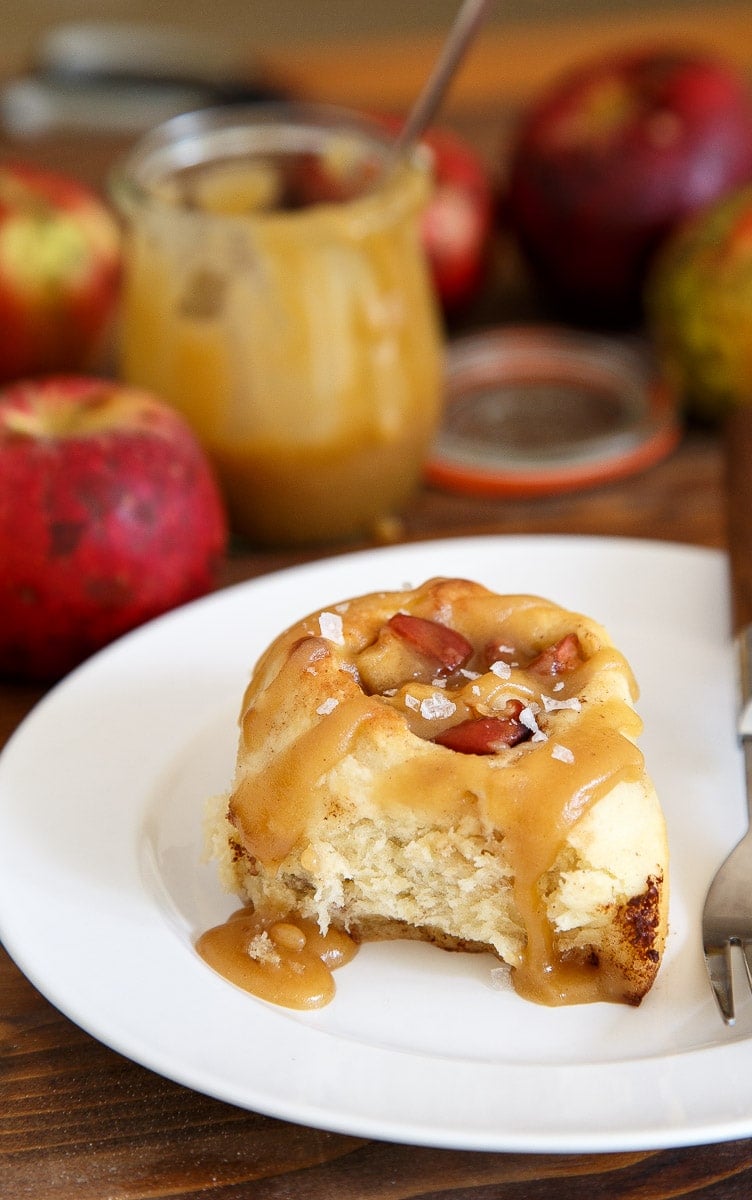 I drag my heels a bit when it comes to making cinnamon rolls.

I love carbz, please don't get me wrong. But the time it takes for the yeast to rise causes me to stall. So much so that I created a version of no-yeast cinnamon rolls.

I love them (and so do you!), but many have asked for a 'real' version of cinnamon rolls...with yeast. So, here I am. I made one that I don't hate to make because there's no rising time! Ok, well, you can let them sit on the counter while the oven preheats if you like, but it's really not necessary.

They're fluffy, tender, warm and packed with apples in caramel sauce. We're not using caramel sauce from a jar. We're just drizzling heavy cream into the pan at appropriate times to get an approximated caramel sauce. Easier than cracking a jar, I promise. 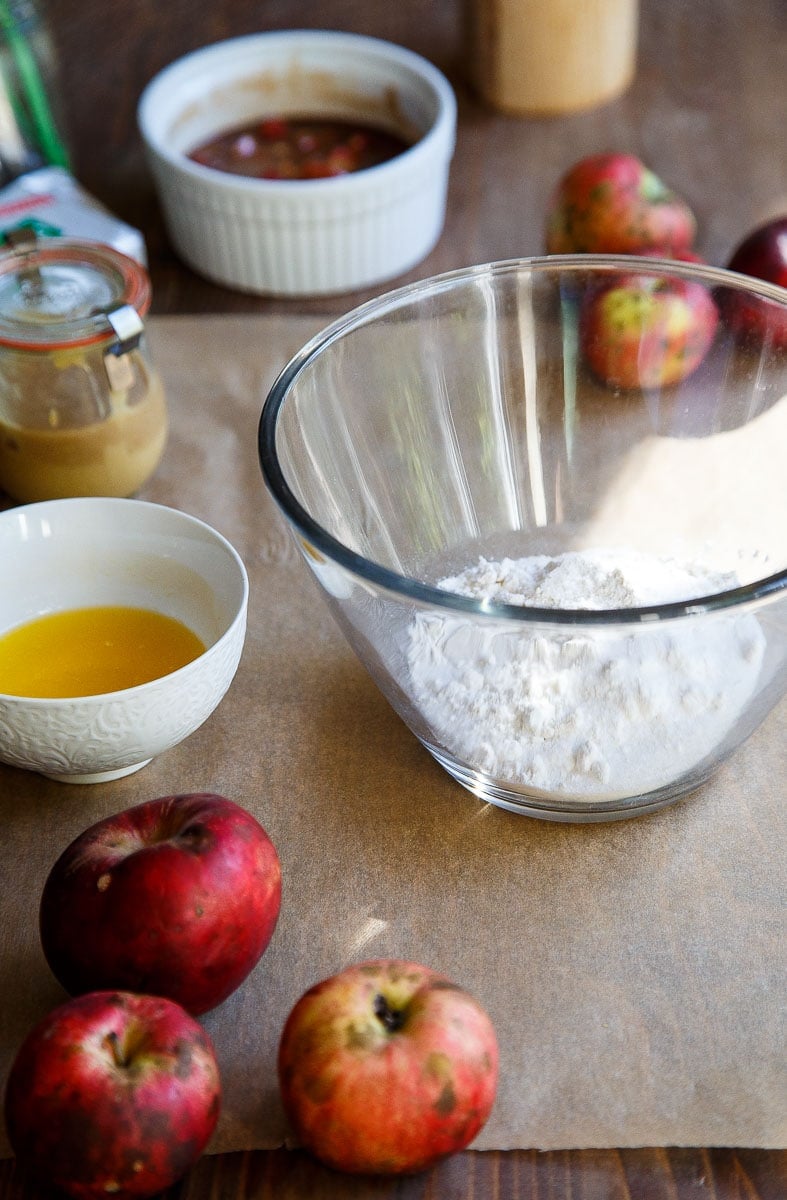 Start making these the minute the sun hits your window on a Saturday morning. Just a suggestion. The recipe makes 4 cinnamon rolls. So maybe it's a generous breakfast for two, but maybe that's exactly the type of thing you need on a weekend morning.

I feel like I should apologize for the appearance of my sad little apples, but these are the local apples I received in my CSA this week. While not as flawless and beautiful as apples at the store, these little guys are tops. I'm just happy to have local apples in September!

So far, we've downed a gallon of apple cider and scarfed through 2 bags of apples just making these cinnamon rolls and green juices, and it's not even October! It's going to be a good eatin' season, I can just tell. 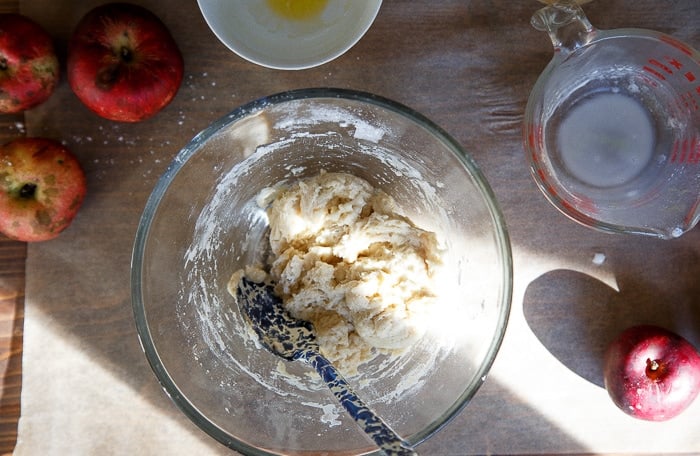 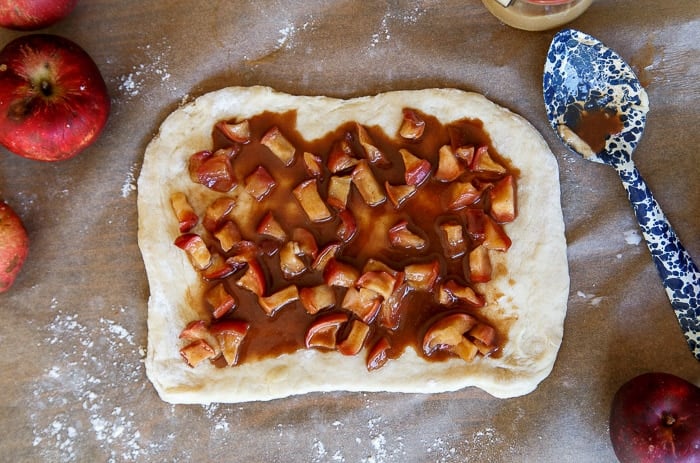 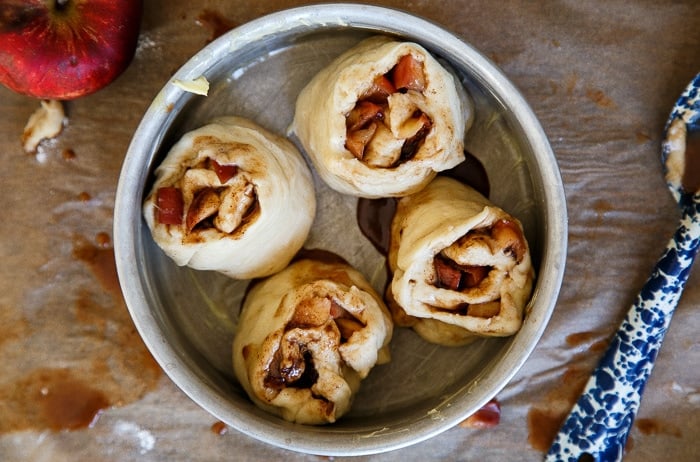 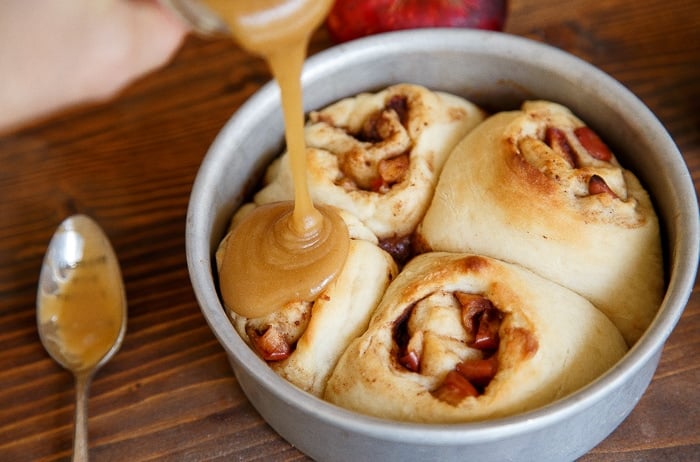 I felt a little guilty eating these for breakfast one morning in front of Camille, so I added a little cinnamon to her oatmeal with apple puree. She seemed to really like her 'cinnamon roll' oatmeal. 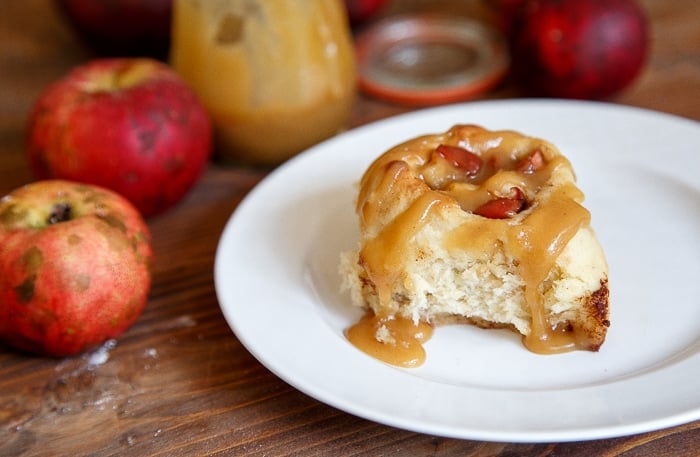 You know who else liked these rolls? My white dog. I covered up the bite he took out of the corner with a drizzle of caramel sauce. When I'm photographing my cooking process, I have a tendency to walk away and leave the table wide open for dog samples. My house is like Costco for dogs--just walk around and find the free samples.

But I definitely suggest saving these for yourself, not the dogs. And don't feed them to babies. Just use them as an awesome calorie source to give you energy to take care of babies.

Side note: I use this small muffin pan (not to be confused with a mini muffin pan; this is regular size). It only has 6 cups, and it's perfect for making these caramel apple cinnamon rolls.

For the apple filling:

For the caramel frosting:

I bake these in a 6" small round pan.