Mini banana pudding trifles for two made with caramel pudding for a fun twist on classic Southern Banana Pudding. 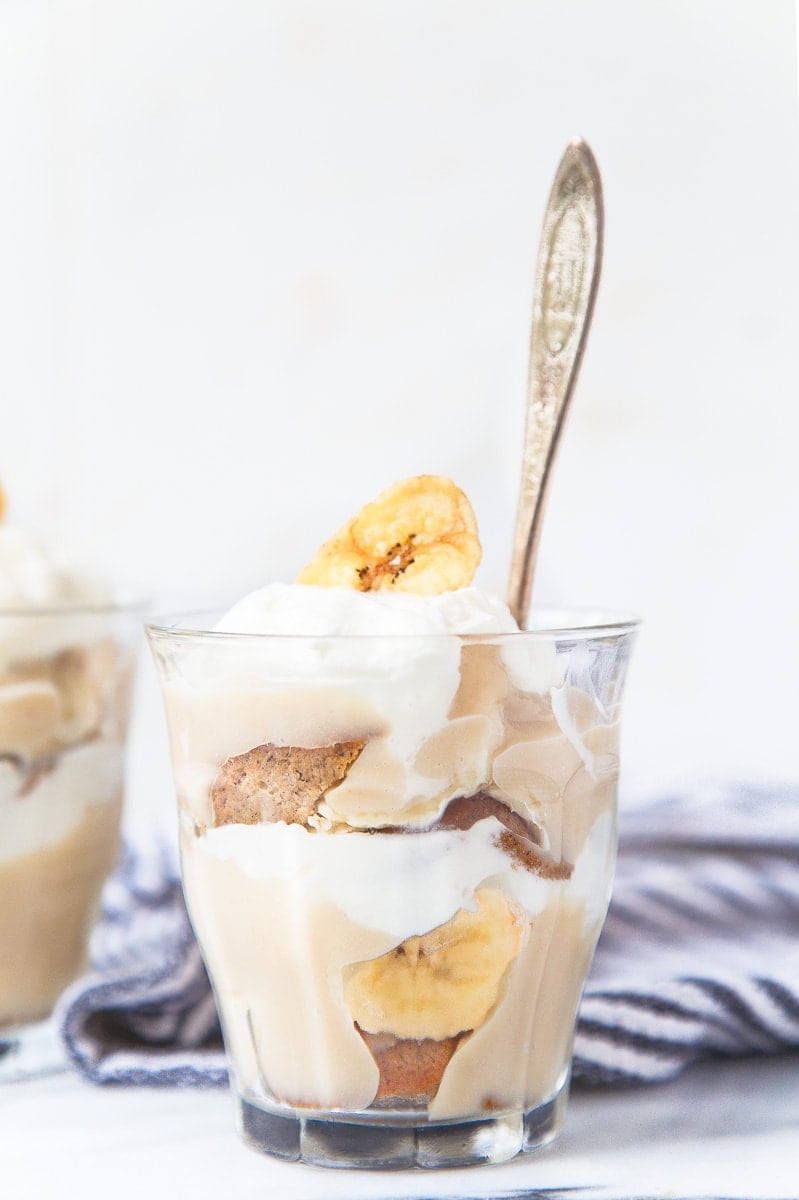 I just really need the world to know that you can make caramel pudding so easily.

Next time you venture down the path of homemade pudding (which I hope is very soon), can I beg you to caramelize the sugar before proceeding with your regular recipe? No extra pan required, promise! Even if the recipe is chocolate pudding--chocolate caramel pudding is just one extra step away. Butterscotch pudding--nope, caramel butterscotch pudding wins.

The person who opened my eyes to this lovely step in pudding prep is Billy Green of Wit & Vinegar. He combined his dessert prowess, hilarity, wit, and good looks into a real life book! It's called Whip it Up!, and I had to have it. It's got tacos, frozen treats, his grandma's desserts, and lots of margarita potential. I'm a big fan.

I'm also a big fan of scaling down banana pudding recipes so that I can eat the entire rest of the box of vanilla wafers. Banana pudding trifle for two for the win! 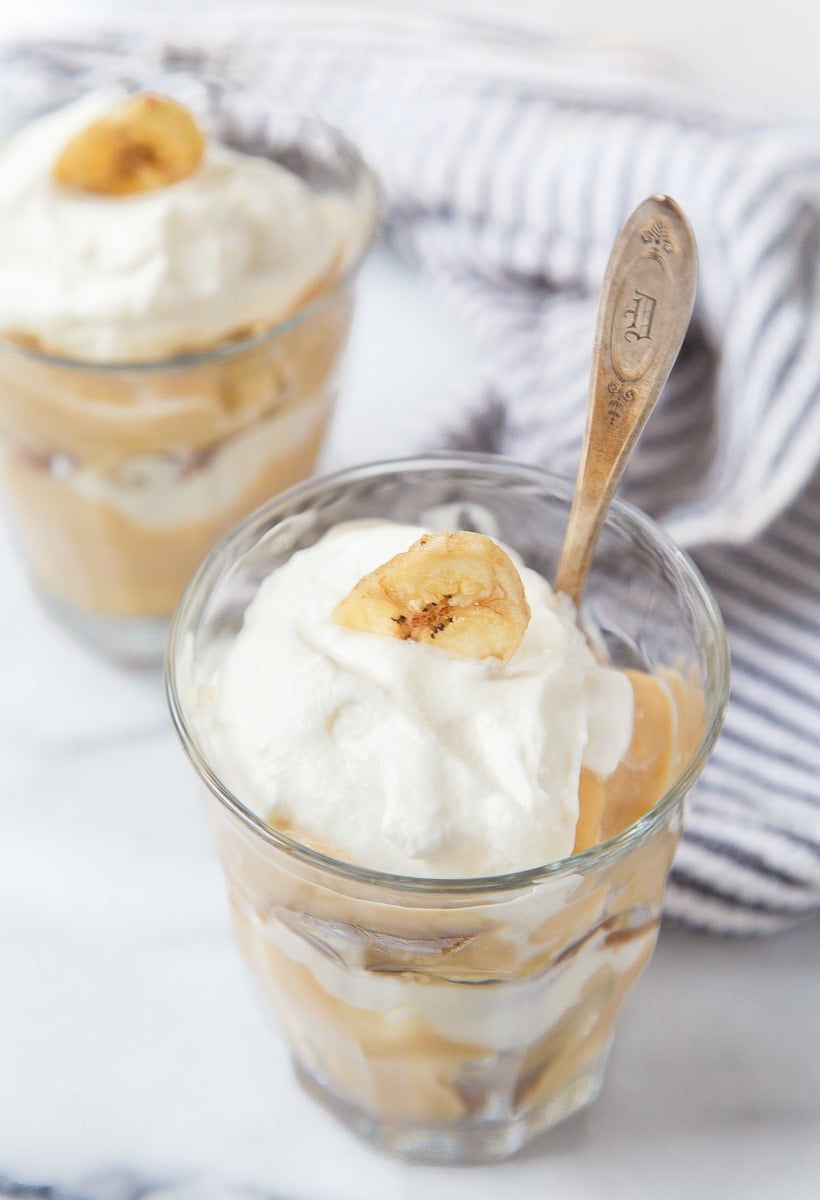 I scaled down his recipe for Caramel Banana Pudding to serve two, and he's totally cool with it. Even though we could clear out all 8 servings of this banana pudding between the two of us before noon, we shouldn't, right? Right?

That's because when the caramel is done, well..caramelizing, and you stir in the milk, everything seizes.

The caramel turns into one big crunchy sheet, and when you start whisking, it clumps around the whisk miserably. And you just start to think that life is really very unfair. But stay with me!

I would have thrown in the towel if Billy didn't hold my hand through this process, too. And sure enough, he was right--it really will melt and come together.

I made this caramel pudding 4 times in a row, and every time, I squealed a little when it was done. And then I shoved another handful of vanilla wafers in my mouth. I basically made the dessert you see here in the photos with cookie crumbs from the bottom of the box because I ate all the cookies during pudding prep.

Don't be like me. Make these mini banana pudding trifles with caramel pudding in a much more responsible way.