Let’s go back to you and all of the lovely things you want to make for your Valentine! I am loving all of your requests! When the request for chocolate marshmallows rolled in, I made them straight away. The thing about making marshmallows is that after you make them once, you have all the ingredients in your house to make them again. And then after you run out of the ingredients, you find yourself buying more boxes of gelatin and light corn syrup because after eating homemade marshmallows, the ones at the store are just no longer acceptable. It’s a habit, yes, but it’s one I’m happy to have because it only takes 15 minutes. Seriously. They take a few hours to set up, but start to finish work is only 15 minutes. It’s a sticky 15 minutes, but it’s a good time. 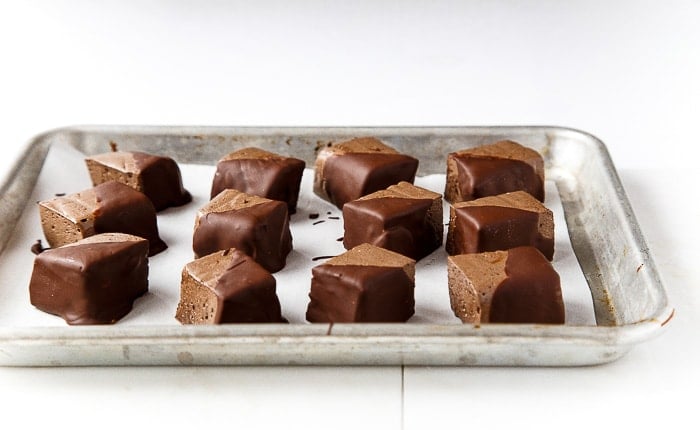 I used dark cocoa powder in this recipe to make them as dark and chocolatey as possible, but regular cocoa powder will be just fine. Another optional step is the dunking in chocolate bit, but during my rigorous taste-testing routine of taking a bite of a plain chocolate marshmallow followed by a bite of chocolate-dipped chocolate marshmallow, it was no contest. But just to be sure, I repeated the routine several times. It’s safe to say everything is better dipped in chocolate, and it’s also safe to say that I couldn’t be happier to be your official marshmallow taster. 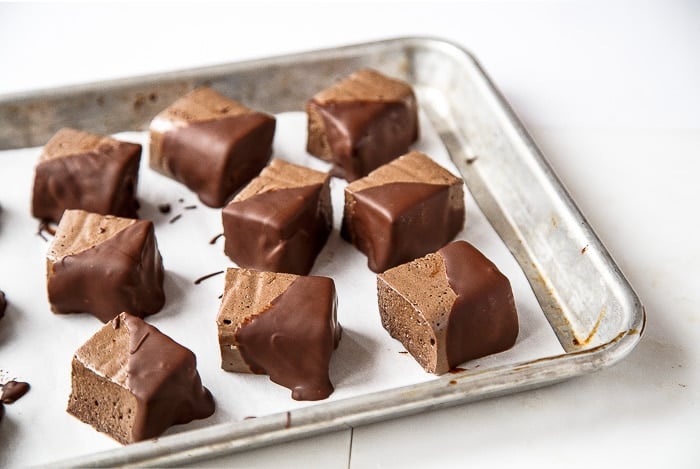 I based this recipe on my small batch of homemade marshmallows, so if you’re looking for a plain vanilla version, I gotcha covered there, too. The recipe is poured in a loaf pan to make 8 large marshmallows, or 12 mini marshmallows. I read on Pinterest that you can dissolve chocolate marshmallows in hot milk for instant hot cocoa. I haven’t tried that, since all of the marshmallows were used in my rigorous taste-testing process, but with the next batch, I will! But can you just imagine two of these babies floating in your hot coffee?

I have to go now. I can feel another round of taste-testing coming on. 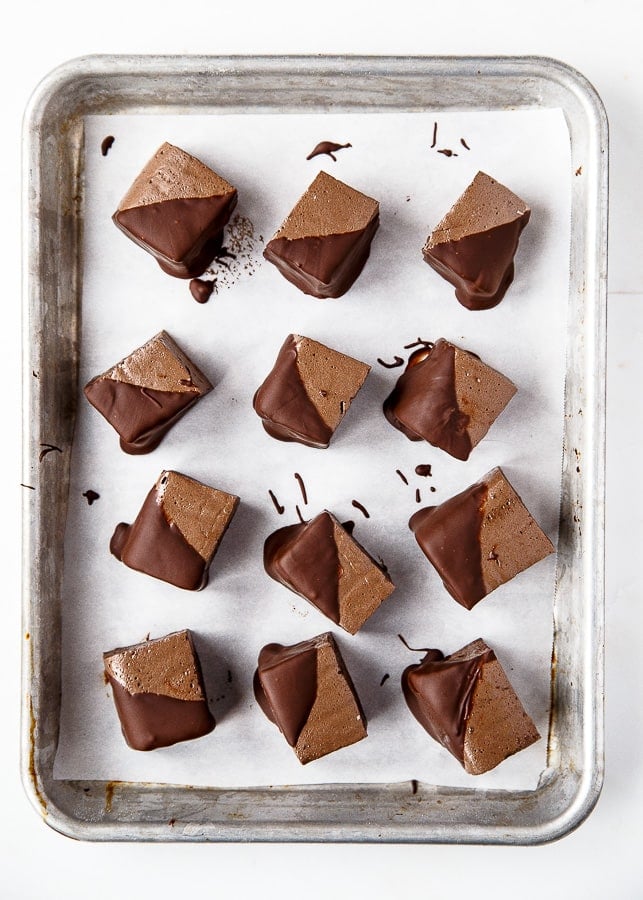 *You can use regular cocoa powder.