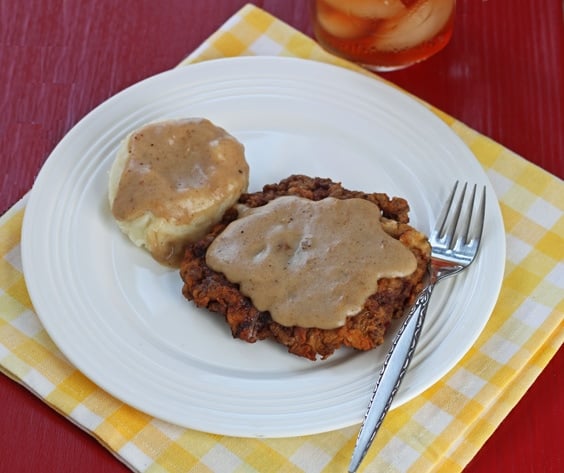 Welcome to the new Dinner For Two series here on Dessert For Two!  I receive frequent emails asking for dinner recipes scaled down to serve two people, and after mulling it over, I have decided to do it.  My current plans are to share dinner recipes once a month.  So, those of you that just come here for the butter-flour-sugar party won’t be too disturbed.

The dinner recipes will be my favorite Southern dinners.  There will be lots of buttermilk, cream and fried stuff.  Loosen that top button and get ready!

I want to begin the series with my all time favorite Southern meal:  Chicken fried steak with brown gravy and mashed potatoes.   If you’ve never had this delicious meal, pull up a chair and let me share it with you.

For two servings of chicken fried steak, I choose two cube steaks that weigh no more than 1/2 a pound total.  I sprinkle the steaks with seasoned salt (you may substitute regular salt) and pepper, then dredge them in a scaled-down batter and flour mixture, then fry. 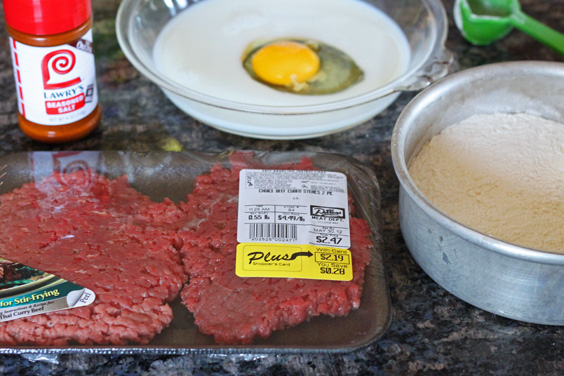 After the steaks fry, I drain off most of the fat from the pan and make a small batch of brown gravy.

Behold:  bubbling brown gravy.  This is what Heaven tastes like.  I just know it. 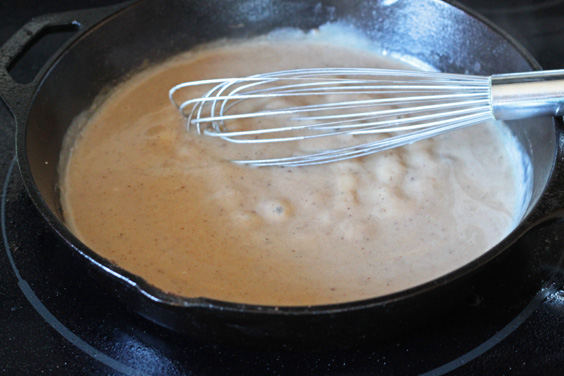 Since you’re making a pan of gravy, I highly suggest you make mashed potatoes on the side.  I included a recipe for a small batch of perfect mashed potatoes for two.  Just one potato, a couple of tablespoons of butter and a splash of buttermilk and you’ve got yourself the perfect vehicle for homemade gravy. 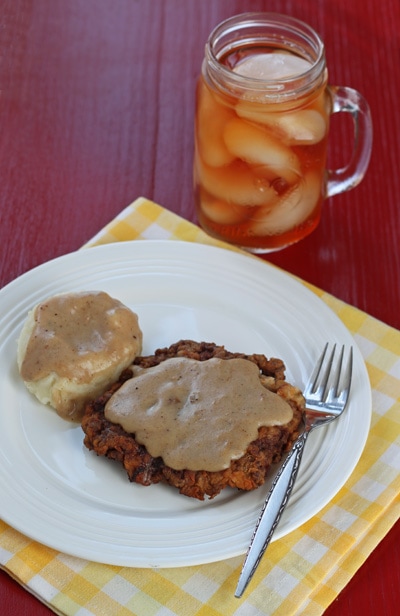 For the chicken fried steaks:

For the mashed potatoes: