Easy chicken pot pie made over toast instead of using crust! So easy, so lazy! 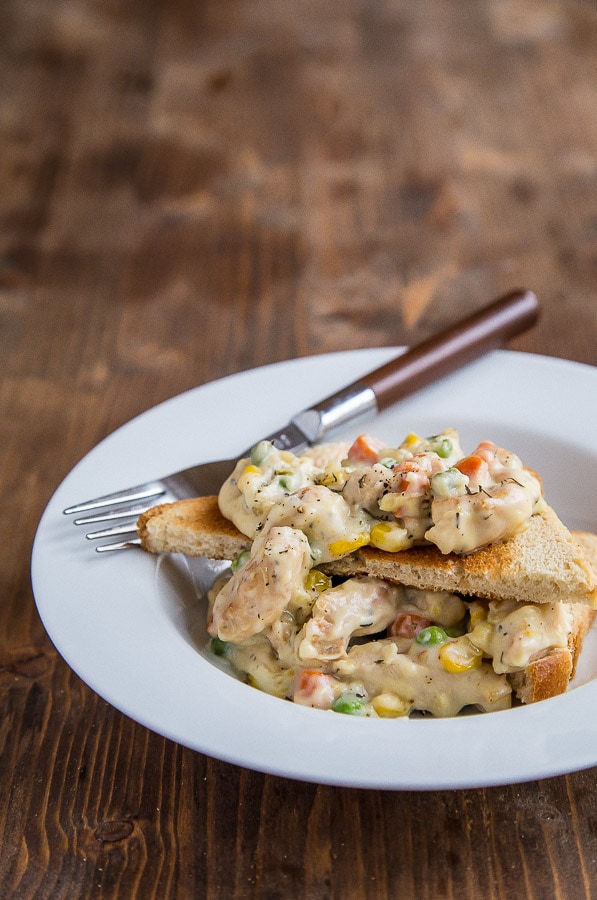 I’ve got beef with chicken pot pie. The thing is, if I’m going to take the time to make a double pie crust, I’m almost always going to make a fruit pie instead. Even if the chicken mixture is already simmering on the stove, I will grab pints of blueberries from the freezer, the odd half of a vanilla bean, and make pie super fast.

To this end, I’ve never had real chicken pot pie inside two crusts. This lazy girl method over toast is as close as it gets in my house.

I most definitely did not grow up on chicken pot pie. Unfortunately, I grew up in the 80s…when fat-free everything was the rage, and green boxes of Snackwells had their own aisle at the grocery store. Can you still taste the chemical after-taste of one of their fat-free chocolate ‘cookies?’ So wrong. SO wrong, 1980s. What were you thinking? Can we have a collective pause to rejoice that fat and flavor is ‘in’ and tastelessness is out? Hooray!

So, chicken pot pie was way too fattening for my house when I was a kid. I discovered Rachael Ray’s chicken and gravy sandwiches one day in college and never looked back. I don’t think I ever had a speck of graving growing up, except at Thanksgiving. Are you feeling sorry for me yet?

I devoured Rachael’s smothered chicken pinned between two slices of ciabatta bread every day for a week when I discovered that recipe. And Rachael strikes again—this recipe is entirely inspired by her latest issue. Rachael, if you want a share of my profits, just have your people call my people. My ‘people’ is most certainly my dog, but I hear you love animals as much as me so we’re probably cool on that front. 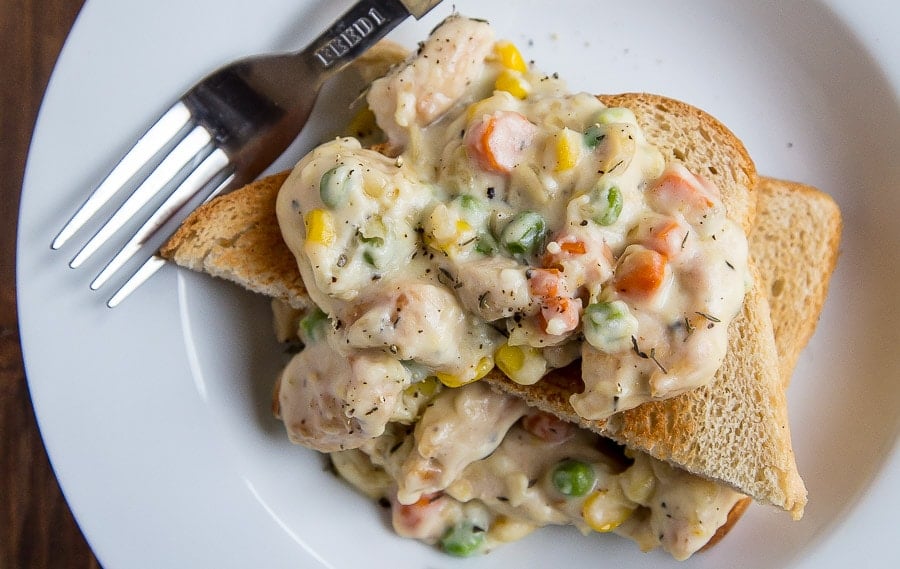 *The idea to serve chicken pot pie over toast instead of in a crust comes from Rachael Ray's magazine. The recipe is entirely my own creation, however. xo