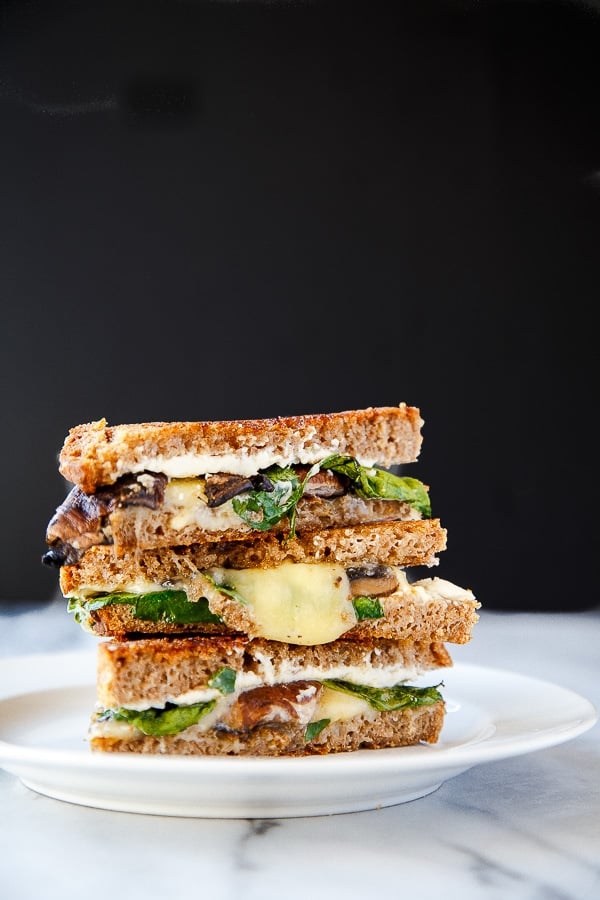 I feel like I should somewhat explain my lack of recipes around these parts lately. You guys, life is happening so dang fast. The minute we got home from New York, we finally realized that we had a baby on the way and maaaaaaybe we should think about getting a nursery ready. Let’s not talk about how I just made a baby registry last week…at 33 weeks. I’m officially the latest woman ever on that. I swear, the lady at Babies R Us looked at my belly and my clueless face and surmised I’m the world’s biggest idiot. I’m far from perfect, this I know.

There are also a few other mega-exciting things that I can’t exactly share just yet (but will just as soon as I can) that are taking up all of my free time. But, I keep reminding myself it really isn’t too much effort for me to make dinner earlier in the day and photograph it when the light is nice. Then, when dinnertime rolls around and it’s already cooked, well, that feeling is priceless. We eat dinner for two every night, and if I could just compliment the chef real quick, our dinners are pretty dang fantastic. The chef makes a real mess in the kitchen to produce such dinners, but after one bite, all parties—err..party of two—agree it was worth it. 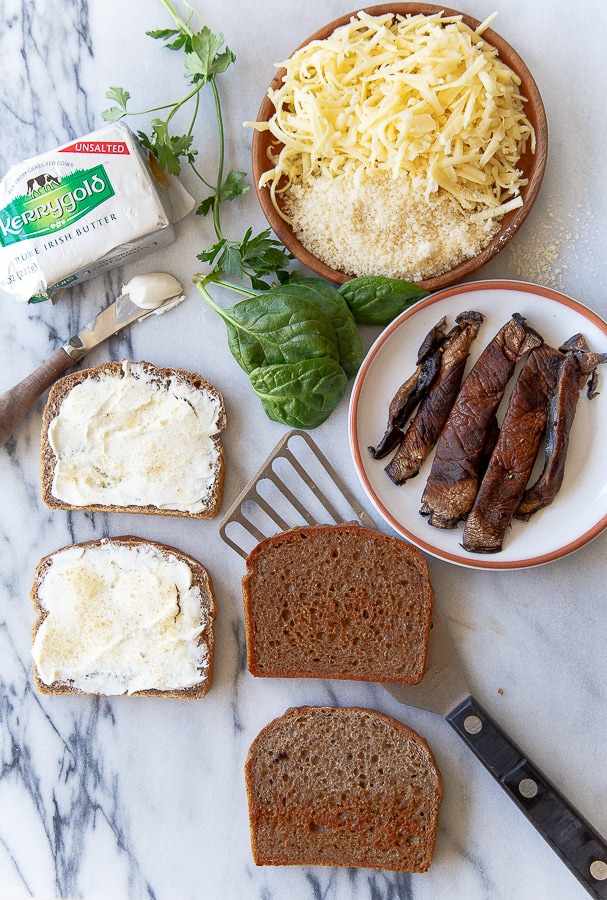 Just like you, I’m already thinking about summertime produce. But also just like you, it ain’t here yet. Although I’ve been dreaming of summer tomatoes, I’ve been buying mushrooms instead. It feels like a cheap trade-off, until I stuff them with cream cheese, garlic, and herbs and top them with bread crumbs before baking them. I’ve always loved stuffed mushrooms. So pop-able and perfect. I took the same flavors, and made a grilled cheese that tasted exactly like one big stuffed mushroom. You need 1 portobello mushroom per sandwich, and a little cream cheese sprinkled with garlic powder to open shop. Add a little shredded Gouda and fresh parsley or spinach to close your first deal. 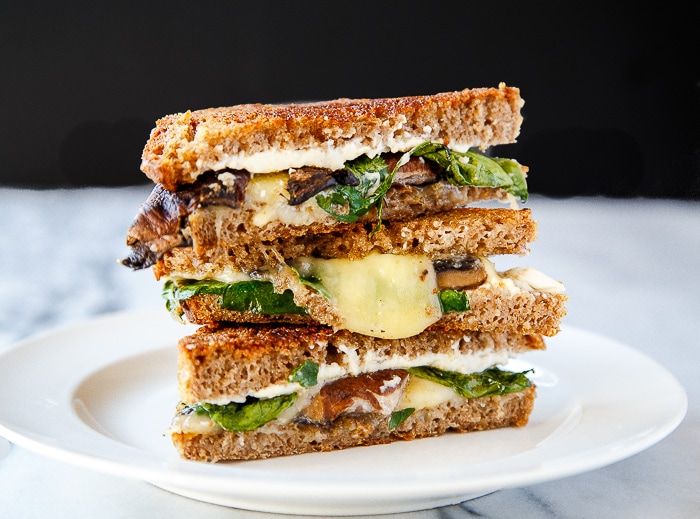