Lemon cheesecake bars with a graham cracker crust are the perfect summertime potluck recipe or lemon dessert for your lunch box treat.

If you're a fan of my small cheesecake made in a loaf pan (and so many of you are, yay!), then your next cheesecake obsession starts right here.

I actually halved that recipe to make an even smaller cheesecake for two. These lemon cheesecake bars with graham cracker crust have a nice layer of perfect cheesecake (that bakes up with zero cracks, I promise!) and a tangy little topping of microwave lemon curd.

Since I'm in the business of scaling things down, you're probably not surprised to see an even smaller version of an already small cheesecake. Gosh, I hope not!

I wanted a little lemon cheesecake square that you could easily bring to a potluck or tuck into a lunchbox. These fit perfectly into a one of the squares in a bento box, which is both good news and bad news for me. I'd rather sneak an extra lemon cheesecake bar than an actual sandwiches sometimes. You know me.

I bake this recipe in a standard 9" bread loaf pan to get 8 small bites of dessert. I use it a lot for small batch desserts, and I'm thinking that key lime pie is our next venture! Would you join me on that one? 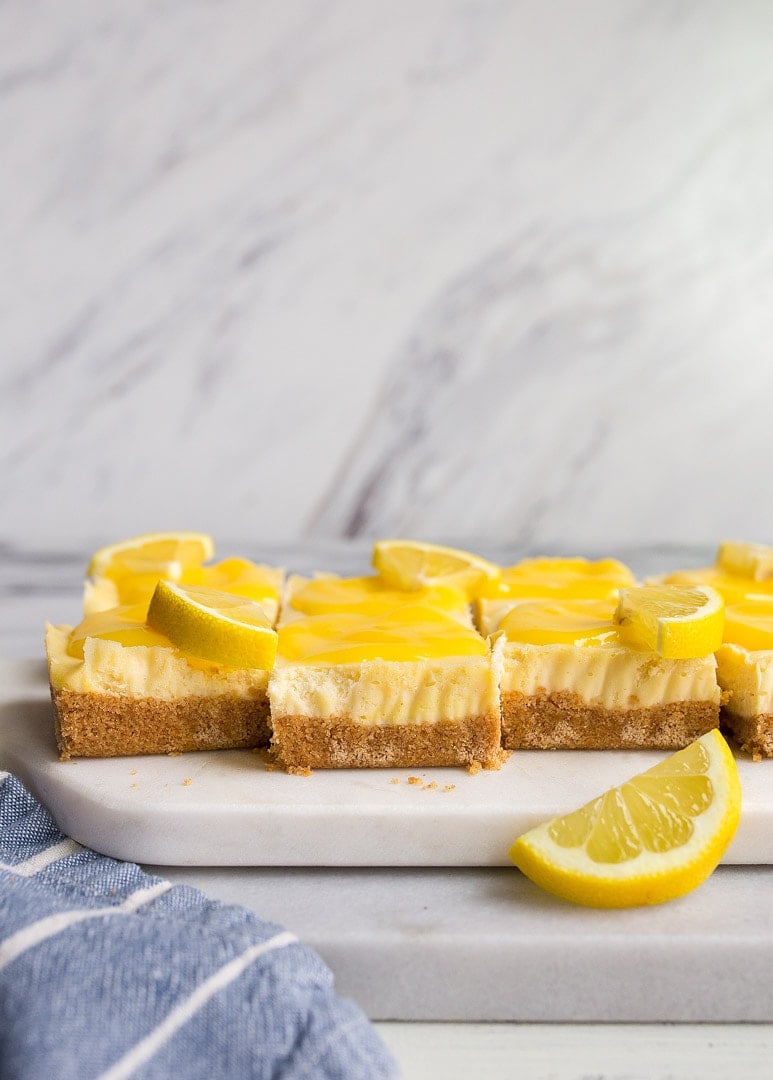 You can absolutely use Nilla wafers for the crust instead of graham crackers here, about 1 ½ cups of them. They require the same amount of butter to hold together as the grahams do. They're slightly sweeter, so I would leave out the sugar, but that's just me. 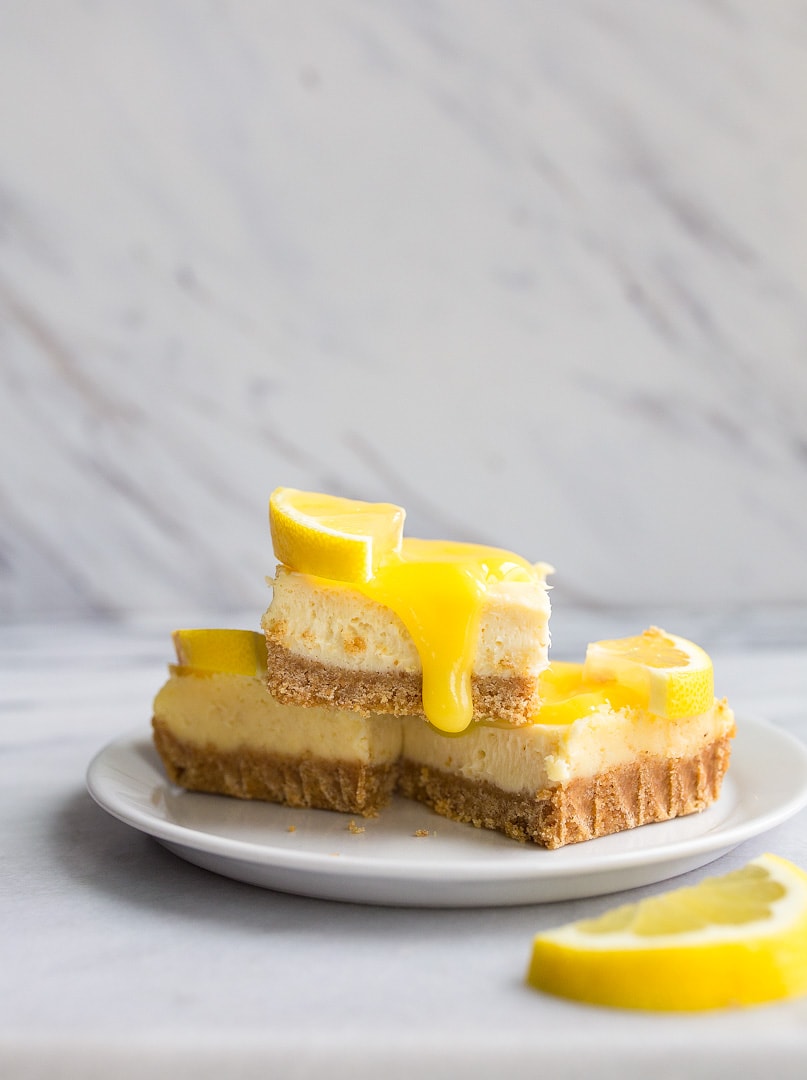 If you make these lemon cheesecake bars for a summer party, I would love to see! Tag me on instagram.

Also, be sure you're signed up to my weekly e-mail newsletter!

For the lemon curd: 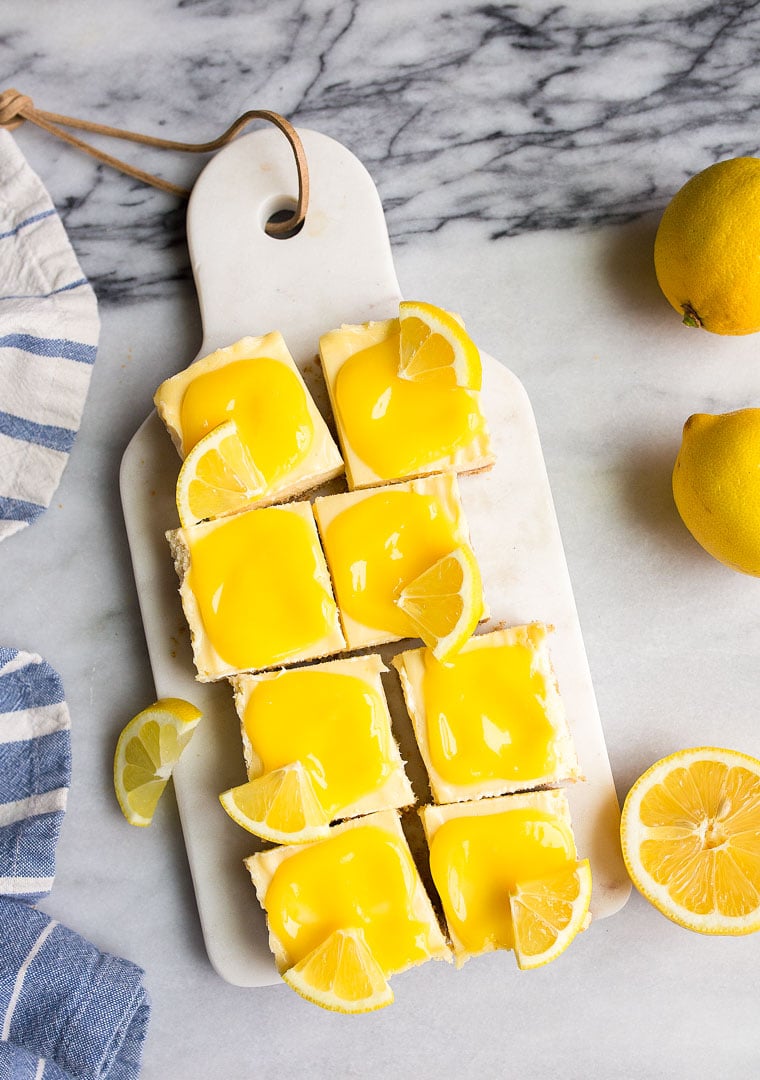