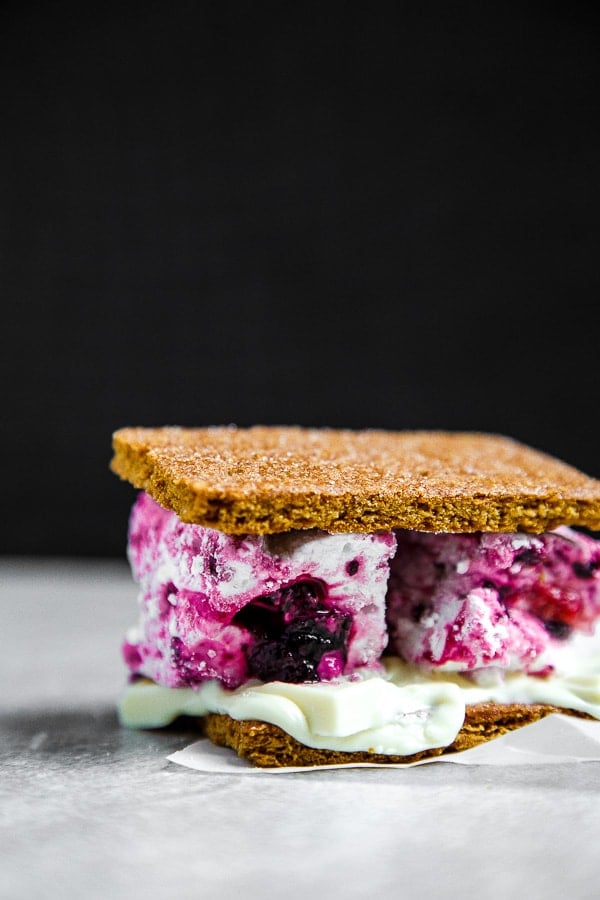 I’ll admit it:  I have a marshmallow problem. I used to think they were so difficult to make, so I avoided them. I paid ridiculous prices for pretty little marshmallow cubes made at bakeries. There’s just somethin’ ’bout a square marshmallow, no? But once I discovered I could make them myself in about 15 minutes, I’ve made them dozens of times since. I started with vanilla bean marshmallows. Then, I went to chocolate marshmallows. Now? We’re at mixed berry marshmallows.

I was hoping these would come across a little more ‘red-white-and-blue’ for your Fourth of July festivities this weekend, but it really just came across as purple and white. And I’m okay with that because they taste so dang good. Sometimes, you even get a pocket of a whole juicy blueberry and I think that’s pretty close to Fourth of July. 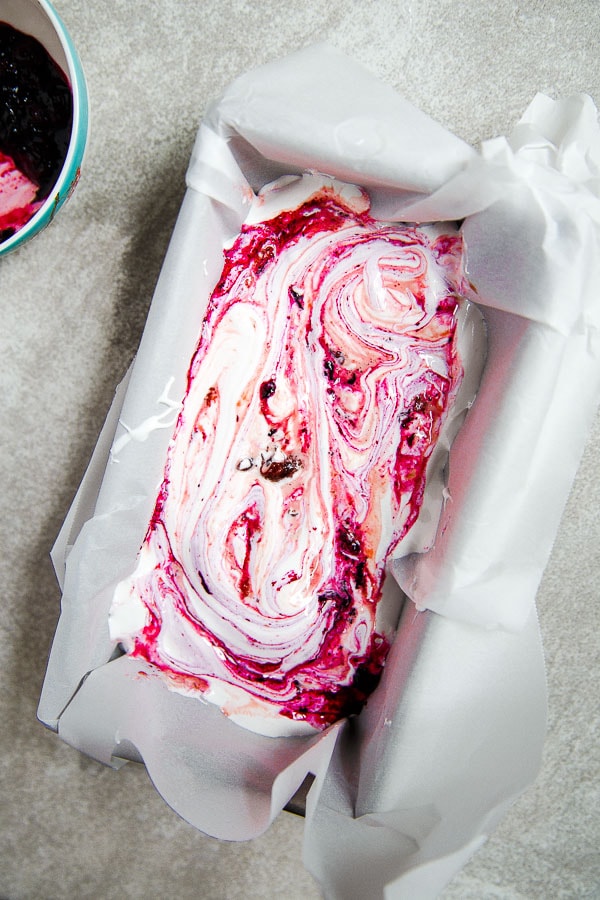 We have a super busy Fourth of July. We have our entire family in town for Camille’s baptism! I can’t wait! I wish I had the energy to make a huge meal for everyone, but honestly, we’re having it catered. My energy level isn’t back to 100% yet, plus breastfeeding and pumping take up so many hours in my day. So, I had to settle for a catered lunch. HOWEVER, you better believe I’m making homemade desserts. I’ll have piles of these mixed berry marshmallows for making s’mores, and I also plan on making banana pudding. If you need me on Saturday, I’ll be making banana pudding in as many dishes as I can find in my house. I’m just going to keep stirring pudding and slicing bananas until all of the casserole dishes, bowls, and baking pans in my entire house are filled. You can never have enough banana pudding. 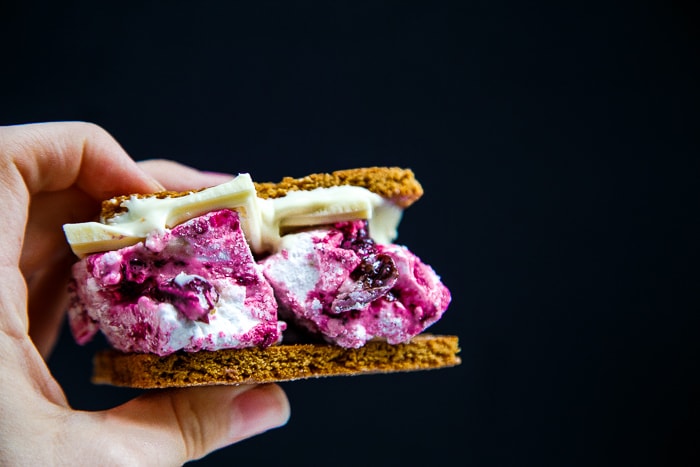