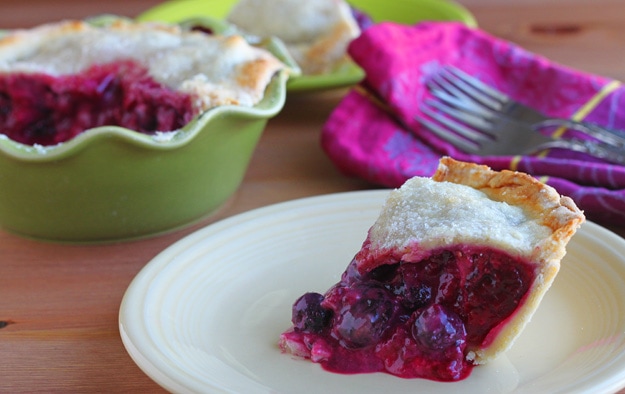 Hold onto your hats, folks, because I'm about to confess something:

I used to think that fruit was best enjoyed fresh, not cooked.  And then I met Esther.

I've told y'all a little bit about how I met Esther the first day I lived in California.  I said I would tell you the rest of the story, so here goes:

I moved to California in July of 2006, just months after graduating college.  Since apartment leases didn't start until September, I had to sub-lease a room in the interim.  I rented a room in a 3-bedroom apartment with two other girls.

My parents drove me to California with everything I owned in my Honda Accord.  (I wish I still owned so few things!)  Three days later, I pulled up to apartment #106 and knocked on the door.  Esther opened the door with a big smile, an apron around her neck and flour on her hands.  I said "nice to meet you" and walked inside.  She was baking an apple pie and watching Paula Deen on TV.  Was it written in the stars that we would be best friends or what?  Any doubts my parents had about leaving me in a strange state disappeared because of Esther's friendliness.

Esther and I were instant best friends, and we have been ever since.  Actually, everyone who lived in that apartment (including the girl whose room I rented and another girl who took the 3rd roommate's room a month later) is still good friends.  Over bottles of wine, we laugh about how apartment #106 brought us all together.  Here we are today, in each other's weddings.

Esther's pies made me love pie.  Her pies are the kind that drip butter when they are pulled from the oven.  They are the kind of pies that taste even better with ice cream, but you still sneak a few bites without it so you can taste the crust and juicy fruit.  The pie that made me a believer was her mixed berry pie.  It tastes like a triumph.  I asked for her recipe and she replied "oh, I just use a bag of frozen mixed berries and make my own all-butter dough."  Like that was an easy task! 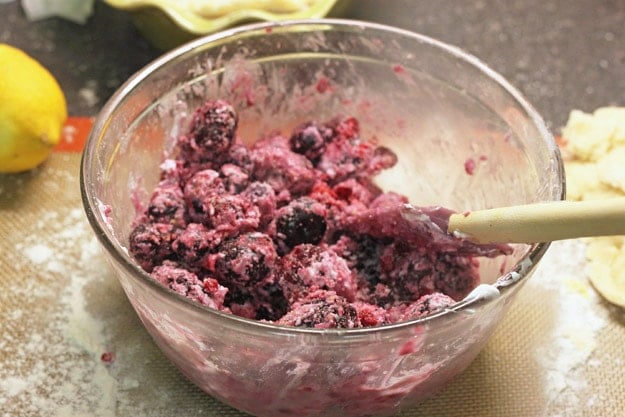 I did just like she said, though.  I took part of a bag of frozen mixed berries, stirred in some flour and sugar and tucked it into the pie crust.  I dolloped sour cream on top, and crimped the edges of the dough closed.  I put Paula Deen on the TV just to make sure everything turned out right.

I used a 5" mini deep-dish pie pan that Esther gave me for Christmas last year.  Isn't it darling?  You can use a regular 6 or 7" pie pan, too.