Blackberry cheesecake parfaits for two are so fun and pretty! They’re made with a fresh blackberry sauce and layered into jars for serving. No bake recipe! 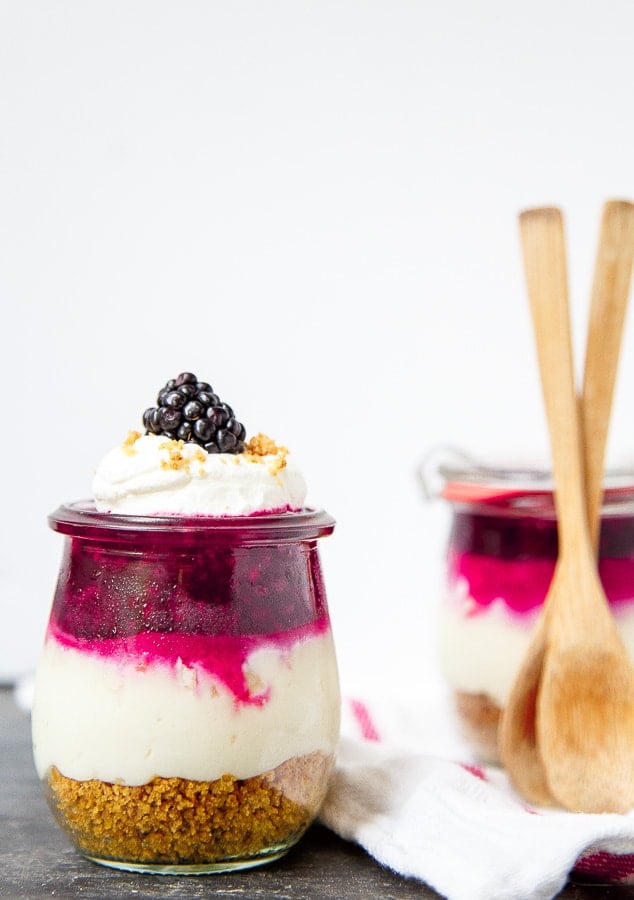 Can we please spend the rest of summer eating no bake cheesecakes out of jars with long spoons? It is so so so hot. So hot.

I just got back from one of those vacations that you need a vacation afterwards. We went to bed way too late, ate way too much food, and generally lost track of time chatting all day long.

It was refreshing to the heart to socialize so much, but these bags under my eyes need to catch their plane. 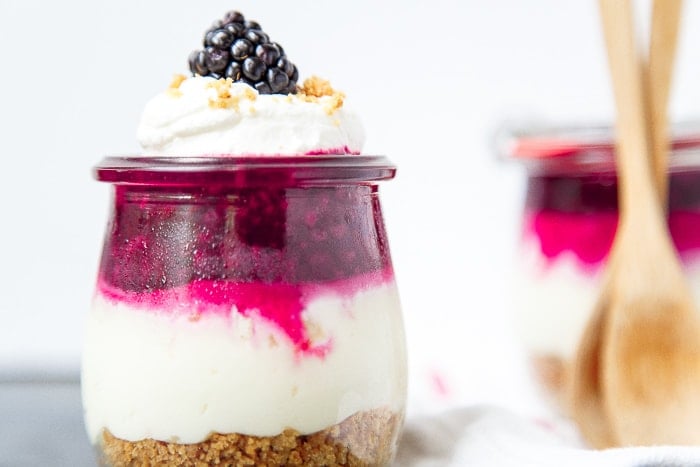 Most no-bake cheesecake recipes use sweetened condensed milk to set up. While that is delicious, it’s hard to know what to do with the leftovers when making a dessert for two. I have a few ideas (homemade licorice, mini peanut butter pies, hello dolly bars) but for this cheesecake, I used melted white chocolate as the binder. Even more delicious!

If you’re not a white chocolate fan, don’t worry–it doesn’t explicitly taste like white chocolate. It tastes like rich, creamy cheesecake. The graham cracker crust is the same as any pie you make: grahams + butter. The special part today is the blackberry sauce.

You can any summer beauty berry you like. Raspberries and blueberries are very welcome here, too!

The jars in the pictures are mini Weck tulip jars, and they hold just the right amount of cheesecake for two people! I adore them!

For the no bake cheesecake parfaits:

For the fresh blackberry sauce: