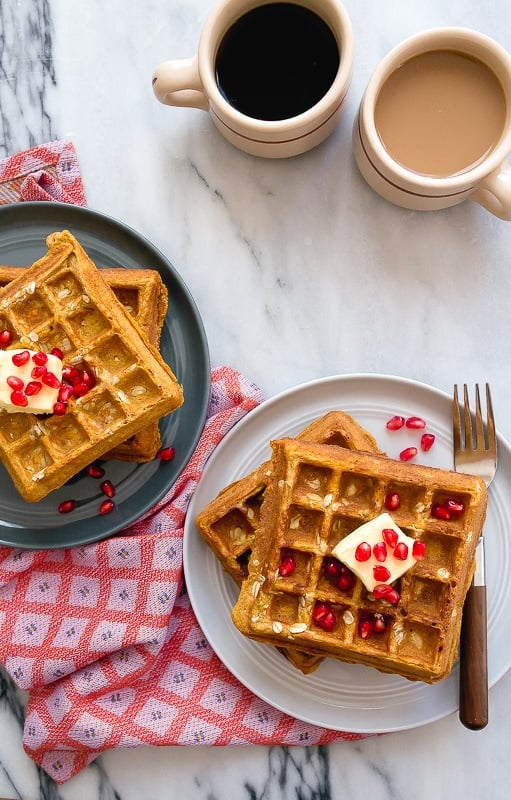 I really really wanted to call this 'baby's first pumpkin spice latte,' but because I can feel your eye rolls from over there, I didn't. But I did douse this whole wheat pumpkin oat waffle batter with a full tablespoon of pumpkin pie spice.

I will not confirm or deny that Camille steals a sip of my (decaf) coffee in the mornings. Basically, what I'm trying to say is: my baby and I each drink a grande Pumpkin Spice Latte every morning at Starbucks and talk about Gilmore Girls. (I'm kidding).

I stopped sharing a lot of baby food recipes. Judging by the emails, you noticed. Sorry about that.

The thing is, Camille started eating what we were eating around 11 months, and I never looked back...even though I probably should have, because the night she decided that she was going to eat what we were eating, I made spicy taco stuffed shells. I made the enchilada sauce from scratch, so I knew it had a bit of spice to it. It didn't bother her one bit. (Hashtag Texan!)

Anyway, save for a few batches of homemade graham crackers, Camille eats exactly what we eat, with some extra fruits and vegetables thrown in at snack time.

I've been having this problem with oats, though. I made her too many oatmeal + fruit puree breakfast combos when she was a baby, and now, she will hardly touch oatmeal. I over-did it. Bad Mama. So, now I'm always trying to sneak oats into her life.

I came up with this pumpkin waffles recipe when I noticed Heidi had a recipe for whole wheat waffles in her latest book, Near and Far. This is a very loose adaptation of her recipe. I plopped in pumpkin, coconut milk instead of buttermilk, and did I mention the pumpkin spice? Oh, I did.

You can eat these, too! 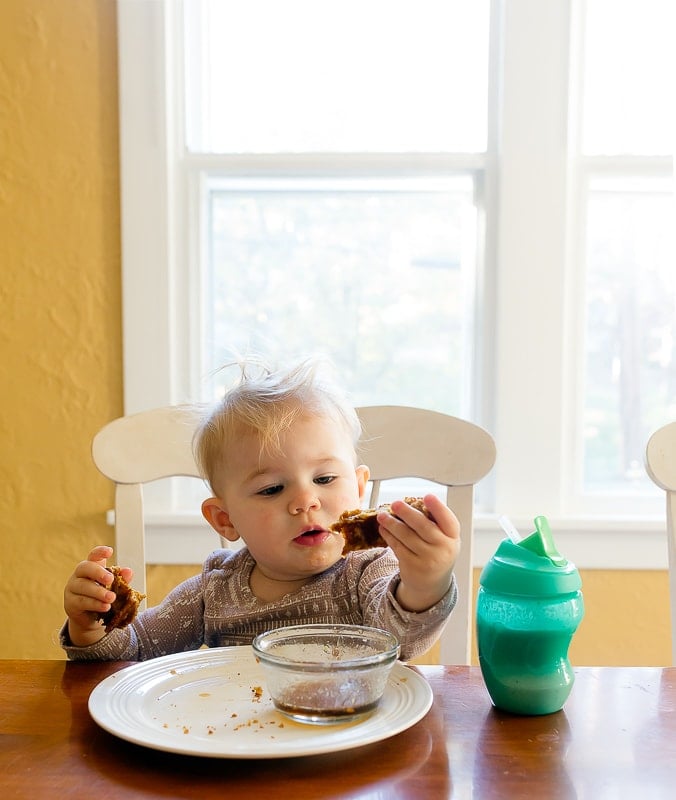 I like to slice the waffles into sticks, and help baby dunk each stick in maple syrup.

These waffles lack sugar, because I had a feeling the dunking in maple syrup part was going to get excessive (and it did). It's a good idea to let your kid dunk in syrup while limiting sugar in the actual waffle. They'll get plenty in the syrup bowl.

When I was growing up, my mom always melted the butter into the maple syrup, and it seems absolutely ridiculous to me why you would do it any other way. 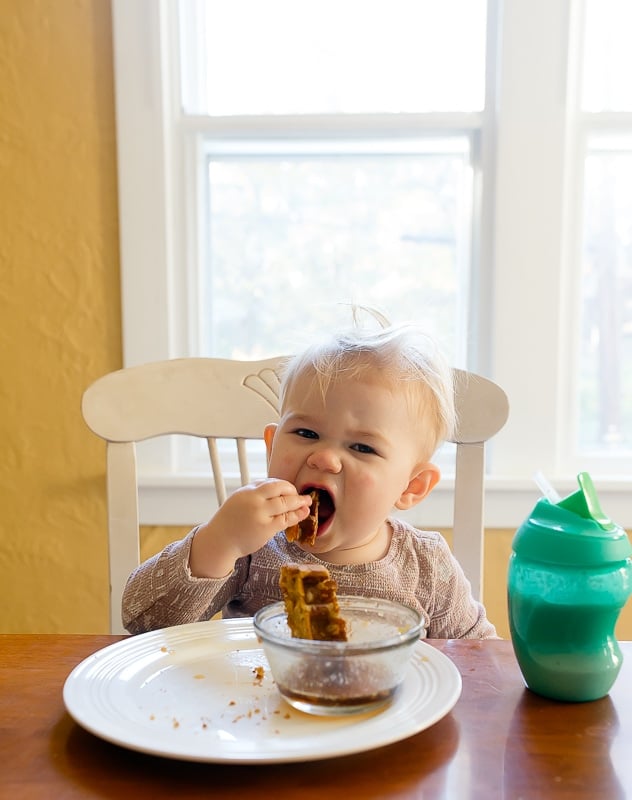 Does anyone want to talk about what it's like having a blond haired, green-eyed child while both you and your husband have brown and brown? Anyone? Just me? K. Thanks. 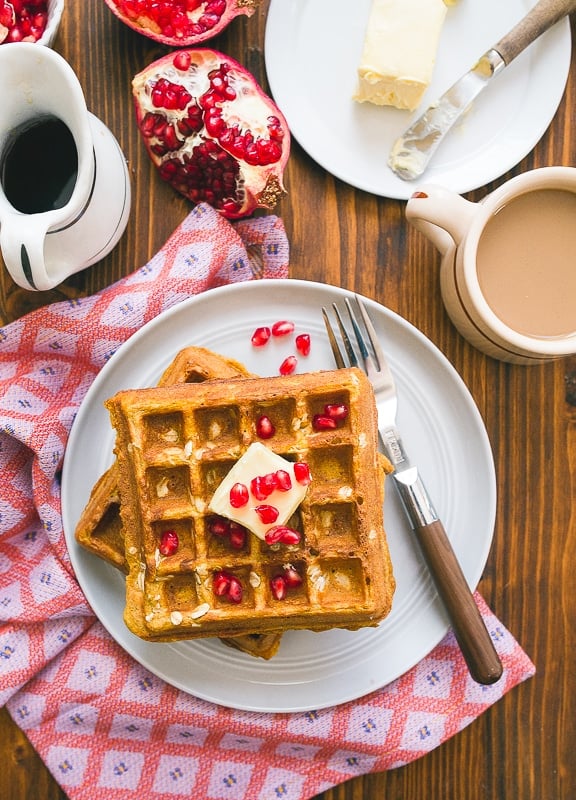 How to store pumpkin waffles in the freezer:

This recipe makes 8 large waffles. I slice them into sticks, lay them flat on a baking sheet and freeze. Once they're frozen, then you can pile them into plastic bags for long-term storage. Camille is 19 months old, and usually eats 2 sticks at breakfast.

I hope you love these pumpkin waffles!