I'm fully ready for Fall, and I'm armed with this recipe for pumpkin spice cinnamon rolls made in a muffin pan!

The recipe makes just 4 cinnamon rolls, and they're made entirely without yeast! They're based on my small batch cinnamon rolls that are just plain cinnamon. The addition of pumpkin makes them even better! 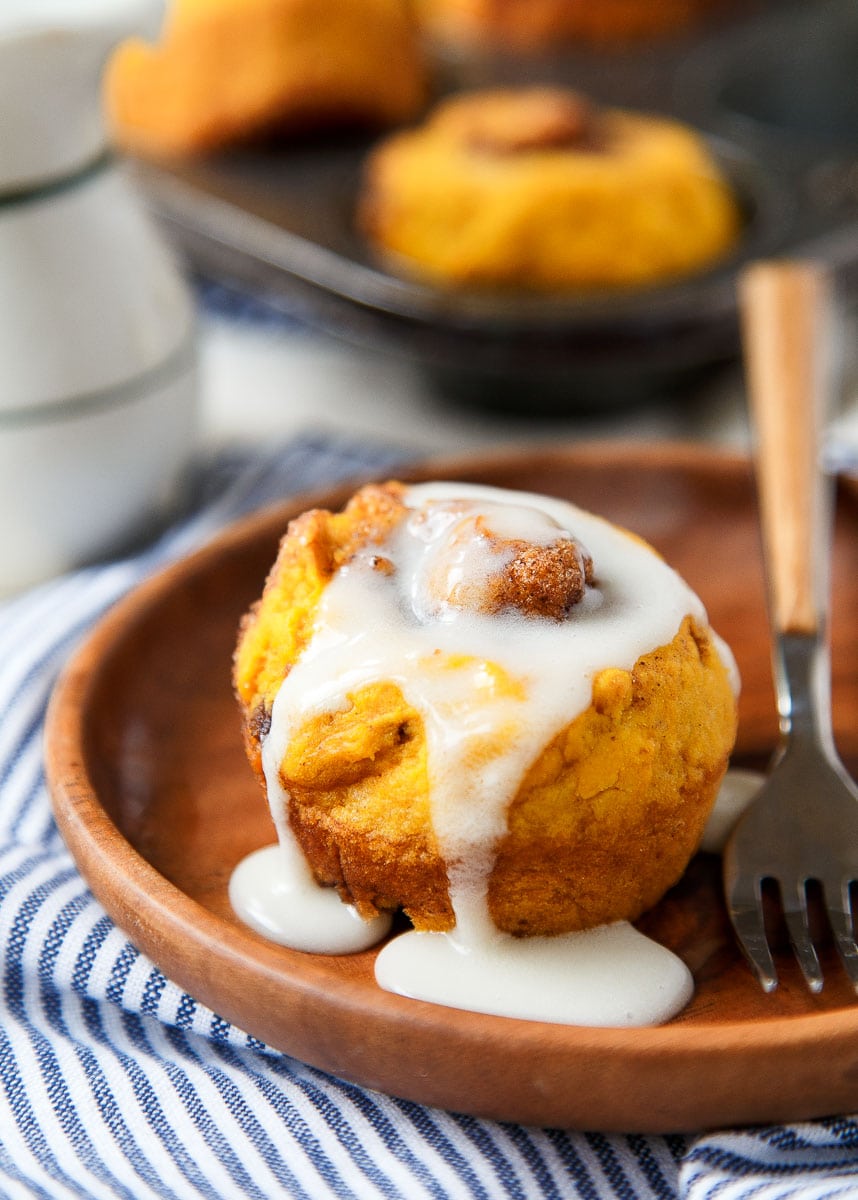 I can't be the only one who types 'pumpking' every single time, can I? I think it's fitting, though--pumpkin is the king of fall.

So, when a request for a pumpkin spin-off of my no-yeast cinnamon rolls came in, I skipped in the kitchen and got to work. I hardly need an excuse to play with that recipe; it's so easy and fun to work with.

It takes a tiny bit of skill to them gently roll the dough out into the rectangle, but then a quick drizzle of butter, a sprinkle of the spice mixture, and roll, roll, roll.

Slice into 4 rolls, pop into muffin tins, and bake! It couldn't be easier to stuff a cinnamon roll in your face. 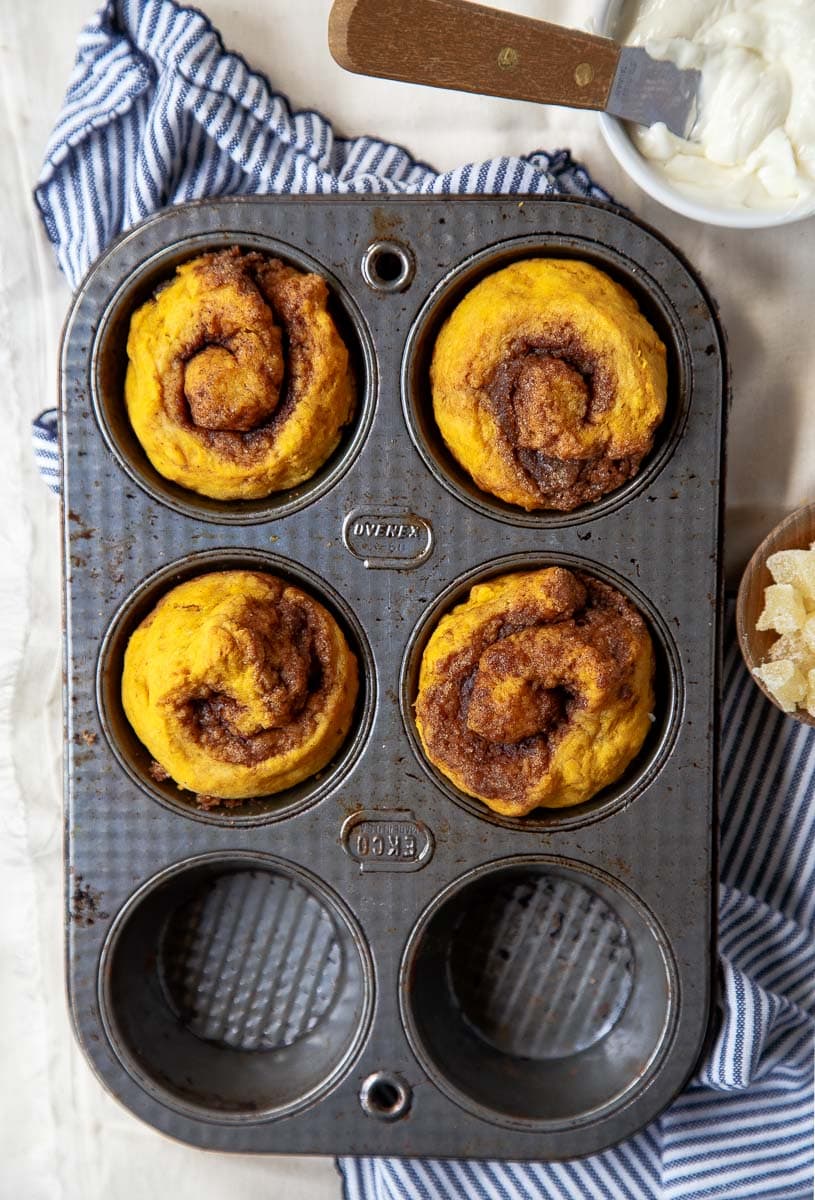 These pumpkin cinnamon rolls are packed with pumpkin, but they also taste like pumpkin pie, because the cinnamon-sugar filling mixture also has a big dose of ground cloves and ginger. It really makes it taste like pie. And I really like it.

I can't remember which readers requested these rolls, but here ya go! I hope you love them as much as we do!

I've heard that if you drink a cup a pumpkin spice latte while eating pumpkin spice cinnamon rolls, you'll have good luck all Fall long! 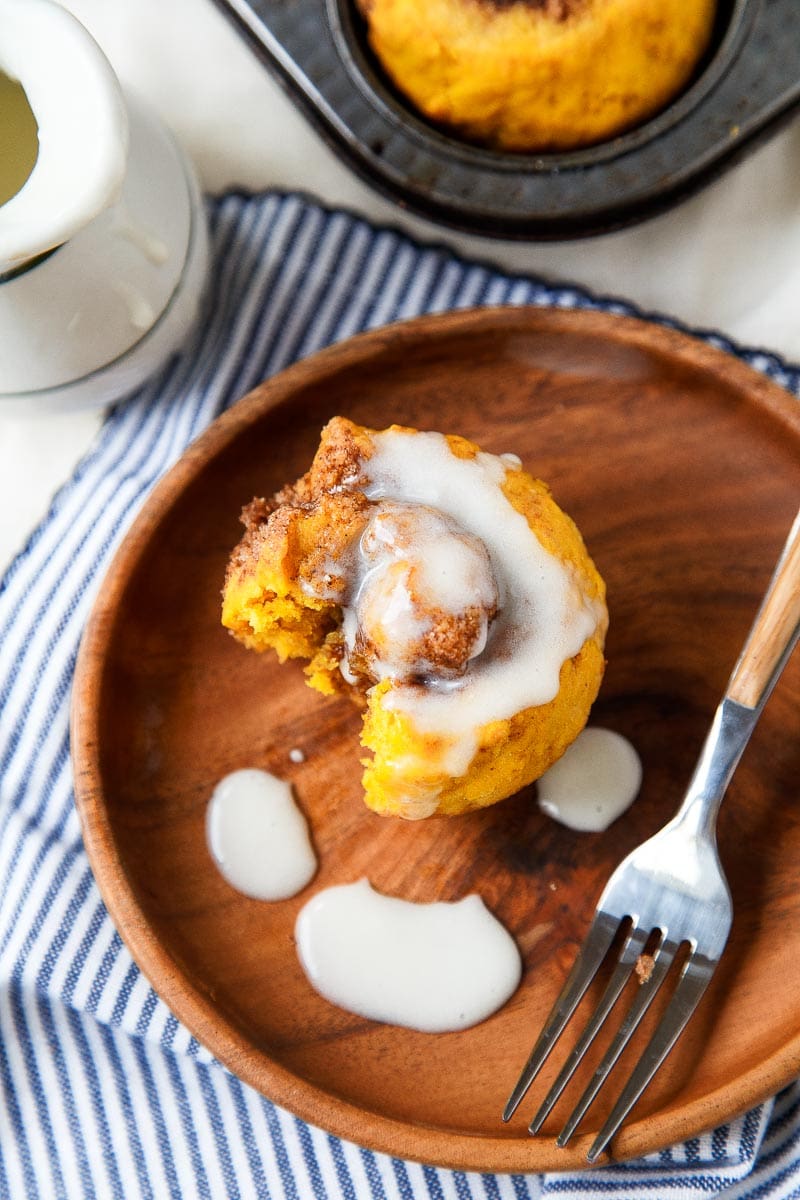 The muffin pan I use is vintage, and I love it because it only has 6 cups! But, if you're lacking your grandmother's vintage small muffin pan like me, here's a great substitute!