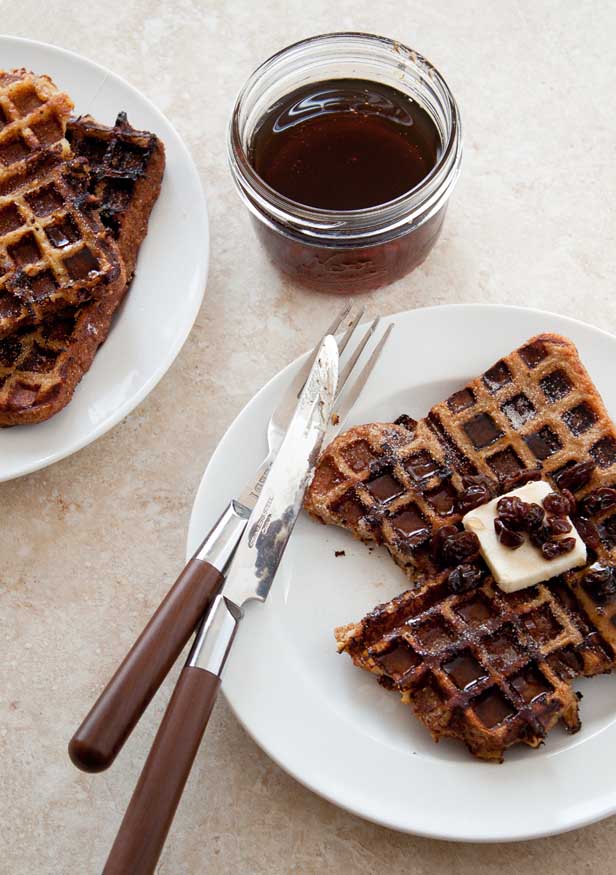 Since Valentine’s Day falls on a Friday this year, I think we should celebrate all weekend by making lots of desserts for two!  But, I’m slightly biased in that opinion.  On the slight chance that you and your Valentine are celebrating Valentine’s Day on Saturday with a breakfast in bed option, I’ve got you covered.

Men!:  take your woman out, she doesn’t want to cook on Friday.  She also wants one of those cocktails that’s too difficult to make at home.  Order two.

Women!:  make your man this French toast that you cook in a waffle iron.  It’s so easy, I know you can do it!

I used 100%whole wheat bread because I love it, but I’ve noticed that whole wheat bread has a bit of sugar or molasses to sweeten the grain flavor.  This is good news.  While I’m not making any health claims of a bread that is dipped in eggs, milk and sugar, I’m just concerned that white bread won’t hold up as well on the waffle iron. Go for whole grain.  And then eat two because it’s healthy! {health claim. oops} 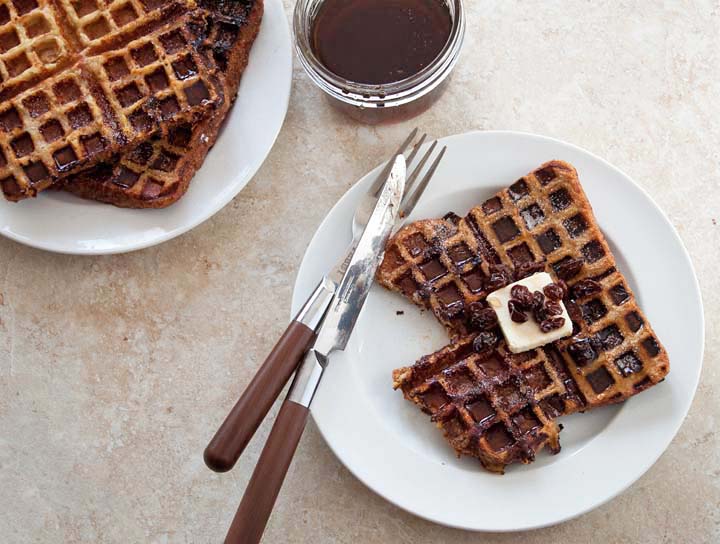 The rum raisins on top are only if you like raisins.  Some people have violent reactions against them.  They’re just a dried fruit, you know.  You pay $11/pound for dried mango but eschew raisins?  I don’t get it.  Try them soaked in rum.  It just might make a believer out of you.

For the optional rum raisins: