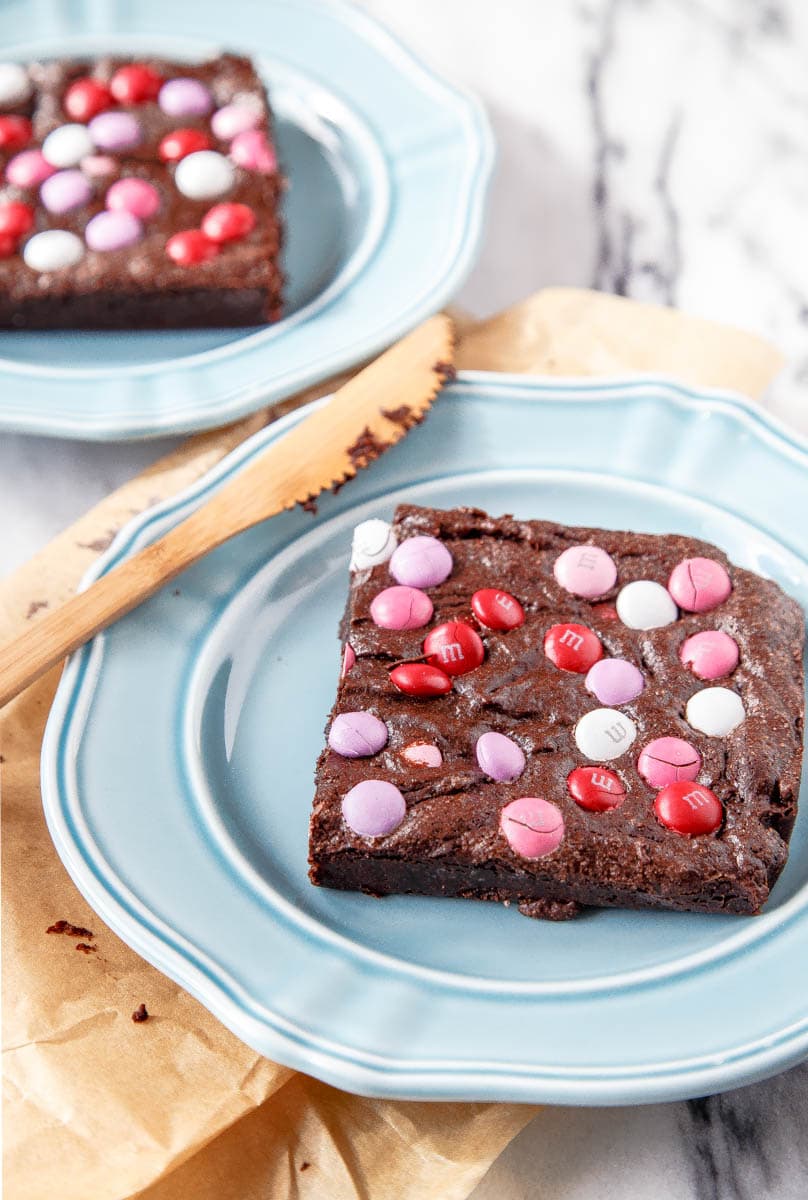 Are you familiar with my concept of brownies for two? I bake a small batch of brownies in a loaf pan (<–link to the exact one that I use).

If you’ve been reading this site for a while, you’ll know that my loaf pan is my favorite way to scale things down. I use it for small batches of  blondies, marshmallows, and even lasagna!

My brownie recipe made in a loaf pan has been oh-so-perfected over the 6 years I’ve been scaling down desserts. Yes, 6. I’ve eaten a lot of brownies in 6 years. Let me tell ya. (Let my hips tell ya).

As if cutting the brownies in half into two giant bakery-sized pieces isn’t fun enough, my all-time favorite best-brownie-recipe ever is made in the microwave.

Yes, really these brownies for two are made in the microwave! Since this recipe is easy, simple, and cute, you just have to make your sweetie brownies from scratch for Valentine’s Day. 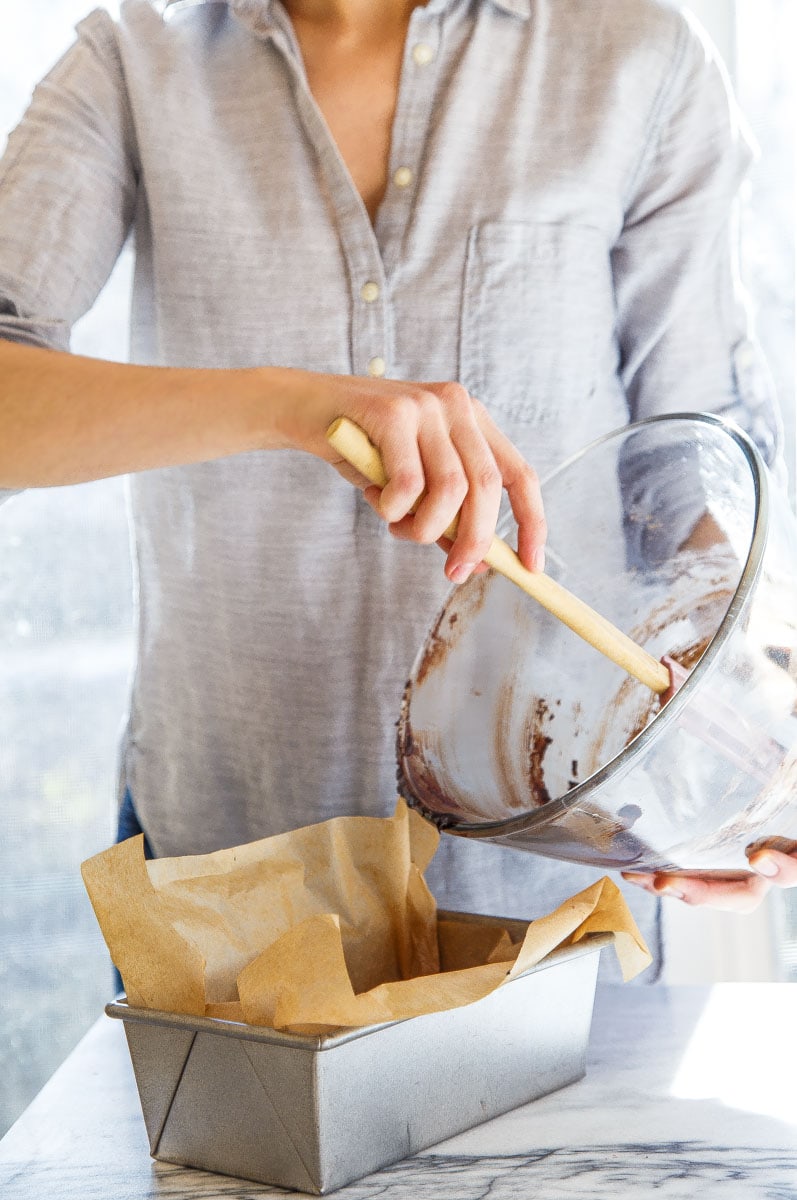 Start by combining butter, sugar and cocoa powder in a microwave-safe bowl. Microwave for two 30-second pulses, stirring in between. Stir in an egg, vanilla, and salt. Stir for 50 strokes! Scrape into pan to bake. Easy! 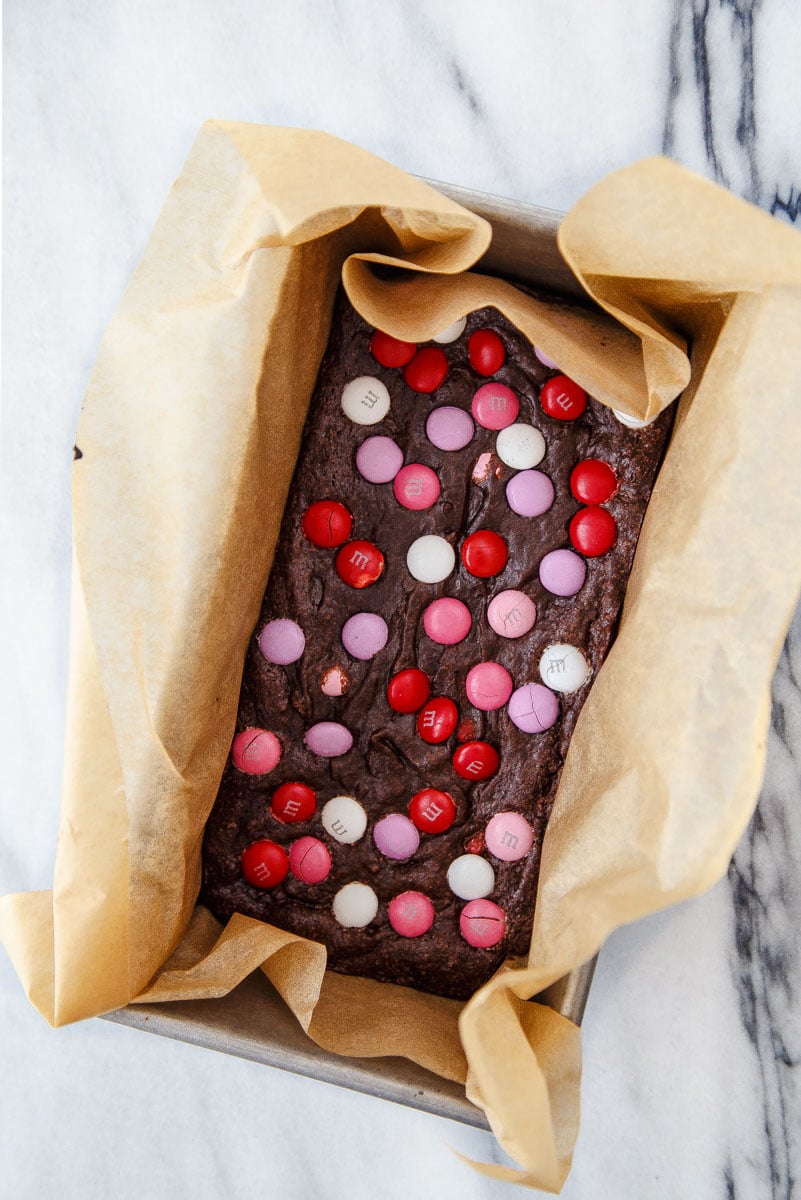 For today’s Valentine’s day dessert for two, I stirred in pretty pretty M&Ms. Other fun things to stir in or press into the surface: mini chocolate chips, your favorite chopped chocolate bar, chopped pieces of crystallized ginger (oh yes), chopped candy bars (especially the ones with caramel!) and even sprinkles!

There’s hardly a brownie topping that I don’t love. 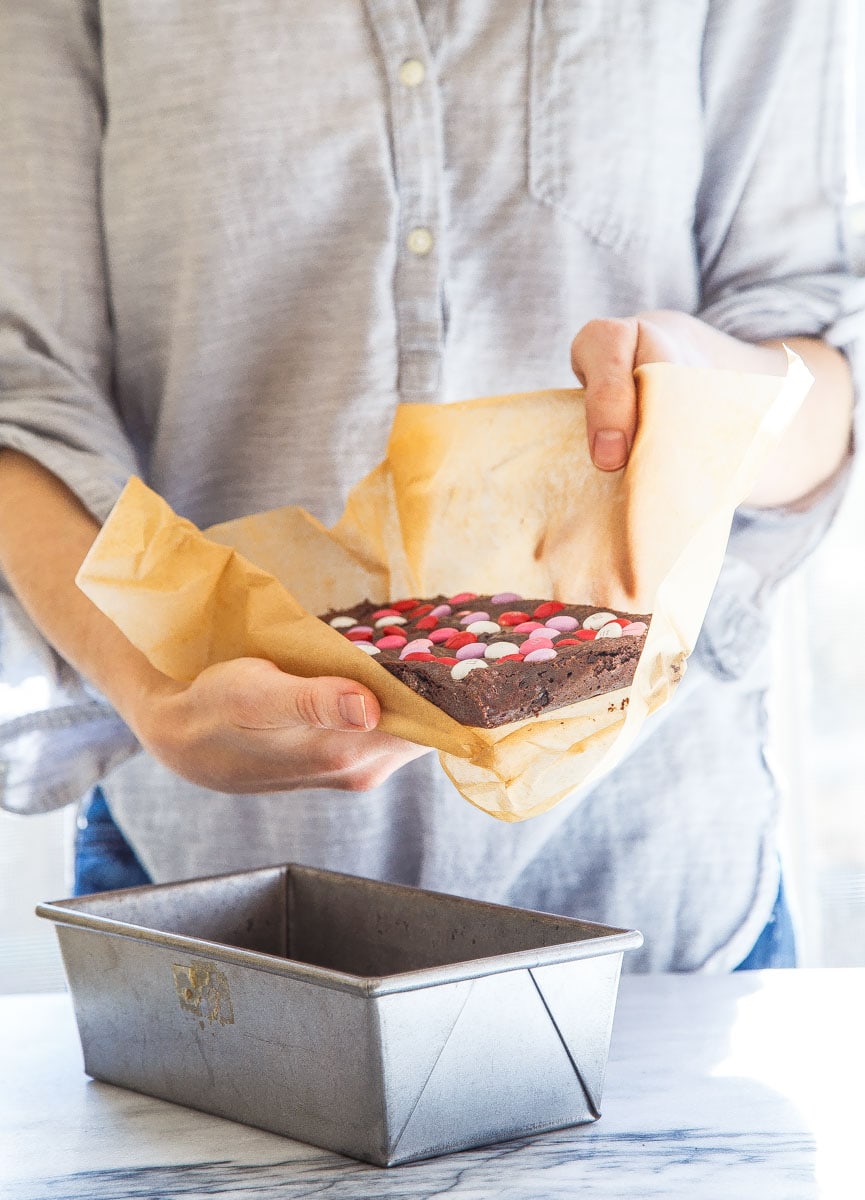 They easily lift out of the pan if you line it with parchment paper. 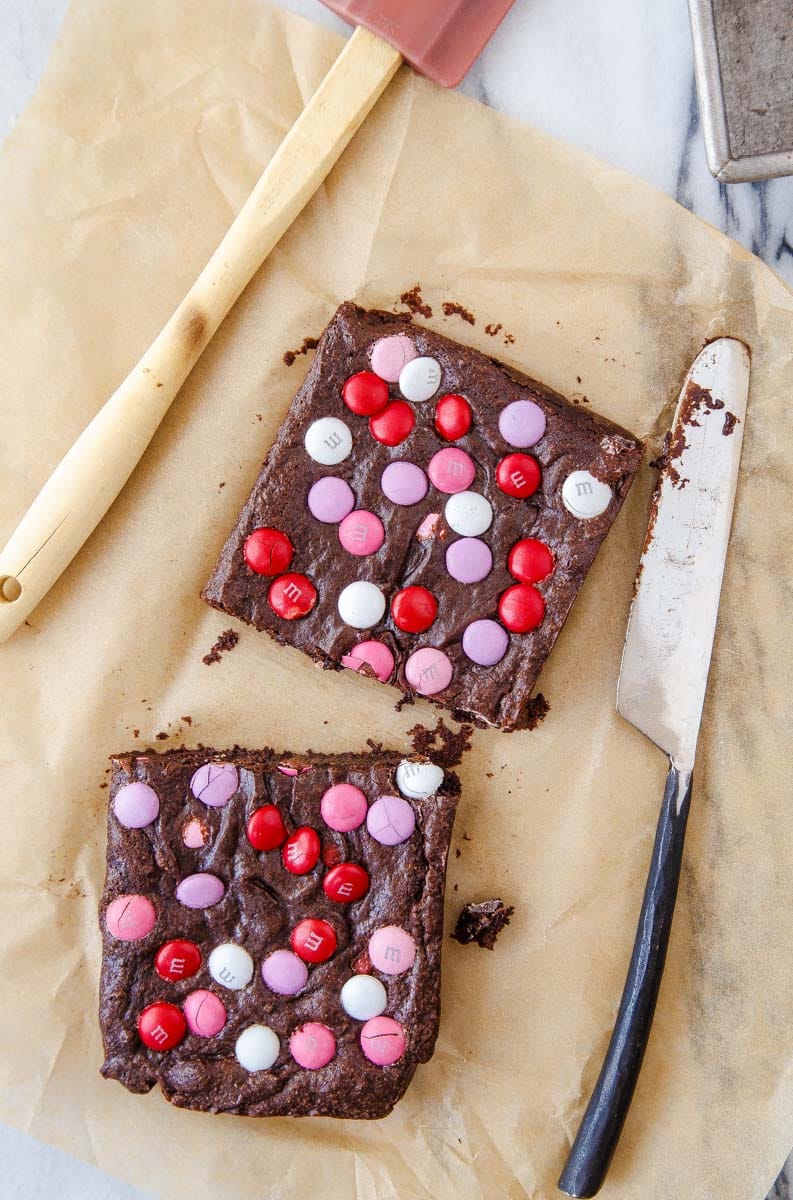 When you’re baking small batch brownies, all you have to do is cut them in half and serve! 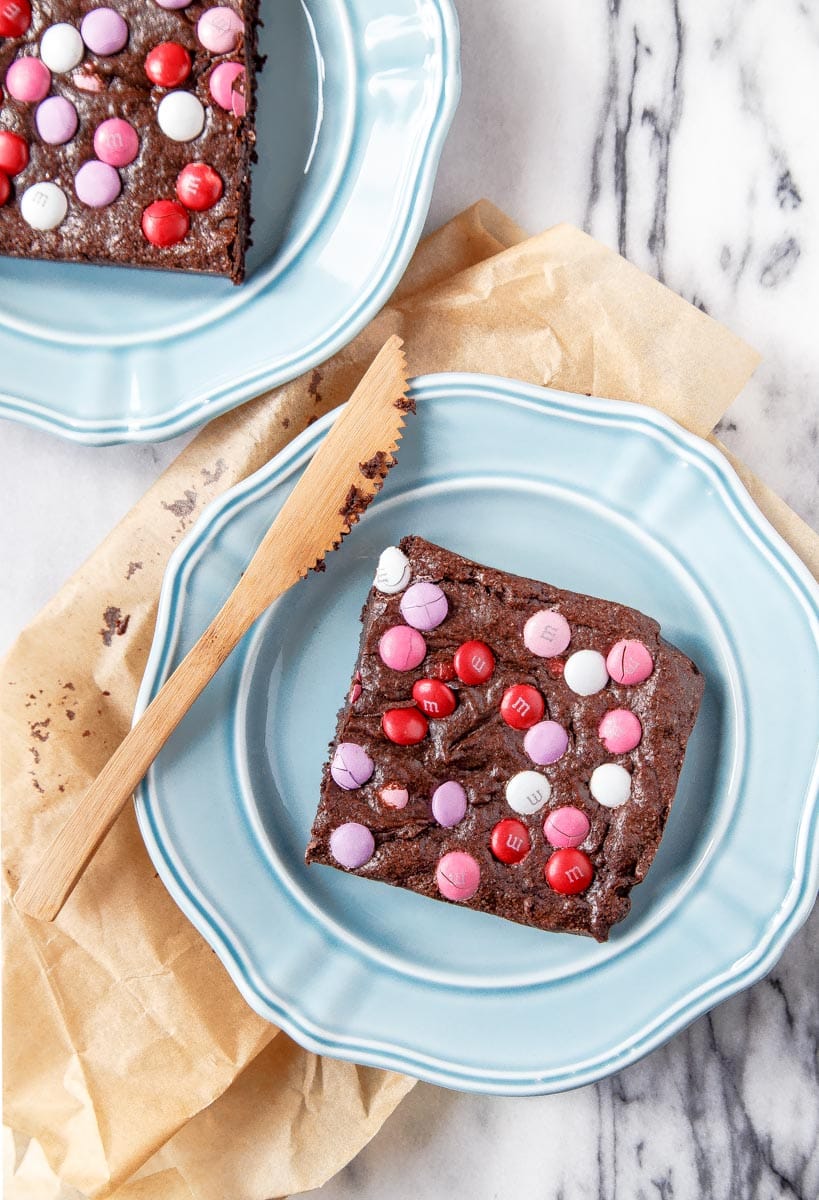 Variations on brownies for two:

There’s clearly a lot of territory to cover in brownies, and after blogging for over 8 years, I still haven’t even scratched the surface. I have my eye on a smores brownies recipe that I really want to scale down for you, and I might be convinced of a red velvet brownie situation, too.

If brownies aren’t real brownies to you unless they have frosting, then my first cookbook, Dessert for Two, has the perfect frosted brownie recipe for you.

I also just want to encourage you guys to read through the comments below to see how people made these small batch brownies for two in a loaf pan their own. Some added extra flour to make cake-y brownies, some baked them in ramekins to get a fudgier brownie. This recipe is yours to play around with! Enjoy!

If you love brownies, try my blondies recipe!