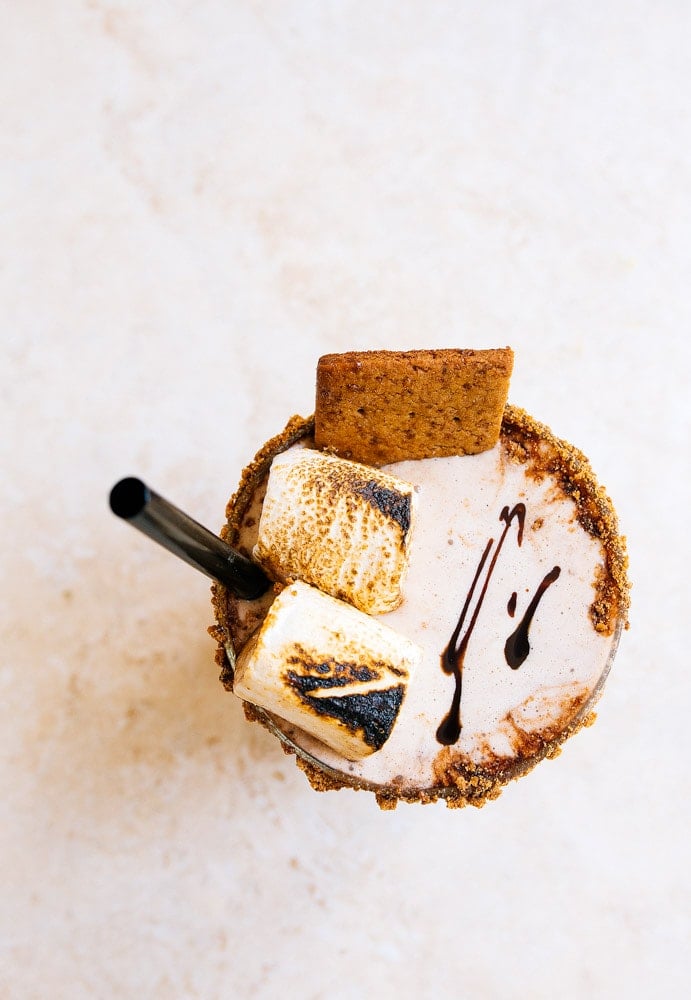 S'mores milkshake for two. Make it from scratch, or take help from the store--your choice!

I made dinner entirely from scratch the other night. My dinner happened to be a s'mores ice cream shake made with homemade graham crackers, homemade chocolate syrup and a small batch of homemade marshmallows. But still! Homemade things need to be celebrated!

I declared it the best homemade dinner we've had in ages.

The only thing I took help from the store on was the ice cream, but that's just because of time! I love to buy one with real vanilla bean specks.

With July being National Ice Cream month, you best stock up. 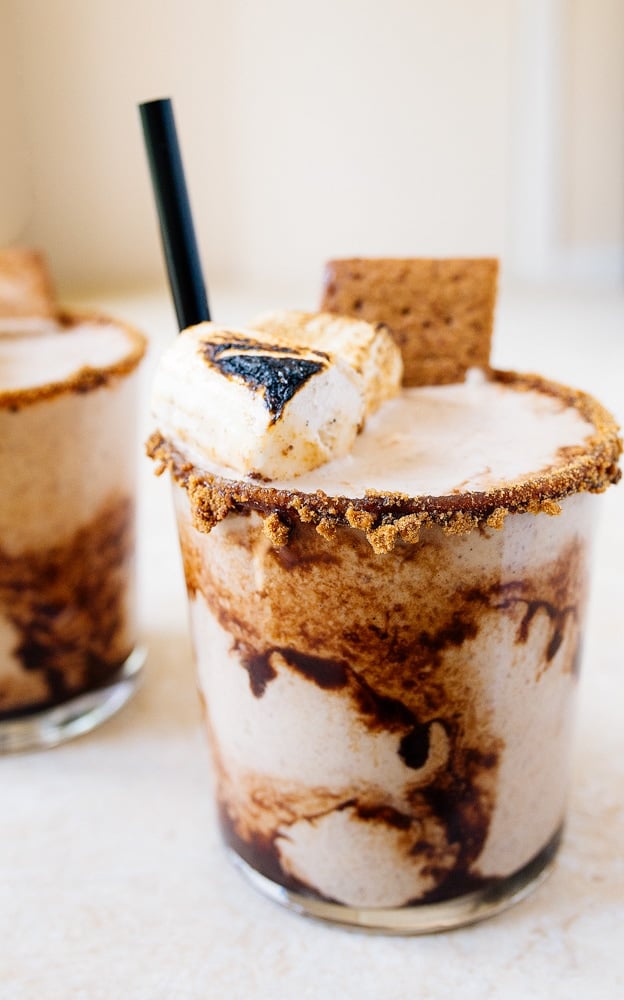 But here's the thing: I want you to have a s'mores ice cream shake in your face by any means possible, so I want you to use store-bought grahams, marshmallows and chocolate sauce if that makes it happen for you.

One fun little trick for this shake: let it rest for a few minutes after blending. This will soften the graham cracker chunks and make them a little more slurp-able. I also choose not to crush the graham crackers before blending, because I think the cracker bits are the best part. 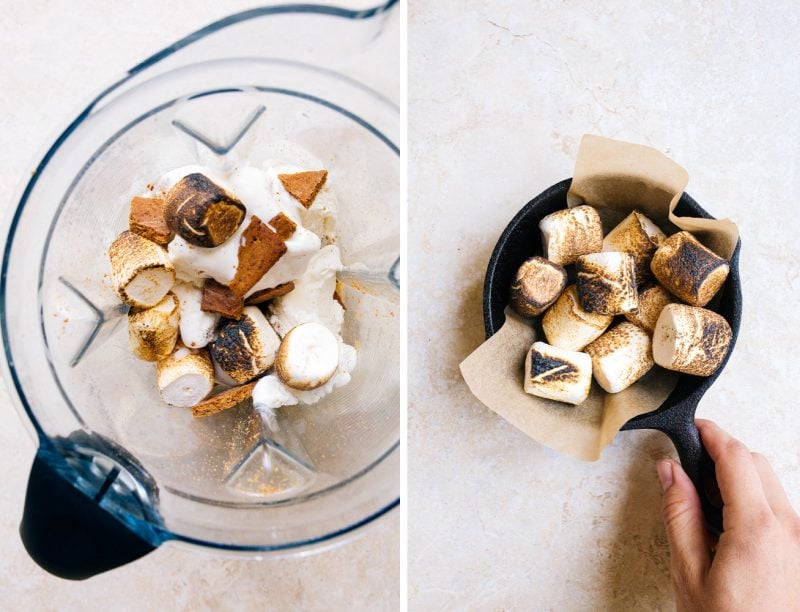 Oh, and if you like your s'more oozing with chocolate, you're going to need to add more than I did. I did a quick glass drizzle of chocolate because a s'more for me is all about the toasted marshmallow and grahams. But an extra spoonful of chocolate syrup in the blender is amazing.

Let's talk toasted marshmallows! Did you know you can make them with a culinary torch? Yep, the same one you use for my slow cooker creme brulee. I just thread my marshmallows onto a chopstick, and then torch them to my liking: half black, half toasty brown.

I hope this shake makes your summer even sweeter. 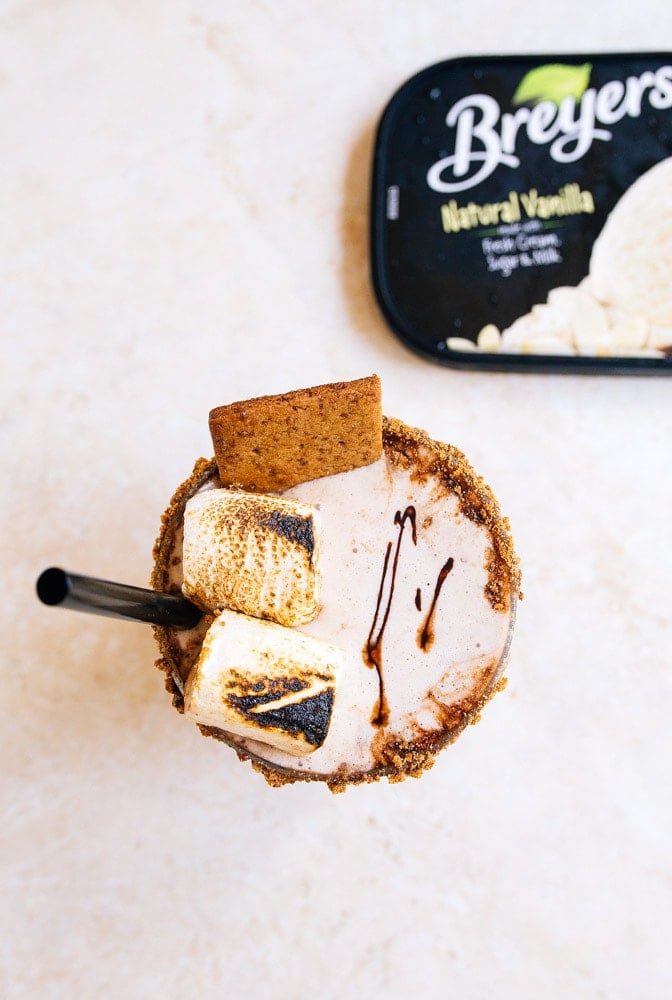 For the homemade chocolate sauce: