Smores tart for two made in two mini tart pans. 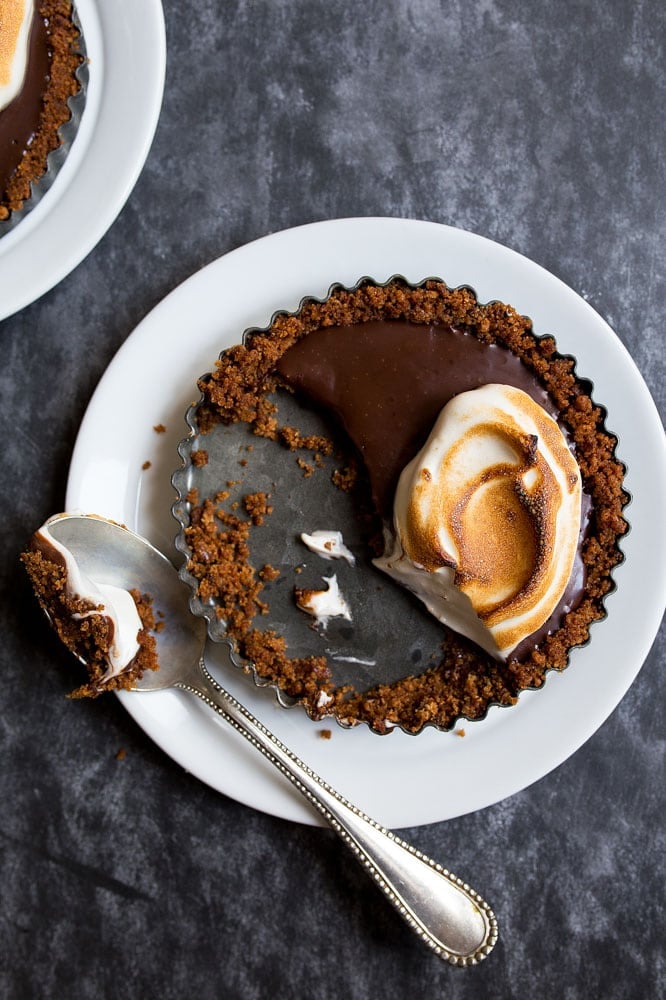 Here’s the thing: I have an overflowing shelf of cute mini tart pans. You might not. Do not let that stop you from making this smores tart for two. Just because I’m pan-obsessed doesn’t mean that you have to be, too.

These tart pans in the photos are 4” across. These are the most similar to what I used.

But use ANYTHING you have in order to get the job done. Worst case scenario: use muffin cups (that you grease very, very well and maybe even line with plastic wrap). At best: triple the recipe and use a standard 9” tart pan. You can also make it in your single 6” tart pan with a doubled recipe.

Bottom line: you need this smores tart in your life.

We’re wrapping up S’mores Week today, yes more than 7 days later, because: life lately. I’ve been in 4 states the last 4 days, and all I really wanna do is come home and eat s’mores. And as my calendar fills up for August, I’m reminded that summer is fleeting. Don’t let summer go by without overdosing on s’mores, man. 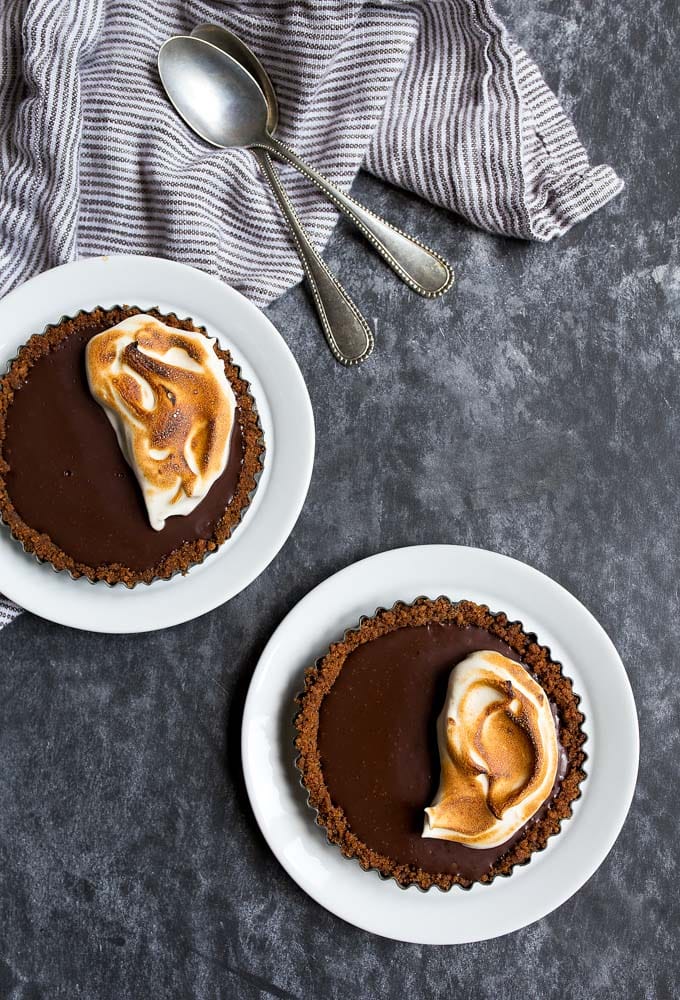 The chocolate part is stupid simple: it’s the filling from my Easy Chocolate Pie. It’s 2 ingredients and takes just 2 minutes to make. No, really. It’s chocolate chips with hot cream poured on top. Let it sit. You can do it!

Again, I used my homemade graham crackers for the crust, but you can definitely use store-bought! Camille has been begging to make grahams everyday, because she loves rolling the dough out and choosing the cookie cutter shapes. (She’s very very into ovals right now, and I’m like ‘I don’t know, kid, at least you’re not a square?’)

And when I knew the babe would be eating these, I used the maple syrup marshmallow recipe to make it, because I’m one of those moms that feels a little better about maple syrup than corn syrup. But honestly, either will work! All we’re doing here is smearing it on the top and torching it to order.

For the marshmallow fluff: