Wedding cake cupcakes for two, for your wedding anniversary!

Not to be a buzzkill, but someone looked me right in the face and told me a wedding cake for two is a dumb idea.

She clearly has not drank the ‘dessert for two’ koolaid and realized how cool it is to make miniature desserts. (Or, she can resist leftover cookies and cupcakes better than I can, who knows? Maybe a pan of brownies doesn’t whisper to her, begging her to eat them the way they do to me).

The point is: the criticism stuck with me for a long time. Sometimes, it’s a good thing when someone undermines your passion; it makes you re-evaluate.

I immediately began running through my elevator pitch of what exactly ‘dessert for two’ is, and what it means to me. After some small tweaks to my verbiage, and I add more emphasis on ‘small batch’ and ‘no leftovers’ and ‘date night,’ because that’s what dessert for two means to me.

It’s a way to enjoy desserts without tons of leftovers (a new dessert everyday, if you wish!), it’s a fun way to bake (just 1 egg and small scoops of flour!), and it’s the perfect cap on date night.

All good things, you know? 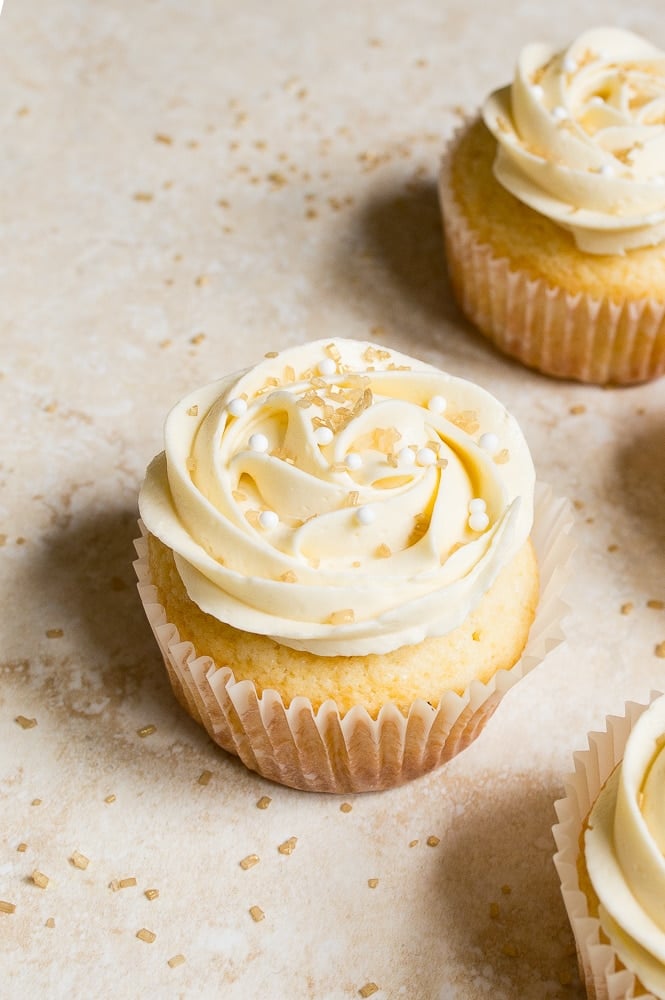 Would you make wedding cake cupcakes?

I know who’s on my team. Ina is on my team. She makes a mini wedding cake for Jeffrey on their anniversary, and since they are #relationshipgoals, we best do the same. 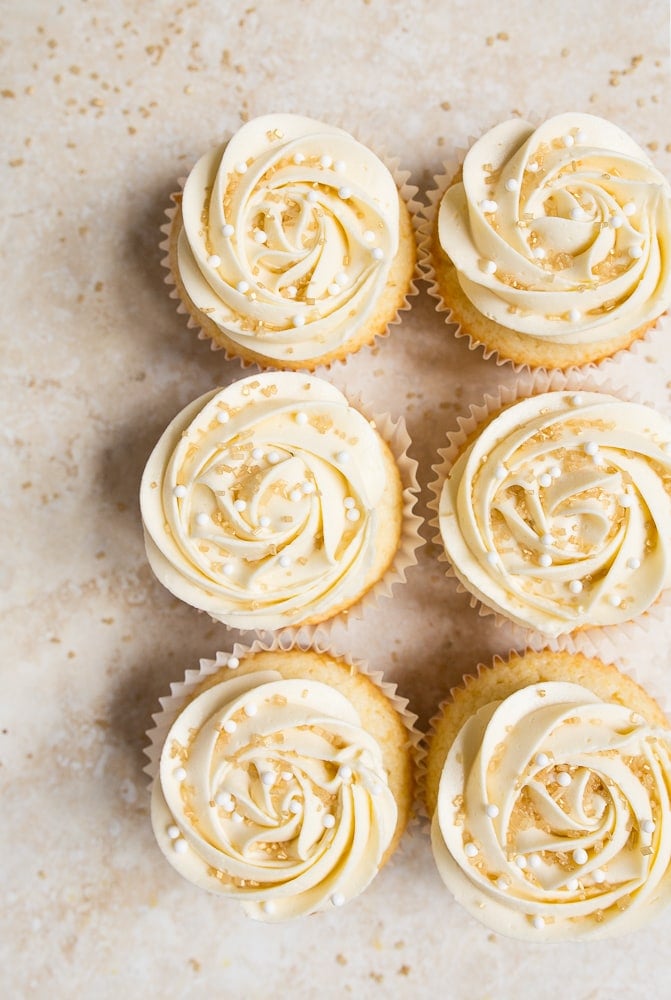 So, what exactly is wedding cake flavor?

The buttercream on top is perfection. Sally teaches us how to make buttercream roses, and it’s the best tutorial. You won’t believe how freaking easy they are! Plus, they’re made with the one piping tip we all have in our drawer.

This recipe makes just 4 cupcakes, but I’m showing more than 4 here in the photos because I have several batches laying around. The recipe is easily doubled, too!