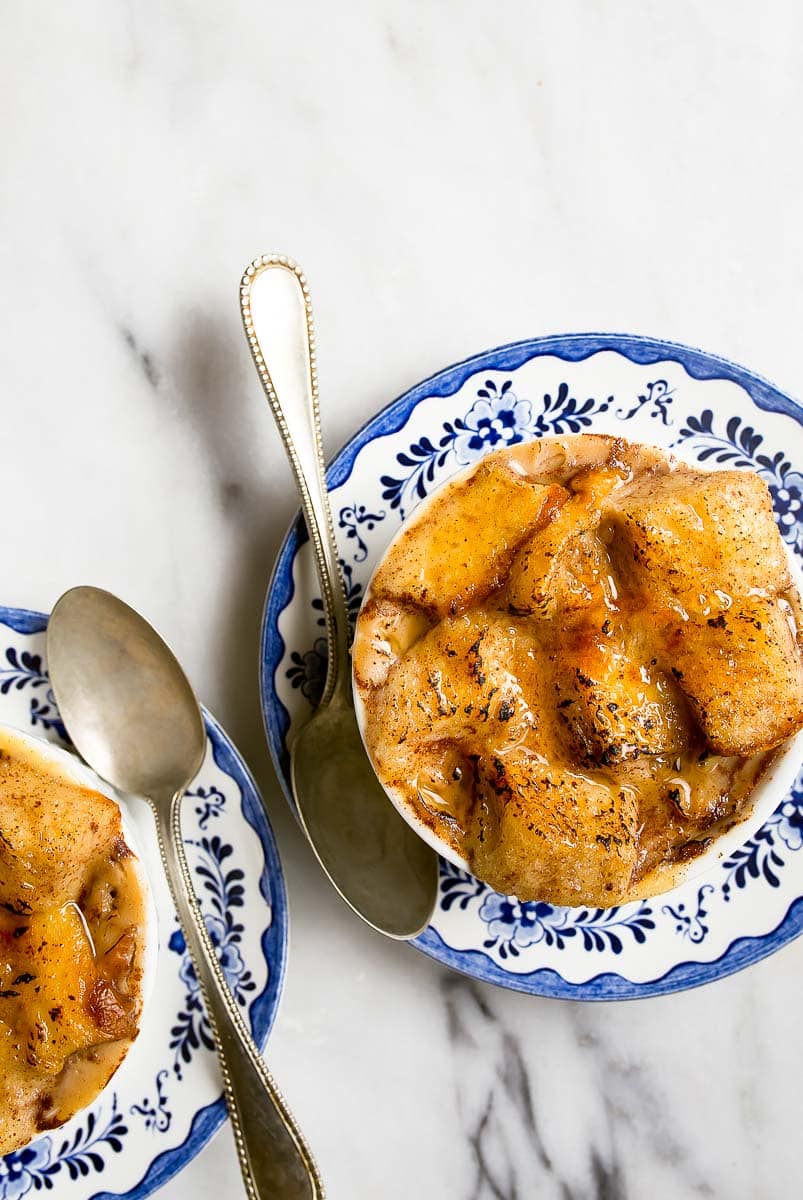 I almost kicked it to the curb. Almost. And then, I started making small batch desserts in the crockpot. I first made Creme Brûlée in the Crockpot, which is so fun because it takes all the guess-work out of making custard. Plus, it's a hands-off easy way to make a fancy dessert! Effortless and impressive is always the way to my heart.

So, I started thinking about what else I could put in ramekins and bake in a water bath in my slow cooker. Bread pudding came to mind. And like most things, I sat on the idea for a long time before finally attempting it. I was waiting for a craving for a warm, gooey spiced dessert to hit. And since we almost got a chill long enough to kill the mosquitos, I went for it.

Can you double this slow cooker bread pudding?

The fun thing about this recipe is that you can definitely double it, and cram more ramekins into the slow cooker. If you have an oval-shaped slow cooker, you can probably get up to 6 ramekins inside! As much as I love to scale down desserts, I know that once you guys fall in love with a mini dessert, you want to scale it up and share. (Aren't you sweet?)

What kind of bread is best for bread pudding?

This is a basic recipe, your jumping-off point, really. In my opinion, the one thing I think that makes bread pudding recipes stand out from the crowd is the use of challah bread. Challah is an enriched bread made with plenty of eggs. This recipe for slow cooker bread pudding has challah bread, eggs, milk, cream, sugar, and cinnamon. I wanted to add rum-soaked raisins, but you guys can get violent over such things.

Let's also talk about something else important: sogginess. So, the water bath in the slow cooker makes for the most incredible tender custard, but the same thing goes for the top. I love a little crunchy top in my bread pudding, so I sprinkled it with sugar and hit it with a kitchen torch. It's totally your choice. Just like it's totally your choice to pile it high with whipped cream and eat both servings. 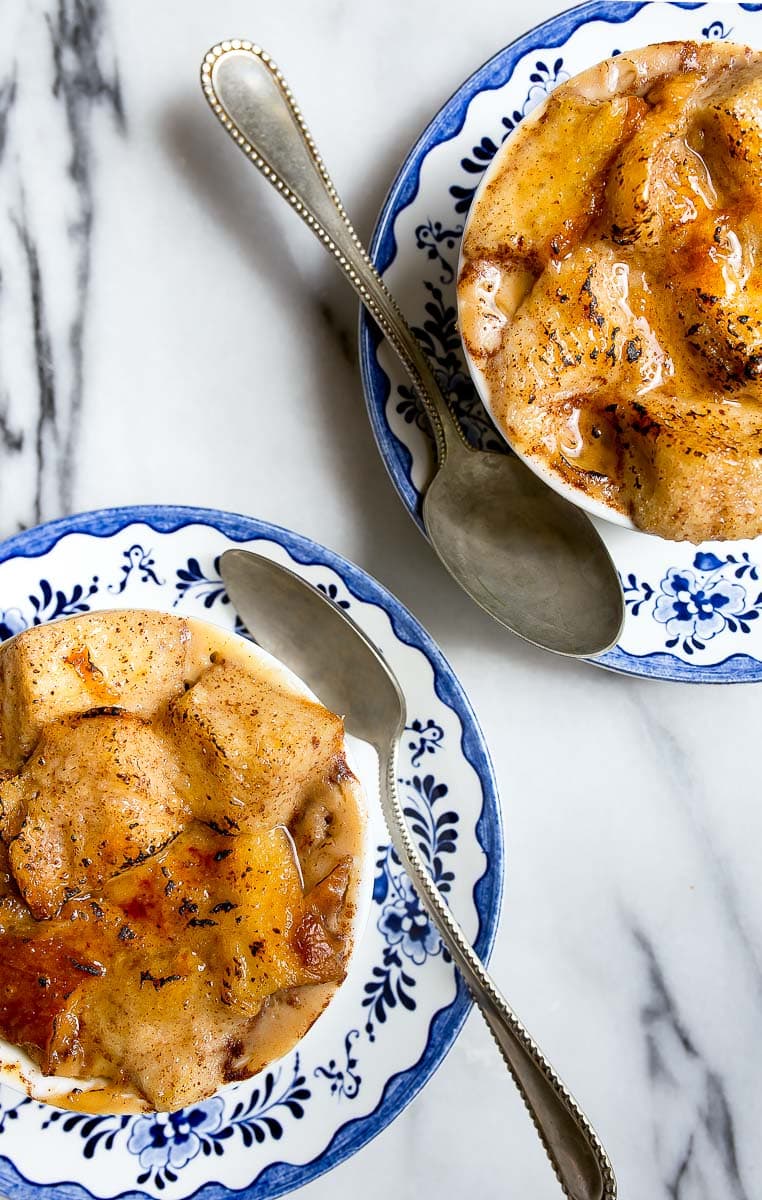 PS There's a recipe for a whiskey sauce that would be amazing on top in the Dessert for Two book. But in lieu of that, I recommend this easy, homemade, small-batch salted caramel sauce!

In a medium bowl, whisk together the eggs, milk, cream, vanilla, sugar and cinnamon. Whisk very well to dissolve the cinnamon.

Add the bread cubes, and toss to combine.

Divide the mixture between two ramekins.

In the bottom of a slow cooker, place two rings of foil for the ramekins to sit on. I take 2 12-inch pieces of foil, roll them up into a snake, and then make a circle out of each one.

Place the foil circles in the bottom of the slow cooker, and place a ramekin on top of each one.

Pour about 3 cups of hot tap water around the ramekins, being careful not to splash the water into the bread pudding.

Cook on LOW for 2-3 hours, testing after 2 hours. If you stick a toothpick into the custard, it will come out clean.

I like to serve them warm with a little scoop of ice cream.

*If you like a little crunch, sprinkle an extra teaspoon of sugar on top of each pudding, and caramelize with a kitchen torch until crunchy (like making creme brulee).

Make sure your ramekins fit inside your crockpot before proceeding.