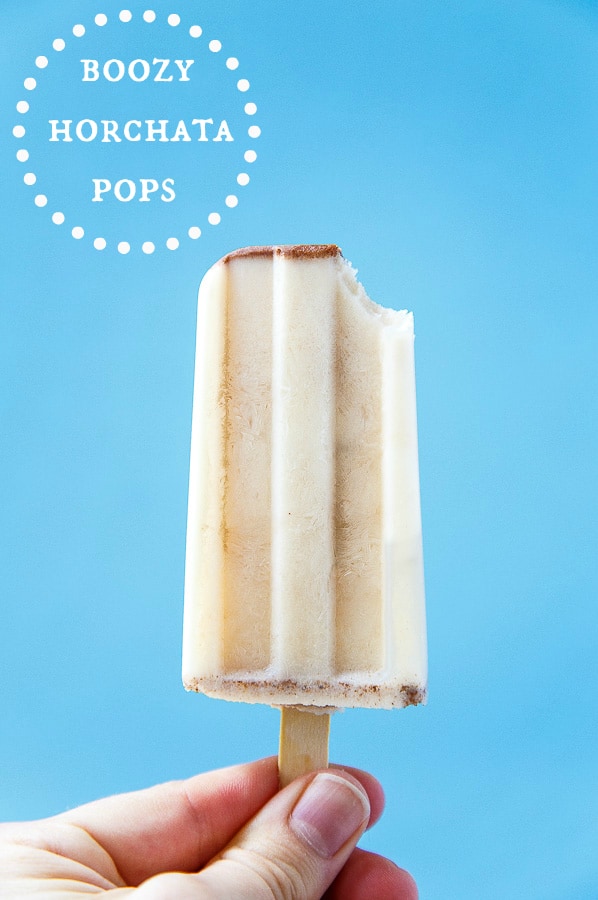 My husband is one of those people that has a million good ideas in a day. He's always coming up with a new idea for a product, business, or way of doing things differently. In my opinion, his best idea was in 2011. We were on our way to a barbecue at a friend's house, and he was in charge of cocktails. He grabbed a jar of horchata and a bottle of dark rum. So simple, that I doubted its deliciousness. I was proven wrong. So very wrong. Ice cold cinnamony horchata met spicy dark rum in my glass. And it was heaven.

A few years later, we saw Rumchata for sale in a liquor store. We missed our chance to be liquor millionaires, we suppose.

If you're not familiar with horchata, you're probably not from California or Texas, where taquerias always have a jar, dripping with condensation, on the counter. It is impossible to order tacos or a burrito without a glass of horchata. It's a creamy, milky beverage (made of rice milk, actually) mixed with cinnamon and sugar. Sometimes I detect lime in it, too. 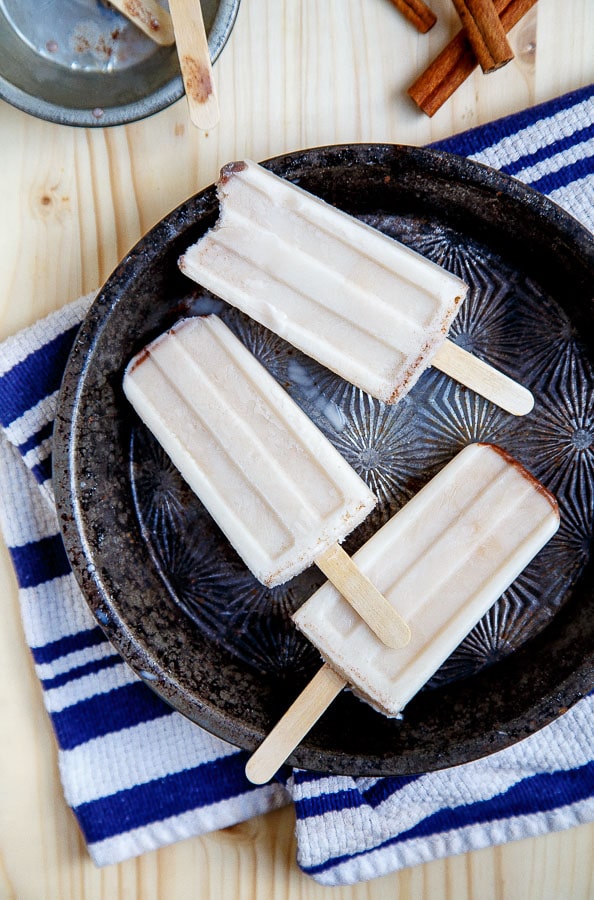 True horchata is made with only rice milk, no dairy. But, rice milk is so watery, that, when frozen, it produces popsicles that are too icy. So, I stirred in some cream. (What problem in life isn't solved by stirring in a little cream?)

Because the ground cinnamon tends to sink to the bottom of the popsicle mold, I infuse the rice milk with a crushed cinnamon stick to ensure every bite has cinnamon flavor in it.

Bonus disclaimer: I didn't make my own rice milk. I just bought it in the carton from Trader Joe's. Best shortcut ever.

The rum is optional.