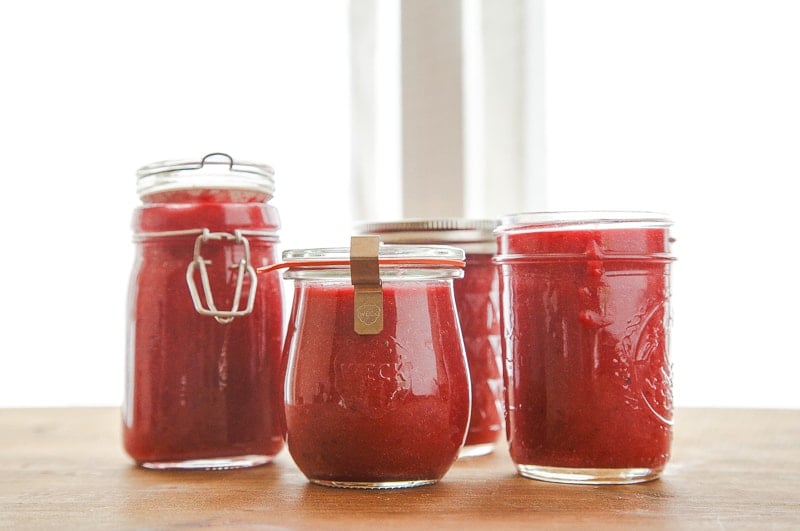 Welcome to the second-only recipe using a slow cooker on this site! You didn’t miss my first one, Creme Brûlée in the Slow Cooker, did you? Because that would be sad.

So, I love this crockpot cranberry sauce for a few reasons. One: using the slow cooker is hands-off Turkey Day. Two: it’s so dang easy, your drunk uncle could make it. Three: it has many uses!

I want to see this cranberry butter snuggling up next to your sliced turkey. I also want to see a pretty little pot of it on your Thanksgiving day appetizer cheese board. Make it once, use it twice! 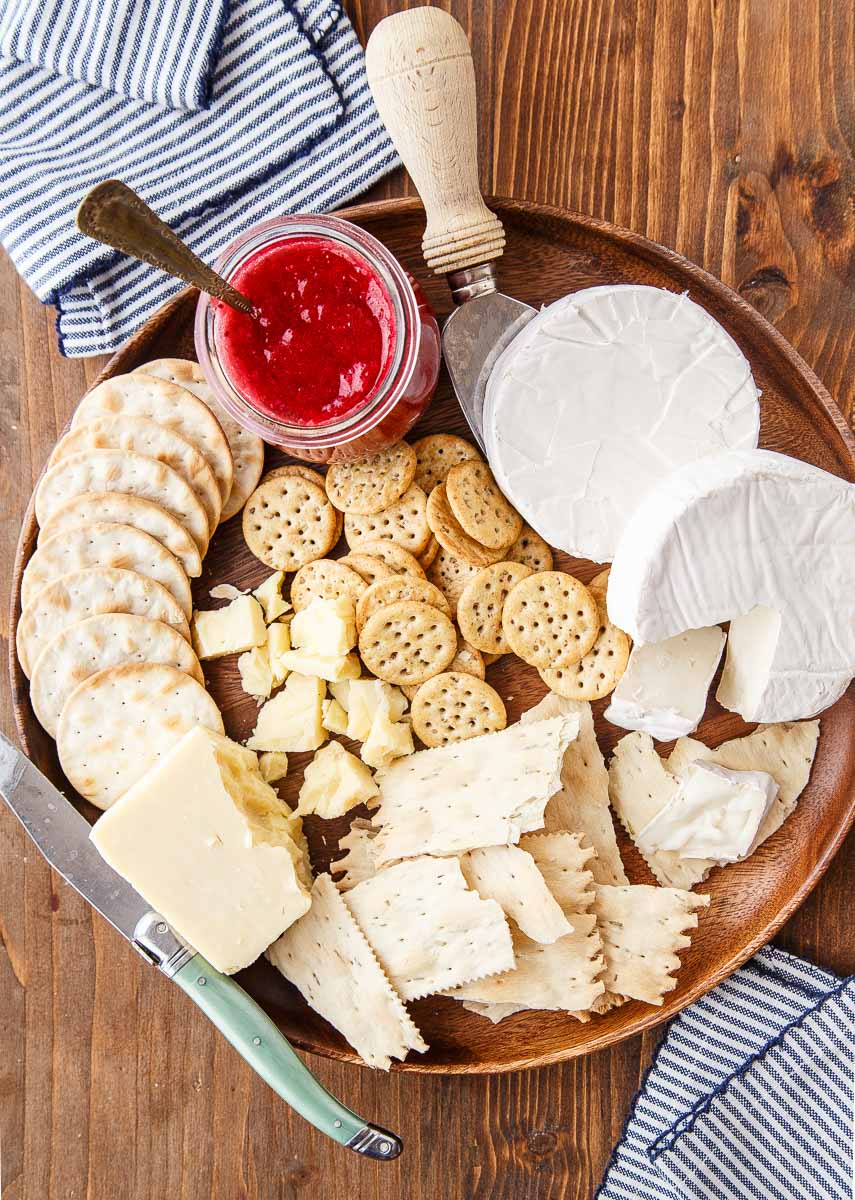 I actually made a double batch of this crockpot cranberry sauce with two bags of cranberries because my neighbor dropped off some plum jelly and I wanted to give her a little mason jar full of love as a thank you.

Sometimes, the Dessert for Two world is lonely because my desserts don’t make a ton of leftovers to share with everyone. Every now and then, I make a giant batch dessert recipe (usually something I pinned here), and share with everyone. But most of the time, my mini desserts get eaten right out of the oven by me and mine.

All that to say:  while sometimes I wish I had leftover dessert to share, I also don’t want to be the reason anyone has to go to the gym.

I’m going to cut that short right there and catch myself before I start to ramble about how much I hate to exercise. We do not talk of such things like ‘exercise’ as Turkey Day approaches. We actually don’t speak of things called ‘calories’ until well after the New Year. Well, well after.

Wash the cranberries and pour them in the slow cooker. 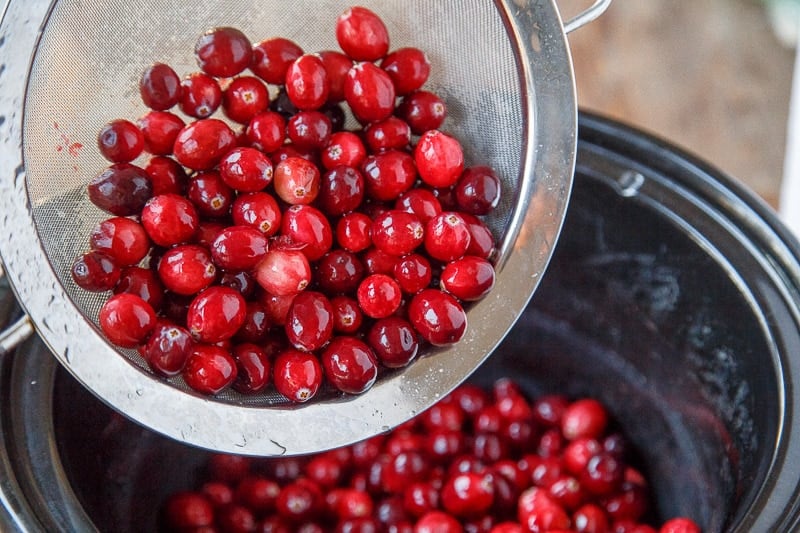 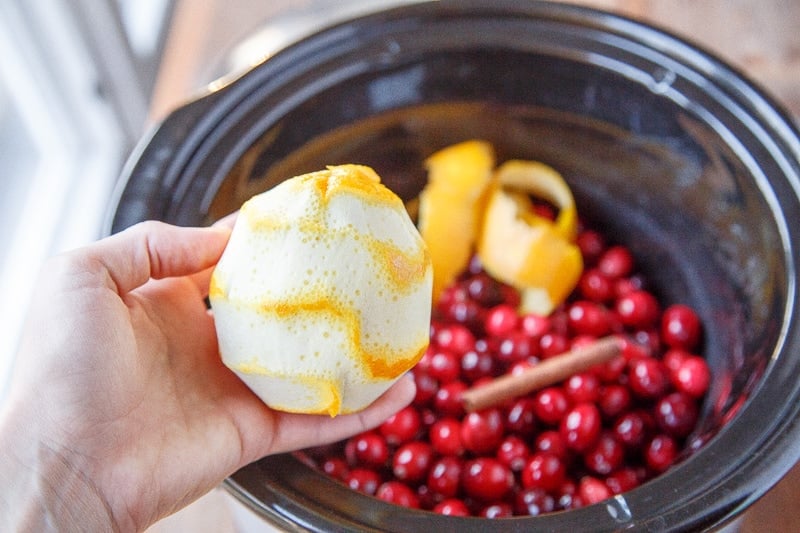 Next, add 1 cup of water and 1 1/2 cups of maple syrup. The flavor combo of maple, orange, cinnamon and cranberry is mind-blowing. 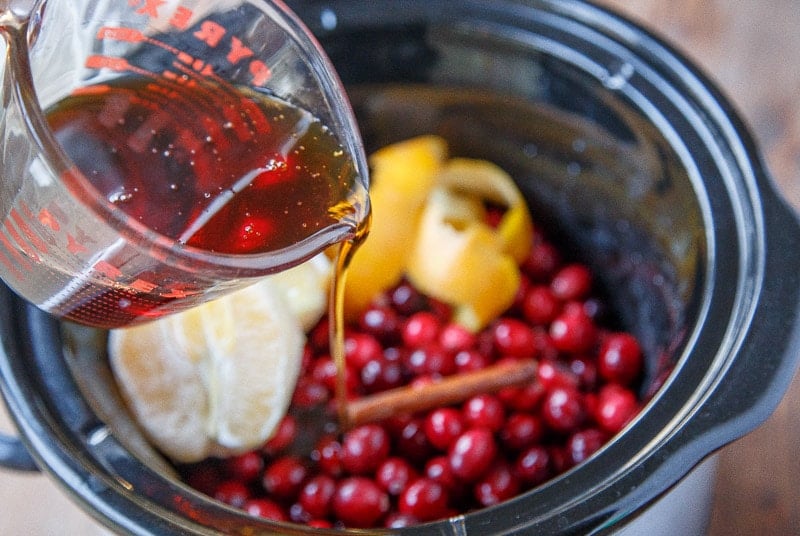 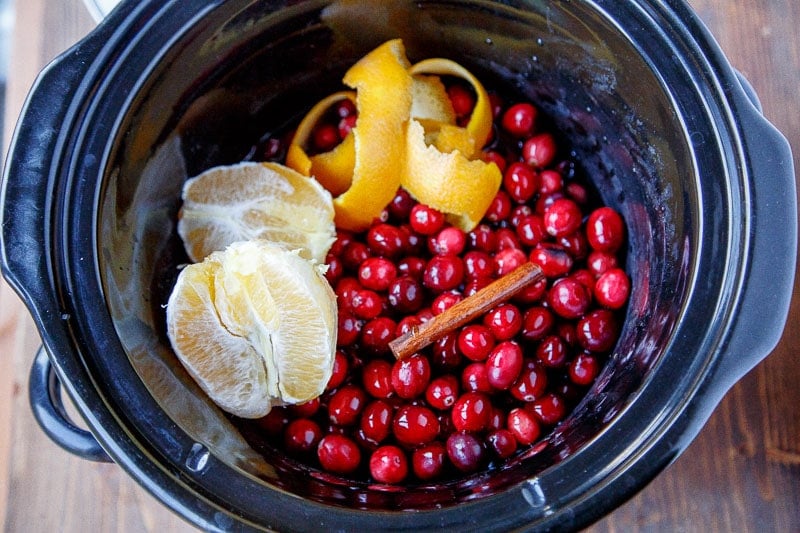 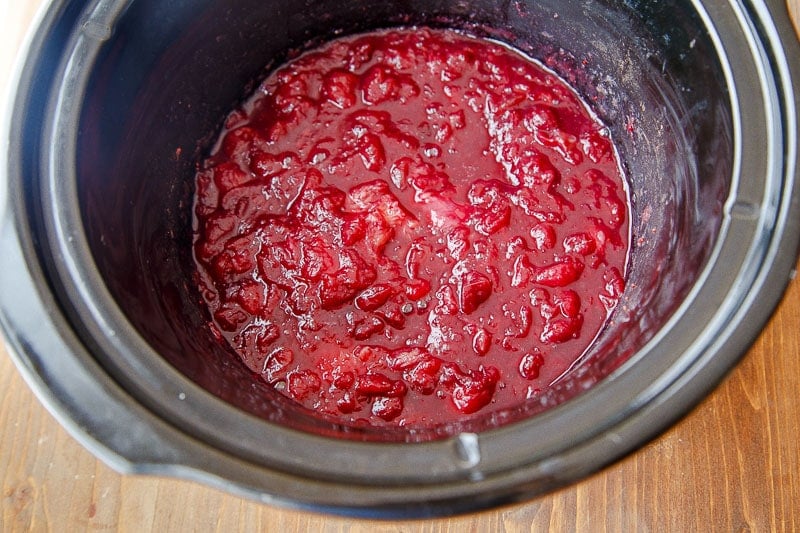 Now grab that immersion blender thingie you had in the bottom drawer. (If you don’t have one, transfer the contents to a blender.

Wait! Be sure to remove the orange peel and cinnamon stick first. Phew! That was close. 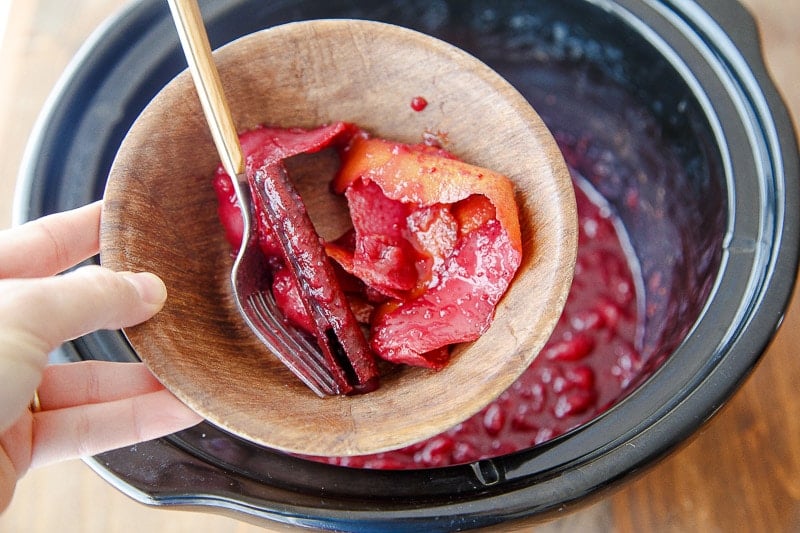 Now we puree it! 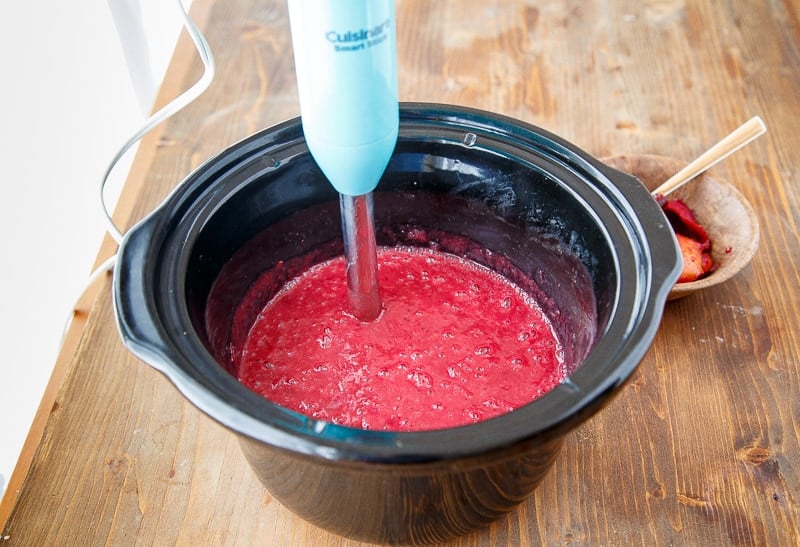 Then, drizzle it over sliced turkey, and scoop it up for your cheese tray.

Cranberry butter is a bit tangy, so it goes great with super rich triple-cream cheeses, like Brie and Taleggio. I’m eating it here with Goat Brie, also known as my new love in life. (Find it at Trader Joe’s. Wait, don’t. Or at least leave some for me!) 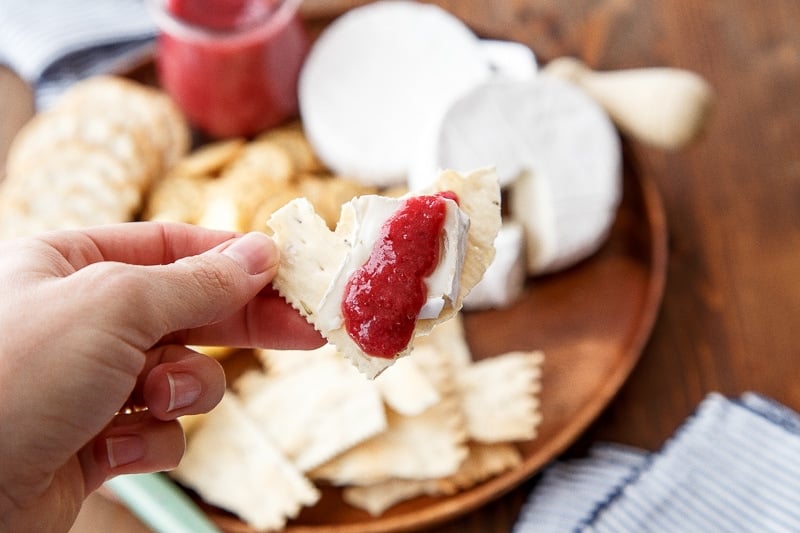 We have just a few more savory recipes for our small Thanksgiving, and then it’s onto dessert, baby. Sorry I called you baby.