Since it's world Nutella Day, I thought I would share a round-up of all my desserts for two with Nutella!

First up:  Banana Nutella Chimichangas---the first recipe I ever created with Nutella.  This is my version of a sweet breakfast taco.  A chimichanga is essentially a fried burrito.  My version with diced bananas and Nutella will be your favorite! 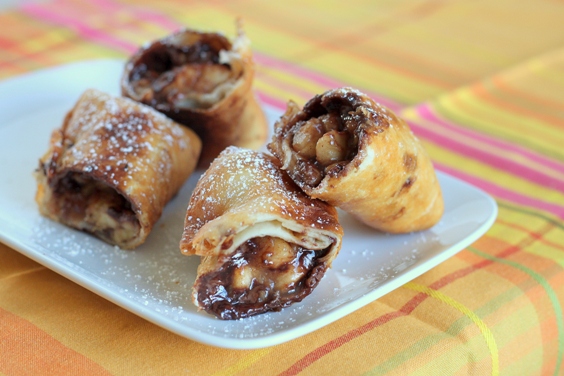 We need some cupcakes with Nutella, don't we?  No matter the question, the answer is always cupcakes.  You'll love my small batch of triple chocolate cupcakes.  The centers are filled with gooey Nutella.  The chocolate whipped cream on top is divine.  You can thank me for this one. 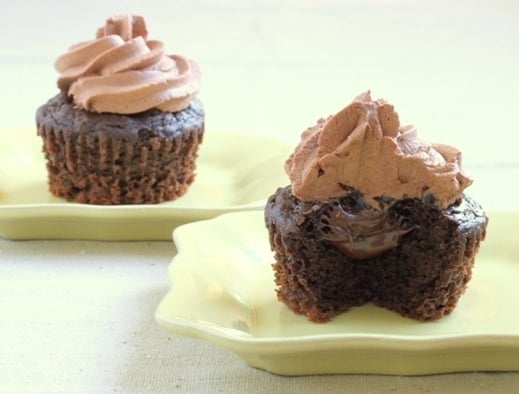 Next up: Nutella Eclair Cake.  Have you ever had eclair cake?  It consists of vanilla pudding smushed between graham crackers with a chocolate frosting on top.  I've had Eclair Cake at Portillos in Chicago (the place where it was invented), and I can tell you that my version is better because it uses homemade vanilla pudding with Frangelico. 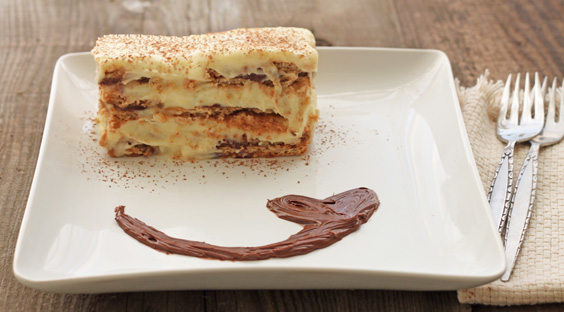 Have you ever wanted to make macarons, but didn't want to make an entire batch? Macarons can be finicky, and so I created my recipe for a small batch of French macarons with Nutella.  The recipe makes 6 macarons.  You don't have to share. 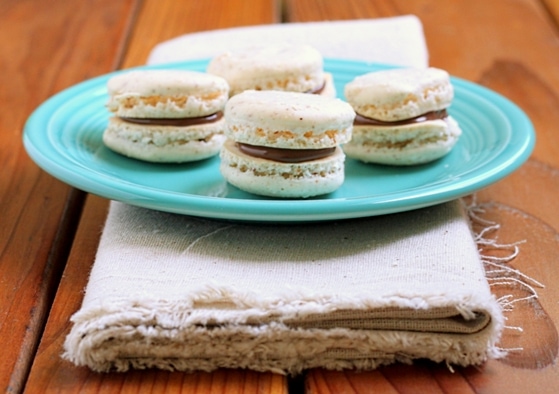 What is your favorite way to eat Nutella?