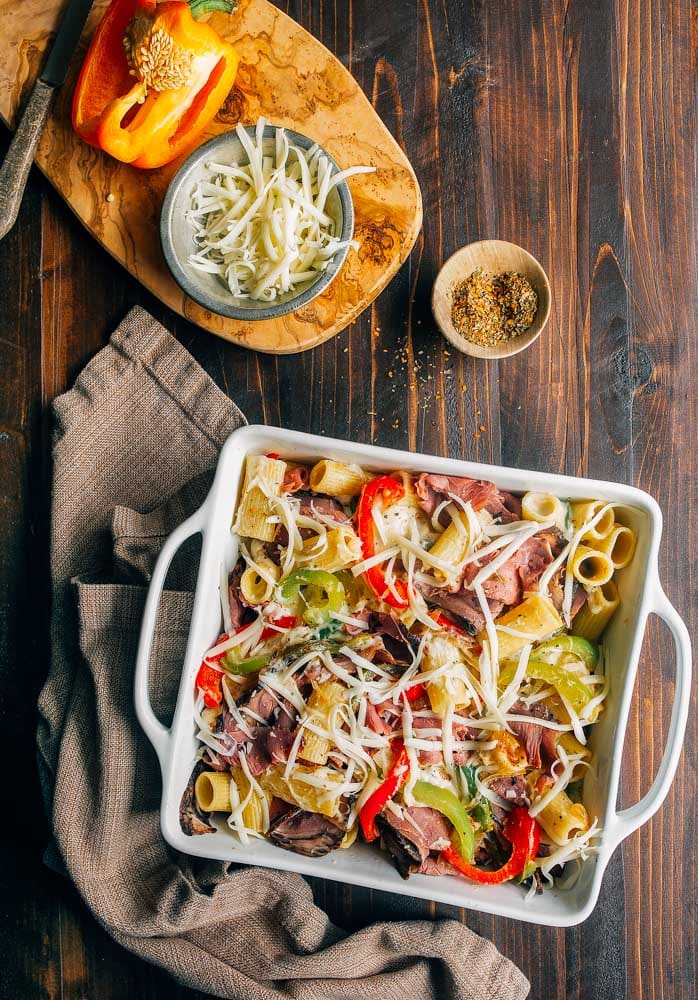 It’s Friday! And as promised, I’m here with another Dinner for Two for you! And this one, you guys, it’s killer.

Truth be told, I’ve never had a cheesesteak sandwich. I know, I know! I’ve been to the lovely city of Philadelphia several times, spent hours in Reading Terminal Market, eaten dozens of cannoli in traffic, and yet, I haven’t had a proper Philly Cheesesteak Sandwich. It’s more than a little ridiculous.

I like the general premise of it: toasted roll, grilled veggies, thin pieces of steak, and cheese. 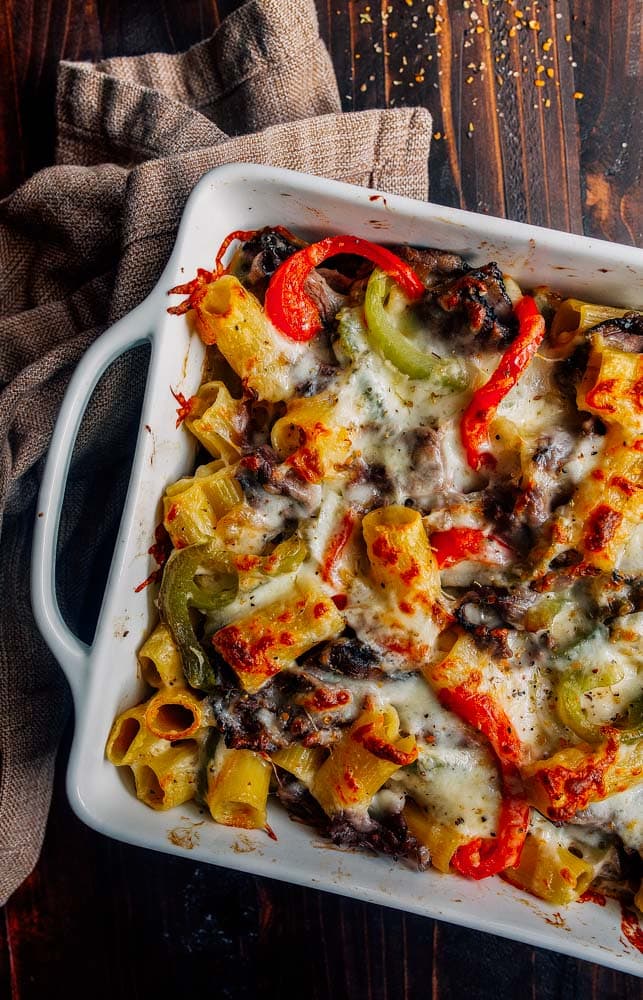 I feel confident that this Philly Cheesesteak Pasta captures the flavors perfectly, and that’s because my sweet friend Lauren Grier of Climbing Grier Mountain developed this recipe. It’s in her new cookbook, Modern Comfort Cooking, and I couldn’t love it harder if I tried.

In her book, Lauren actually uses chicken for this dish. I originally planned on that, but while I was shopping for ingredients, I spotted cooked, thinly-sliced London Broil in the prepared food section of my grocery store. It felt like it was meant to be, so I scooped it up. Plus, it eliminates the step of cooking the chicken, so I think you’ll be happy, too!

It’s baked pasta, coated in a Provolone cheese sauce, stirred into a delicious mess of seared peppers and onions. I push little pieces of steak into the dish before putting it in the oven for its bake.

A few more reasons you need Lauren’s book…she’s a wizard in the kitchen that combines your favorite comfort foods into a mash-up that is even more comforting and even more delicious! The flavors of a Philly Cheesesteak in a pasta dish is just one example, but her Chicken Pot Pie Poutine, Cajun Baked Spaghetti, and Chicken Parmesan Crepes are also calling my name. It’s such a fun cookbook! When your two favorite foods are smashed together (like, say, falafel and waffles), it just makes you want to jump in the kitchen and cook!

I scaled Lauren’s recipe down to make an 8-inch square dish of baked pasta for two, so know that you can absolutely double it and serve a crowd if you want.