Rebecca Rather is my baking idol.  She runs a bakery in the Hill Country of Texas named 'Rather Sweet.'  Everything Rebecca makes is the best version of itself, entirely from scratch, and completely mouth-watering.  Just for example, instead of the classic Tres Leches cake, she makes Muchas Leches Cake.

I've been making the pages of her cookbook, Rather Sweet, sticky for years.

Her recipe for 'Jailhouse Potato Cinnamon Rolls' caught my eye in the breakfast chapter not only because they are perfect pinwheels of deliciousness, but also because the recipe is based on a version of leftover mashed potato rolls served in a nearby prison.

Only Rebecca could take such a recipe and spin it into a crave-worthy beauty.  It's the first recipe in the book, so you know she'd hang her hat on it. 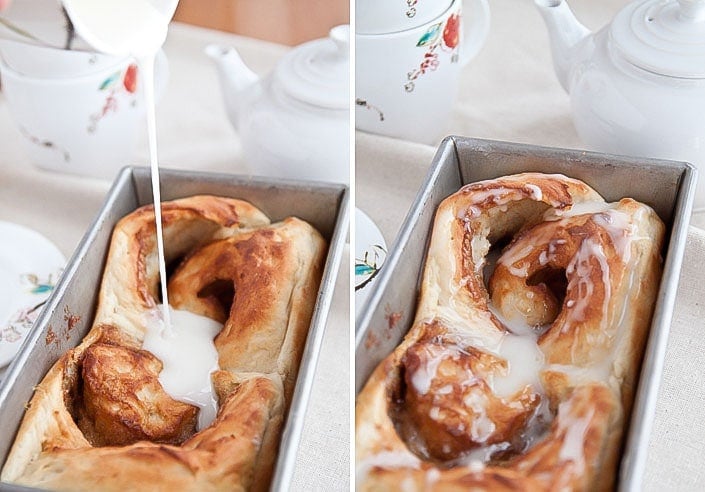 The full-size recipe always turns out great; although, two people can (and should) only eat so many cinnamon rolls.  I scaled down Rebecca's recipe to make just two cinnamon rolls.  When baked in a bread loaf pan, the serving size is just right.

Don't be afraid of baking with yeast, I'm going to walk you through this one.  This recipe even works in the dead of the winter when your kitchen is a bit chilly. 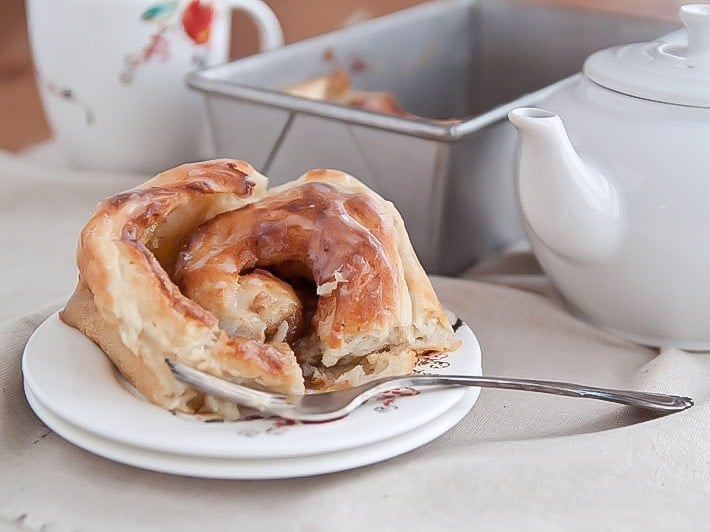 The best part is:  you don't even have to have leftover mashed potatoes.  We're going to boil a potato from scratch, and use the leftover starchy cooking water in the final dough.

We're only dealing with a handful of dough to make these cinnamon rolls (see photo below).

If you find dough to be intimidating in general, please, start with this small-batch recipe. You'll work your way up to yeast superstar in no time.

While we have 2 rise times in this recipe, you can use a preheated oven that is turned off for a quick rise.  You'll have these rolls out of the oven in about 2 hours.  Not bad, right?  If that's too much to ask for in the morning, I've had great luck using Rebecca's instructions to store the dough in the fridge overnight after the first rise.

I'm convinced this recipe is flawless. 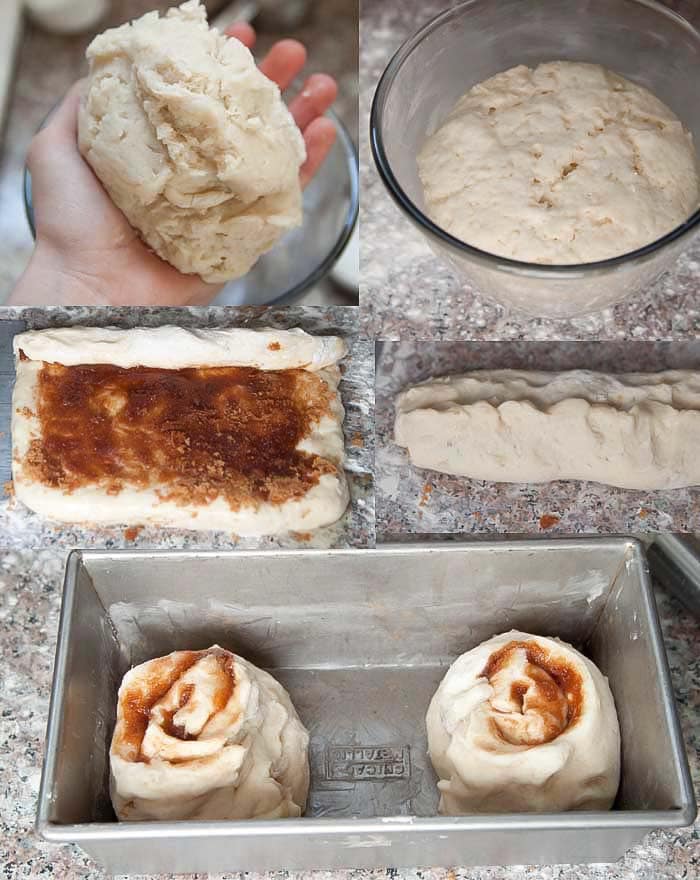 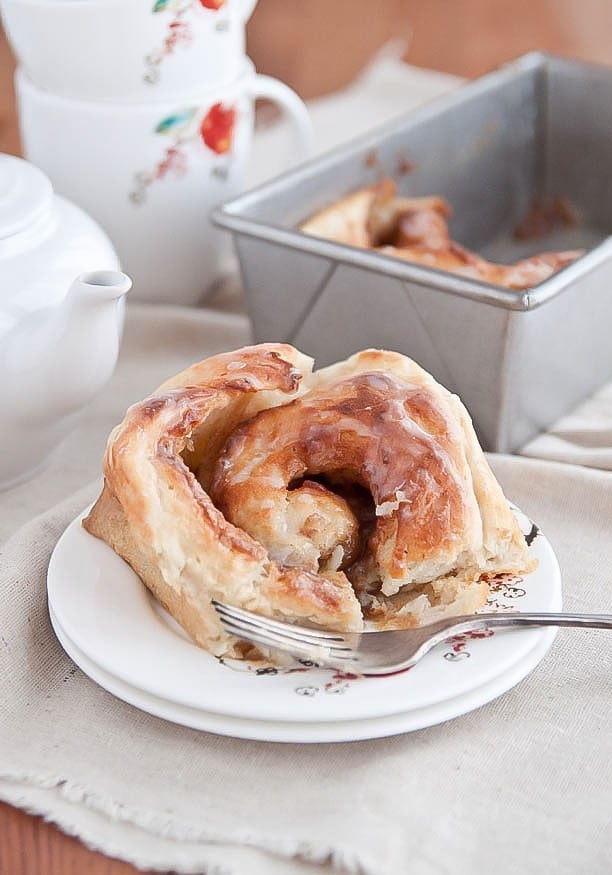 If your'e looking for a no-yeast recipe for small batch cinnamon rolls, I have you covered. But I think you should try this yeast version at least once.

*Most russet potatoes weigh more than 5 ounces, so either grab a tiny organic one, or pull out 5 ounces worth of raw potatoes while making mashed potatoes the night before. Store the raw potato pieces in cold water overnight, and they'll be fine in the morning.

*This recipe was updated to eliminate confusion about how much water to add. The amount of water leftover after boiling the potato varies, so add how ever much needed to equal ¾ cup TOTAL. Also, this dough is very sticky and slightly looser than the average cinnamon roll recipe. This is due to the potatoes. Add flour during kneading and rolling to make it not sticky. For me, it always varies between 1-4 tablespoons. If your dough is thin, do not worry! Keep going, and you'll see that after 2 rises, you'll have very tender rolls. I have added an extra ½ cup of flour to the recipe to help address this issue.