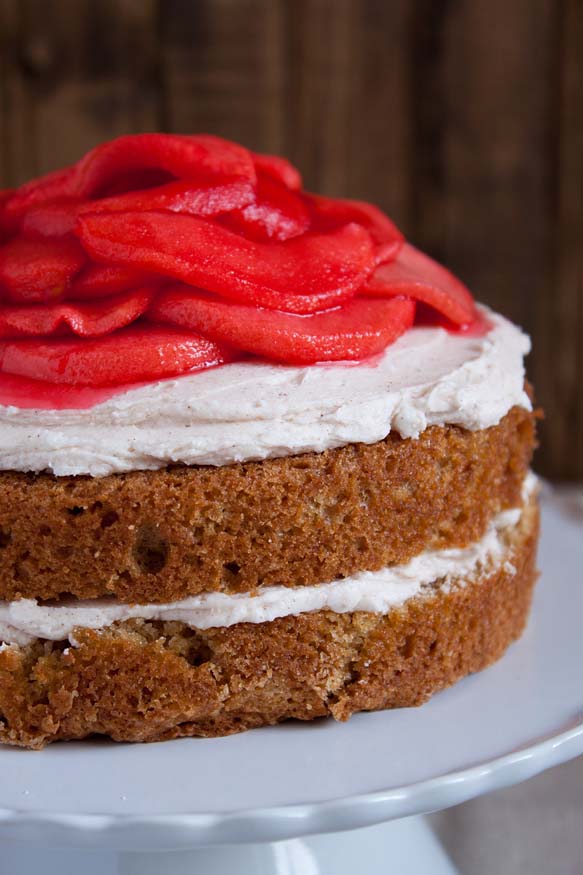 Welcome to February!  February is for lovers, and I’m so happy it’s finally here!

Valentine’s Day is a big deal around these parts, and I’ve got loads of cute desserts for two to share with you this year.  First up:  this spicy cinnamon apple cake.  I made a cinnamon cake in a 6″ round cake pan, sliced it in half, and spread it with cinnamon buttercream.  I left the edges of the cake bare, but you can frost the edges if you wish.  Then, I cooked apple slices in a mixture of cinnamon red hots and sugar.  (Here’s a link to the exact candy I used for my overseas friends: Cinnamon Imperials).  The apple slices that I did not eat straight out of the skillet, made it on the cake.  They were the lucky ones. 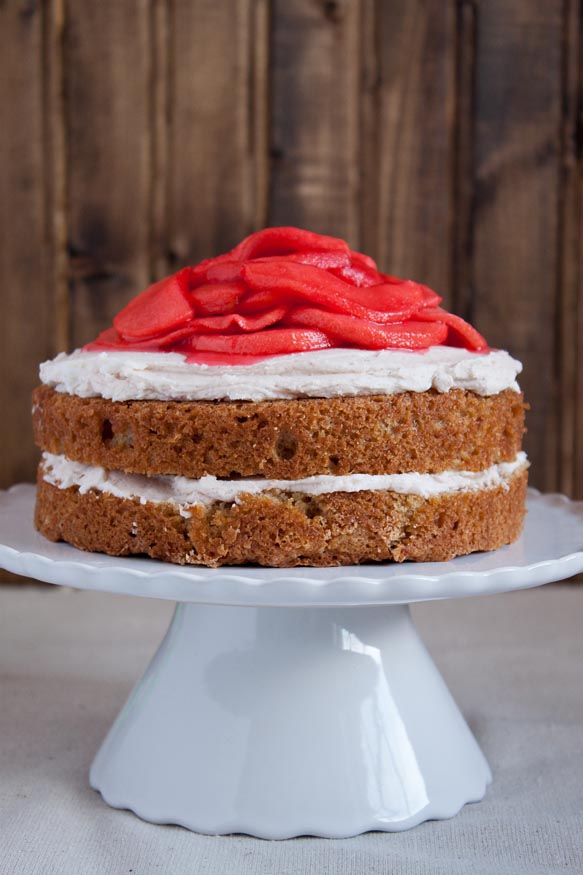 Over the holidays, my husband’s Grandma served us a ham casserole with a big bowl of these apples.  Since dessert on the dinner table is my favorite thing ever, I had no fewer than 3 servings.  I can’t remember the last time I’ve had a meal that reminded me so much of being a kid.  Doesn’t Grandma always cook slightly naughty recipes?  Only Grandmas serve candy as a side dish at dinnertime.  Moms serve steamed broccoli.  And I think we all feel the same way about that. 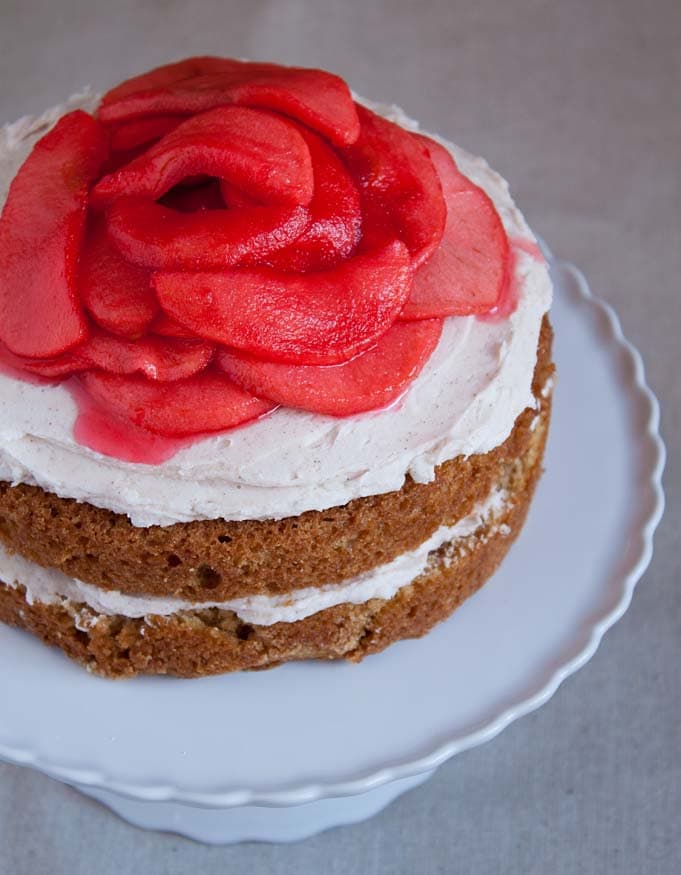 If you’re a veteran dessert for two baker, all we’re doing here is making my recipe for mini lemon layer cake minus the lemon.  I substituted cinnamon (obviously).  The buttercream recipe is brand spankin’ new (because I love you).

If you’re a new mini dessert baker, look for a 6″ round cake pan at a hobby store, a specialty cookware store, or Amazon (I linked to mine).  I bought mine at Hobby Lobby, but I just saw a similar pan at Sur La Table.  My pan is only 2″ deep; I do not recommend the super deep ones.  Those are meant for the top layer of wedding cakes.  I’m sure it would bake up fine in it, but I just haven’t tested it. 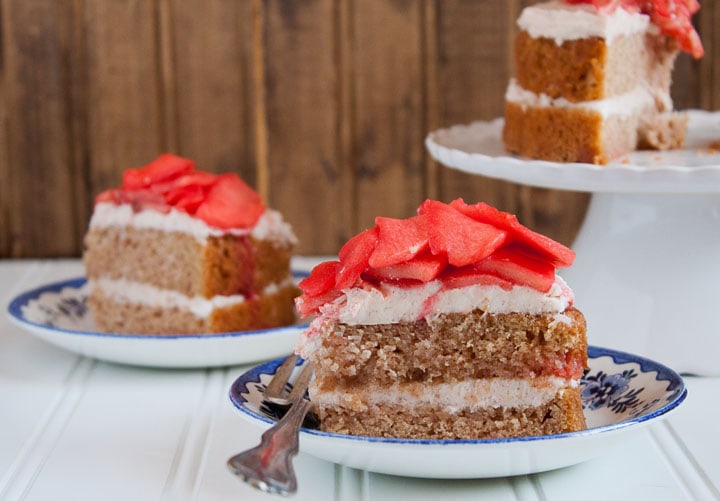 Will you be my Valentine?

For the cinnamon cake:

For the cinnamon buttercream: