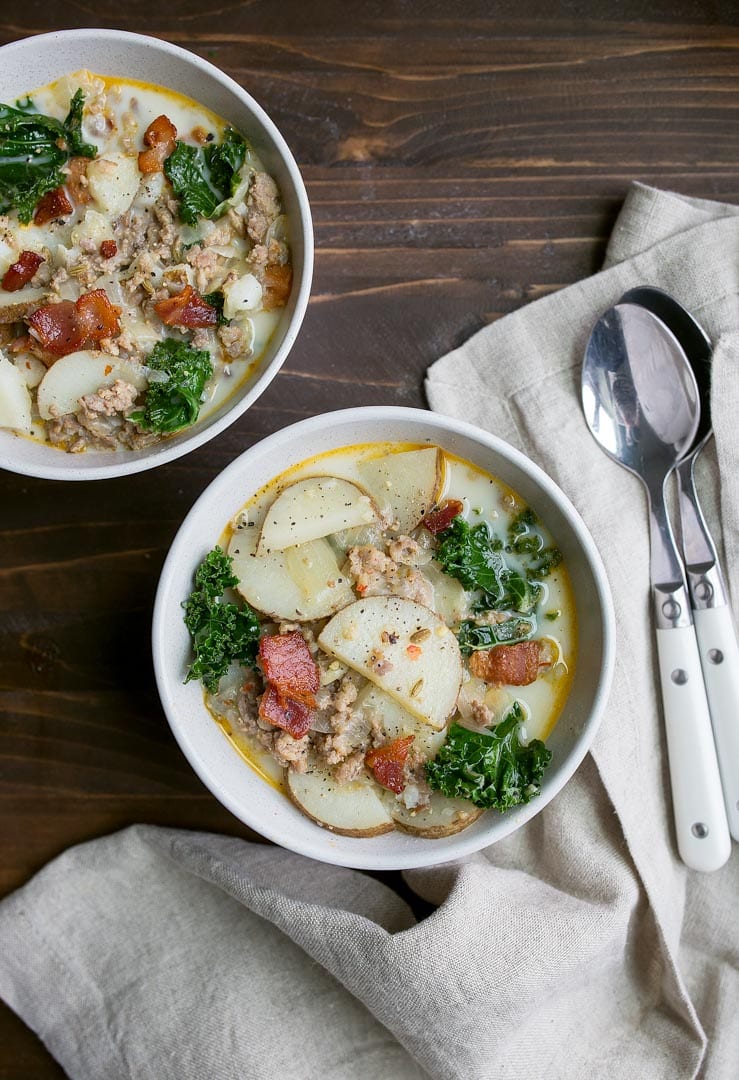 I'm thinking of changing my blog name to 'Notes from a Recovering Vegetarian.'

I feel like I've missed out on so much by avoiding meat for almost a decade.

Today, even though I do eat a small amount of meat on occasion, I hardly ever combine more than one meat in a recipe. It feels weird enough eating one animal, but two? (Except for this Beef Bourguignon where the bacon coats the beef! Oh, and this Coq au Vin, too). Maybe I have a thing for bacon? 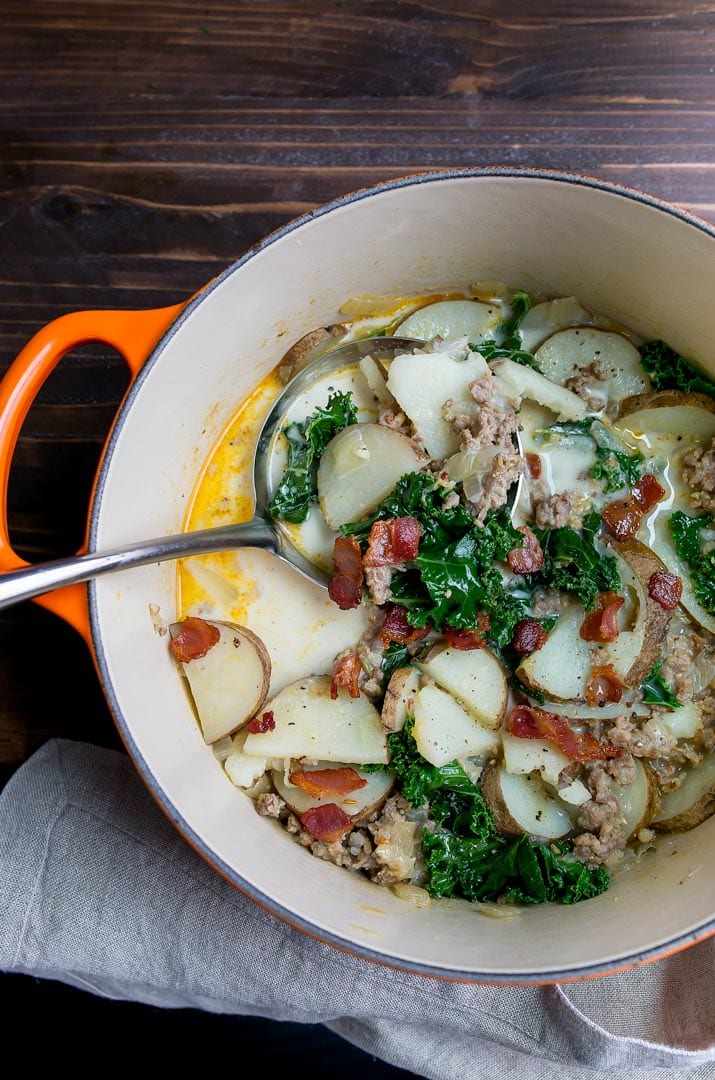 But, my mother-in-law insisted that the copycat Olive Garden recipes for Zuppa Toscana soup on Pinterest were amazing. So, I tried a few. I can't deny that I moaned upon first bite!

What's not to love? It's a creamy potato soup bolstered by sausage. Don't forget the kale, because if something has kale, it's healthy and justifies the bacon, right?

I didn't think I was going to stir in the crisp bacon at the end, but I'm so glad I did! 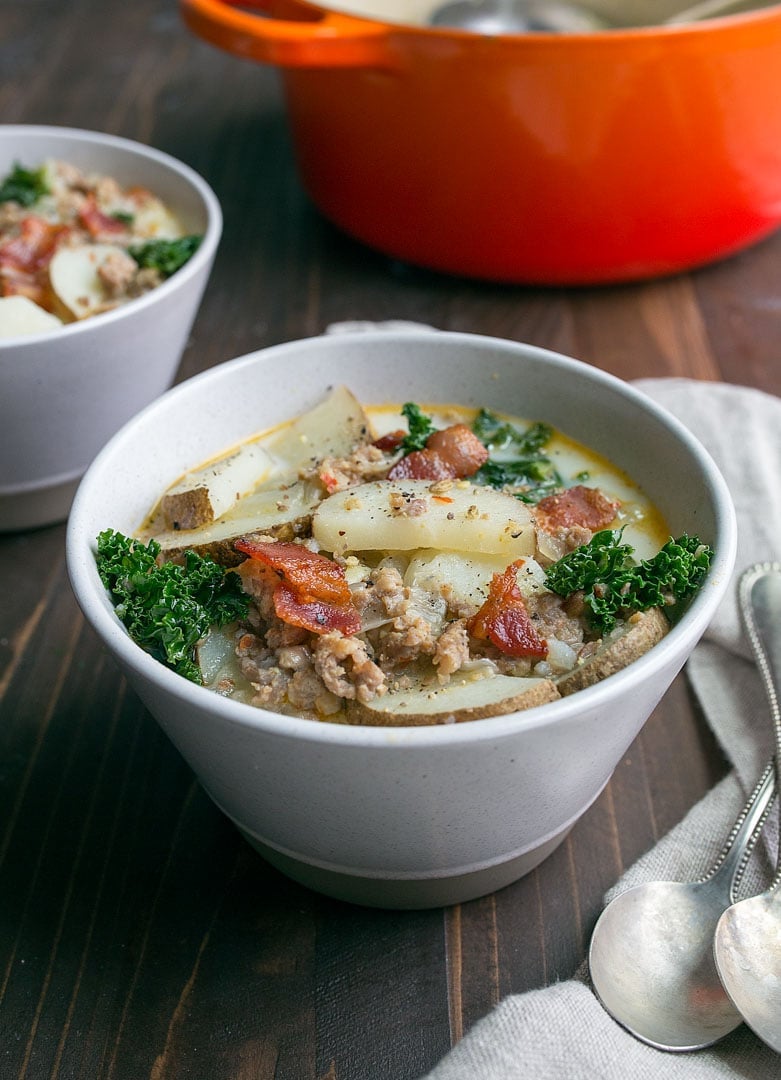 I've heard from some friends on instagram that the soup is still good without bacon. I've also heard that the Trader Joe's tofu sausage works well here. Someone even told me that coconut cream is good instead of regular cream of half and half here. This soup gives you so many options!

This soup should really be in your arsenal because it contains so few ingredients, and is so easy to pull together.

I made this in a small 2-quart Le Creuset Dutch Oven, but a regular saucepan would work, since it's not a huge batch of soup.

If I haven't given you enough reasons, let me reiterate: potatoes, bacon, kale, and sausage. All in one bowl, got it?