Engagement chicken pasta is a creamy mushroom chicken pasta for two. This creamy pasta dish with seared mushrooms and sliced chicken will impress anyone! 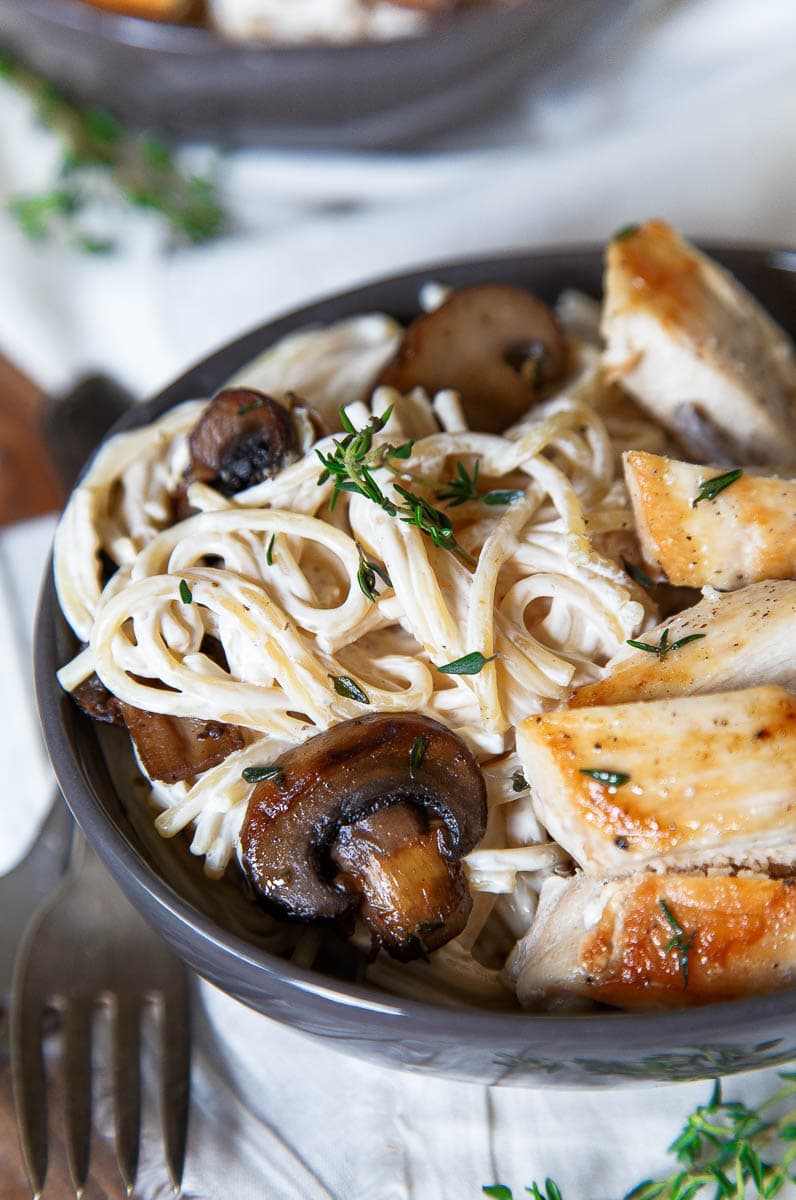 The other day, I started thinking about Engagement Chicken.  Not only how silly it is, but also how important food is if it can garner such a response.

Truthfully, I never made engagement chicken until I was married, but I have made it, and yes, it’s freaking fantastic. But it’s not just that–it’s a life skill learned in trussing and roasting a chicken..which is probably why they say if you can roast a chicken, you have marriage skills? I do not know.

Let’s not assign good meals to married folk only. A good meal deserves a place in your wheelhouse. This pasta is one of those impressive dishes that you should master and keep in your back pocket for a special occasion. (By the way, a special occasion is mopping and vacuuming your whole house, instead of doing one or the other. Or, Tuesday. Tuesday works, too).

If you like easy chicken and pasta dishes, you’ll love my Creamy Chicken Bacon Pasta, too! 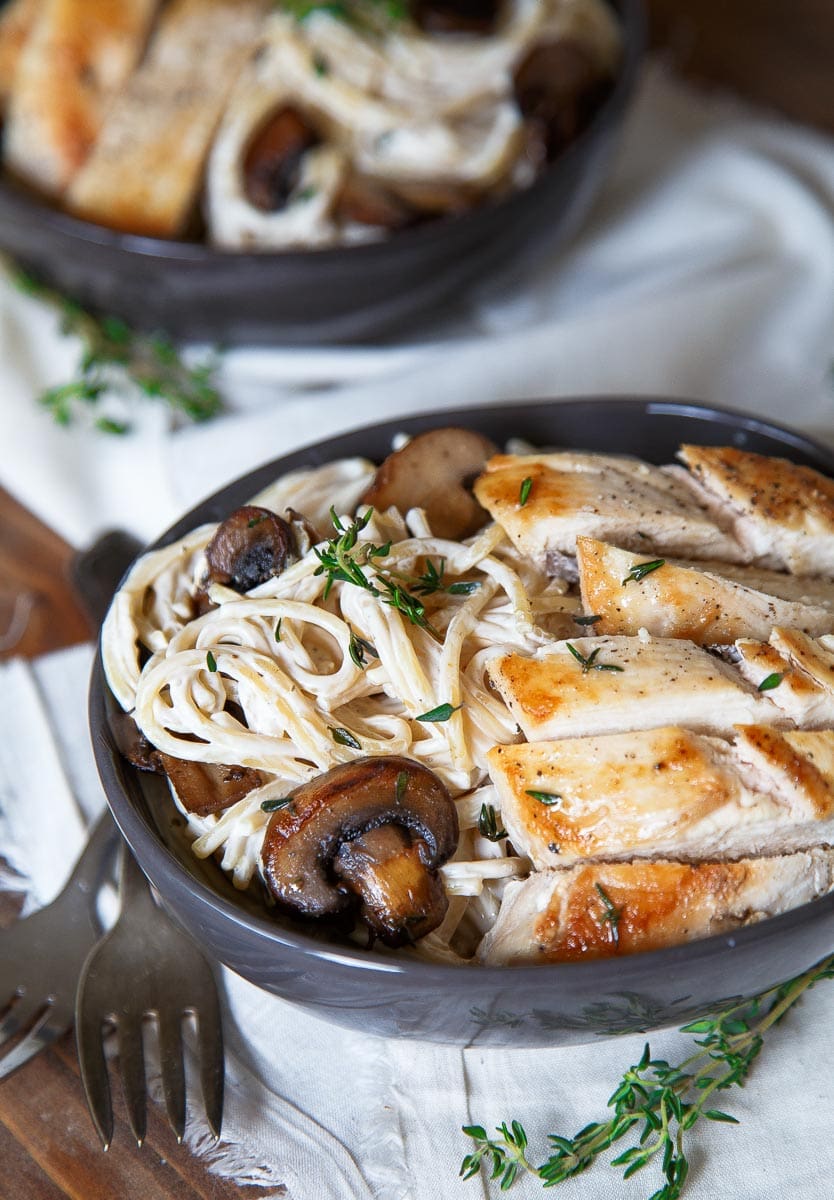 I’m a huge fan of pasta with cream sauce. (who isn’t?) But, I discovered a quick way to make a cream sauce that doesn’t require an extra skillet:

The first time you make this dish, it will be a bit of a blur. It has a handful of steps, but you’ll find your rhythm get better each time you make it. And you will be making this over and over, trust me. And you won’t be single for long, trust me. Or maybe you will. Maybe it’s not your cooking skills; maybe it’s your breath. Just sayin’.

Oh, and if you’re not a mushroom fan, it’s okay; you can leave them out. I really think they create an amazing pan sauce here, but you can do whatever you like. Just make the creamy pasta portion and the chicken, ok?