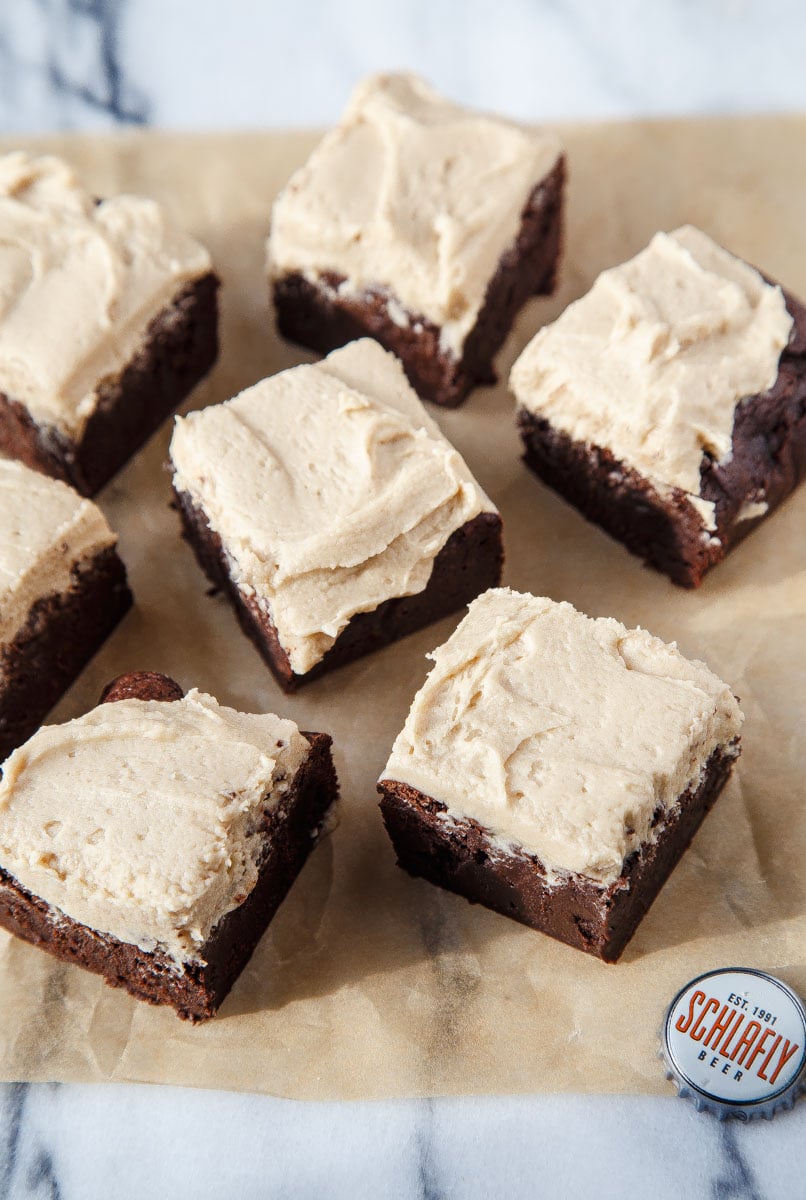 Re-sharing these bites of heavenly brownies. With over 23,000 pins on Pinterest, you know they're delicious!

Trust me. He told me. He wants a super thick fudgy brownie laced with his favorite beer.

And these beer brownies are sooo it.

Plus, it only uses 1 beer from his stash. I'm not trying to be sexist here---in my house, we each have our own beer stash. Mine is up here in the fridge--quick access to my fruity shandy beers. His beer is in the basement fridge--all dark and shady.

I will confess to stealing an oatmeal stout from his stash every now and then. I used to think people only ordered dark beers to prove their manliness. And then, my lactation coach told me to drink dark beer. Now I think dark beer is synonymous with lactation, and that's just about as girly as you can get. Sorry, boys.

To make these brownies, I stole a coffee stout from his stash. 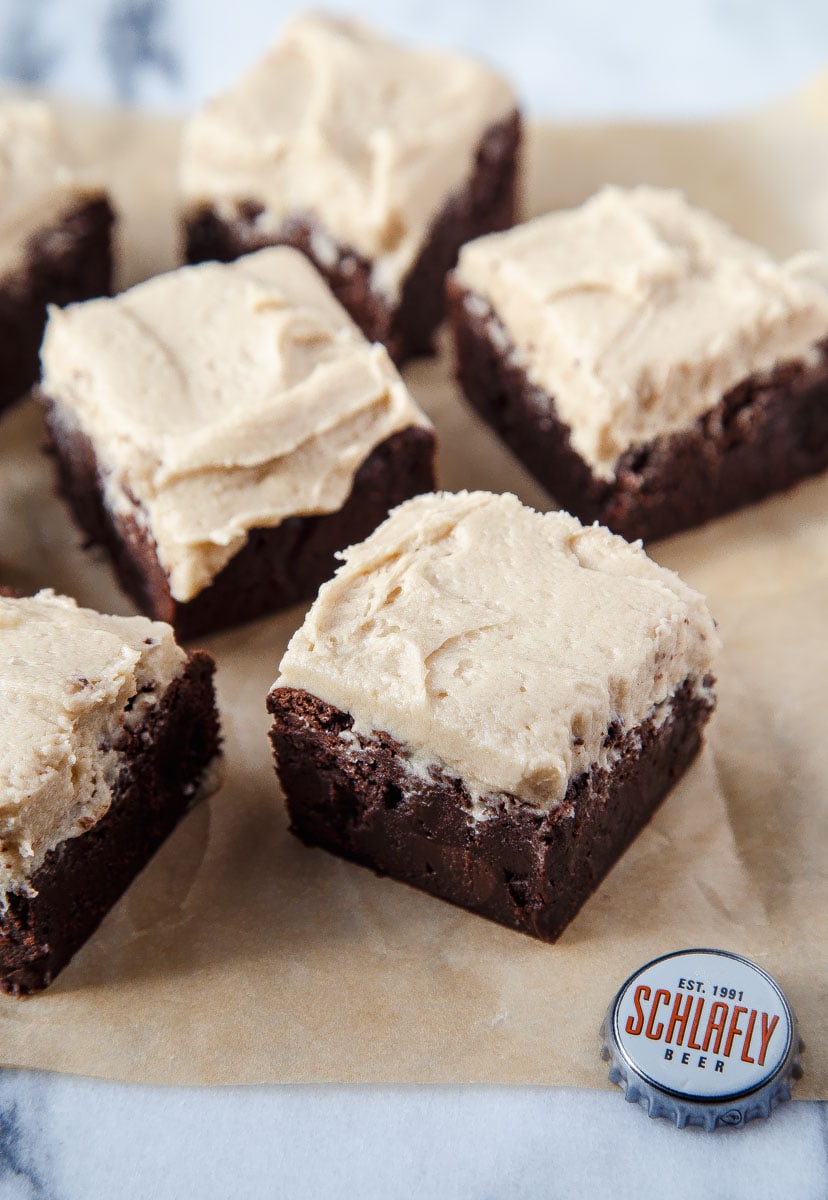 See how thick these brownies are? I basically doubled my usual small batch brownie recipe.

I was worried it wouldn't work, but I was so glad to be proven wrong. Biting into these brownies is almost like biting into fudge. Deep, dark fudge. I love it. 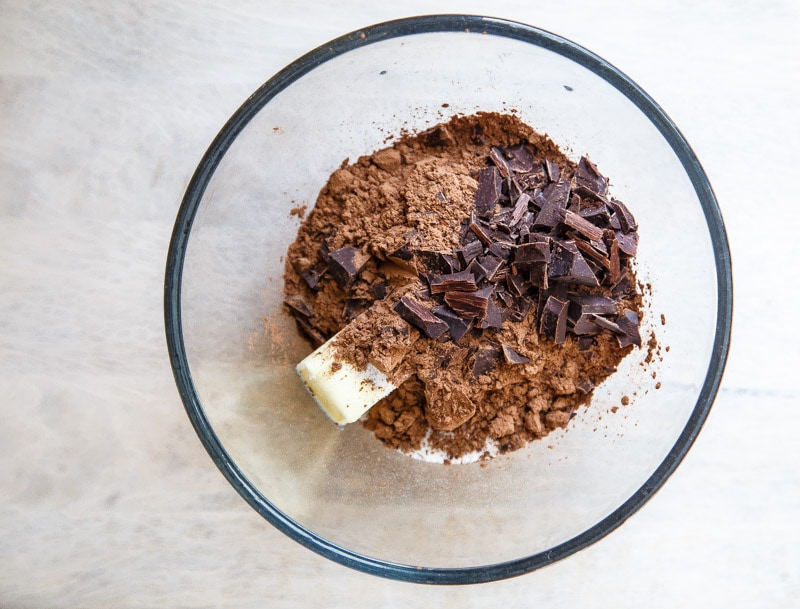 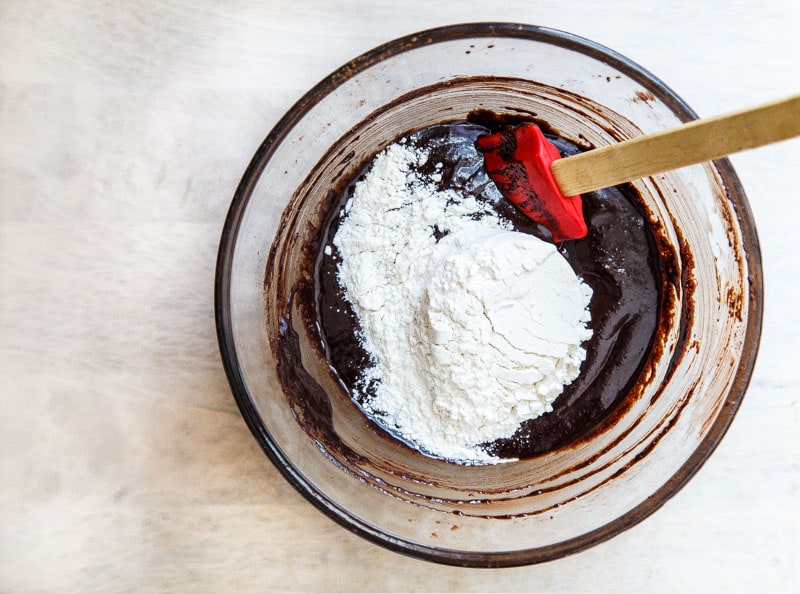 After microwaving the butter and chocolate on HIGH for two 30-second pulses, let it cool for 1 minute. Then, stir in the egg white, vanilla, and salt. After they are well-incorporated, add the flour.

Now, you're going to roll up your shirt sleeves and give this brownie batter 50 strokes. I explain this in the Dessert for Two cookbook, but I'll go over it again--in most baked goods, you want to minimize stirring for fear of activating the gluten in the flour. When gluten is activated, it makes baked goods chewy. But when it comes to brownies, we want chewy! (Side note: this is why gluten free breads have zero chew to them...see also: zero taste LOL).

Scrape the beautiful batter into your loaf pan, and bake for 40-45 minutes. It's a long time, I know.

Add 1 cup of his favorite beer to a small sauce pan; I used coffee stout here. Chocolate and coffee love each other so.

Boil it down until it's only ⅓ cup of liquid. Keep an eye on it--the foam can over-flow.

I hope you know I'm kidding. Use the remaining portion of the boiled beer for the frosting. 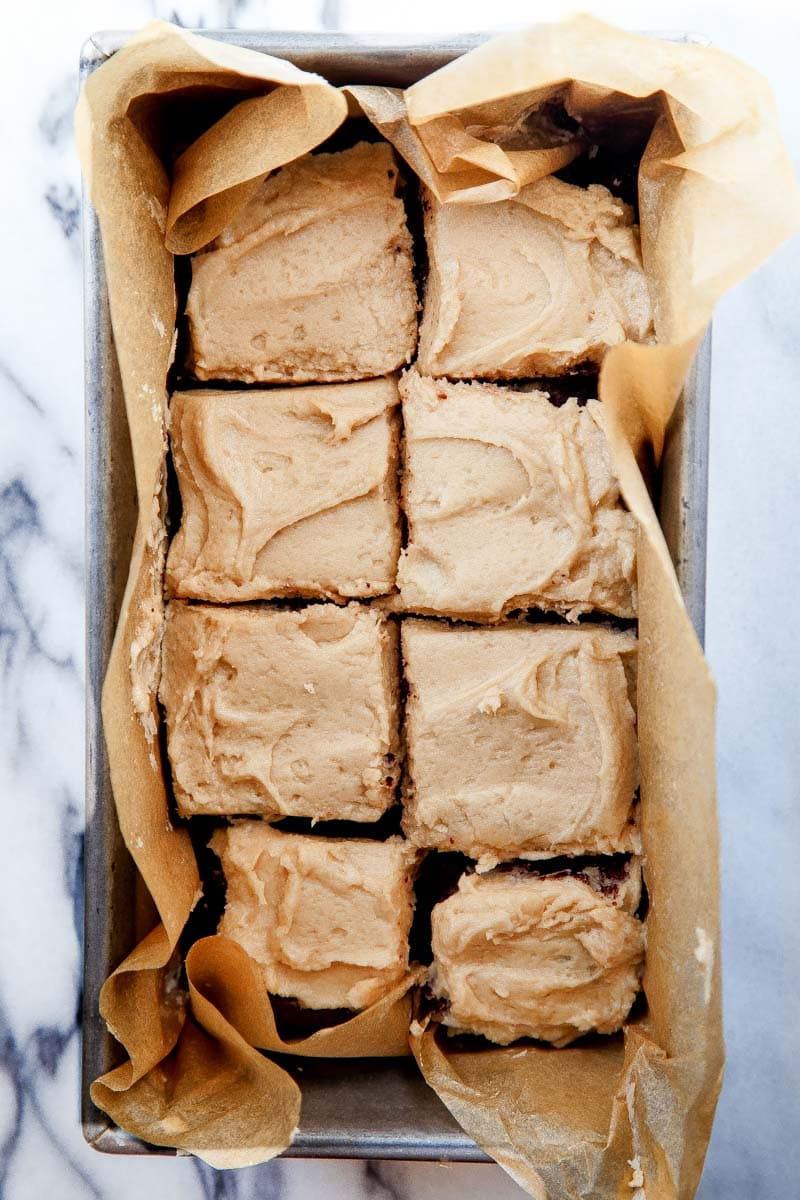 I cut these super rich brownies in 8 small pieces, but your burly man can probably take down at least half of these beer brownies in one sitting.

For the beer brownies: