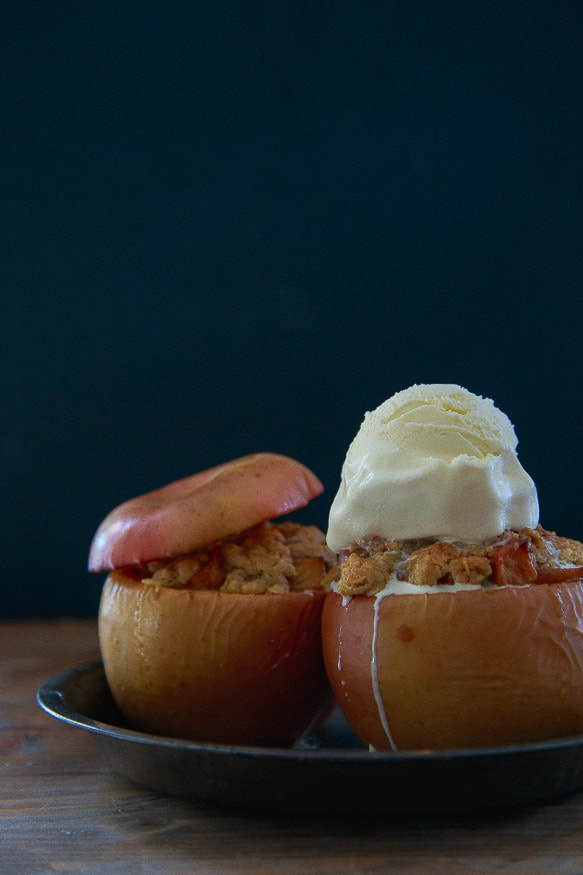 I just baked apple crisp inside an apple. I had a serious apple craving. I almost called it breakfast, but then the ice cream came to the party. This recipe makes two apple crisps (for two!!), but feel free to scale this recipe up and serve an entire tray of individual apple crisps at your next fall party.

I’ve been baking with fancy butter a lot lately. I figure I’m worth it. But also, I found a 3-pack of Kerrygold at Costco for the same price as one bar at the regular store. I put two in my cart. Then, I walked a lap around the store, ate samples at three different stations, listened to a Vitamix sales pitch, and grabbed two more packs of butter. Costco got me–hook, line, and sinker. Normally, I use store-brand ingredients for my recipes because I think that’s what everyone else uses, and I want to know exactly how a recipe will taste to you. But I just can’t resist the fancy gold butter. I also used it in my apple cider caramels, fyi. 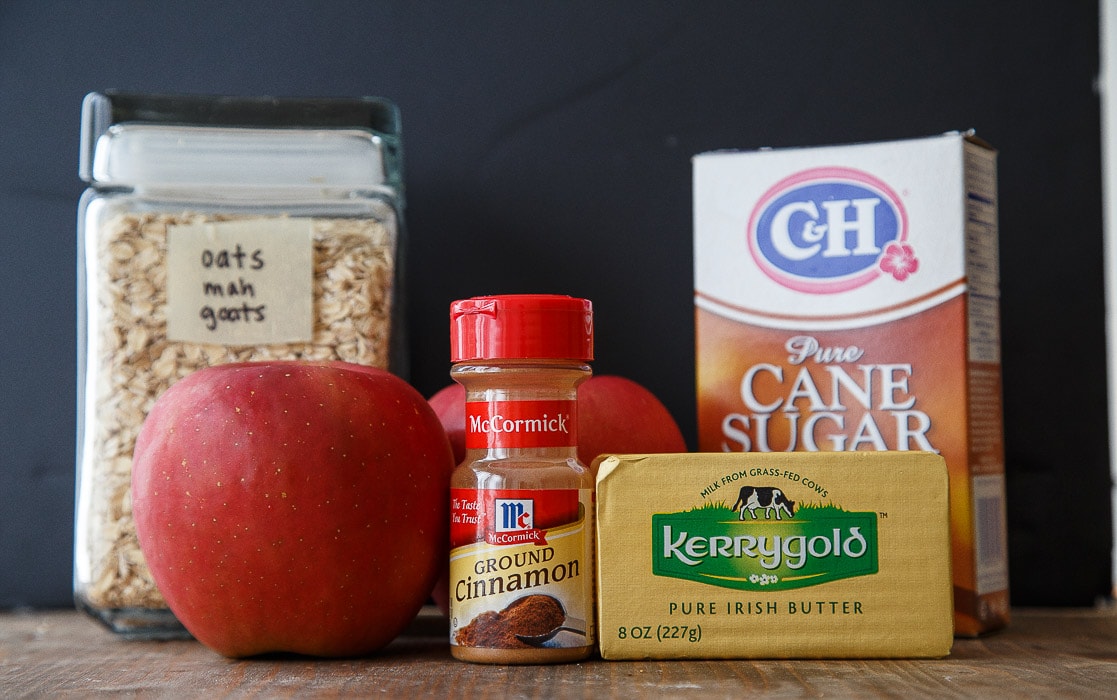 If you leave off the ice cream, you can absolutely call this breakfast. But, I just want to remind you that ice cream has calcium and protein. Vital stuff; a great way to start the day. 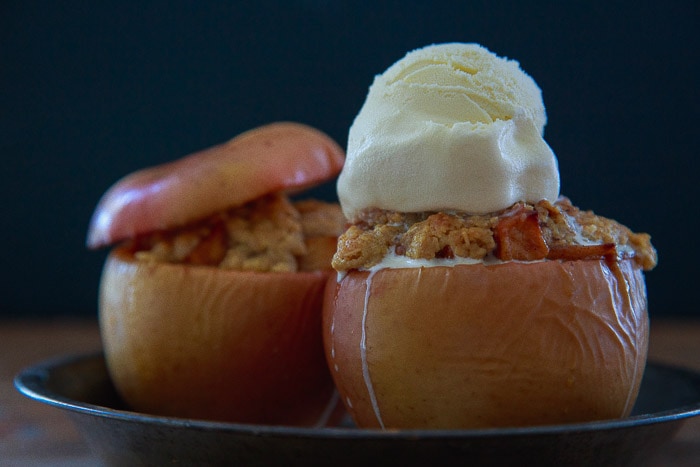