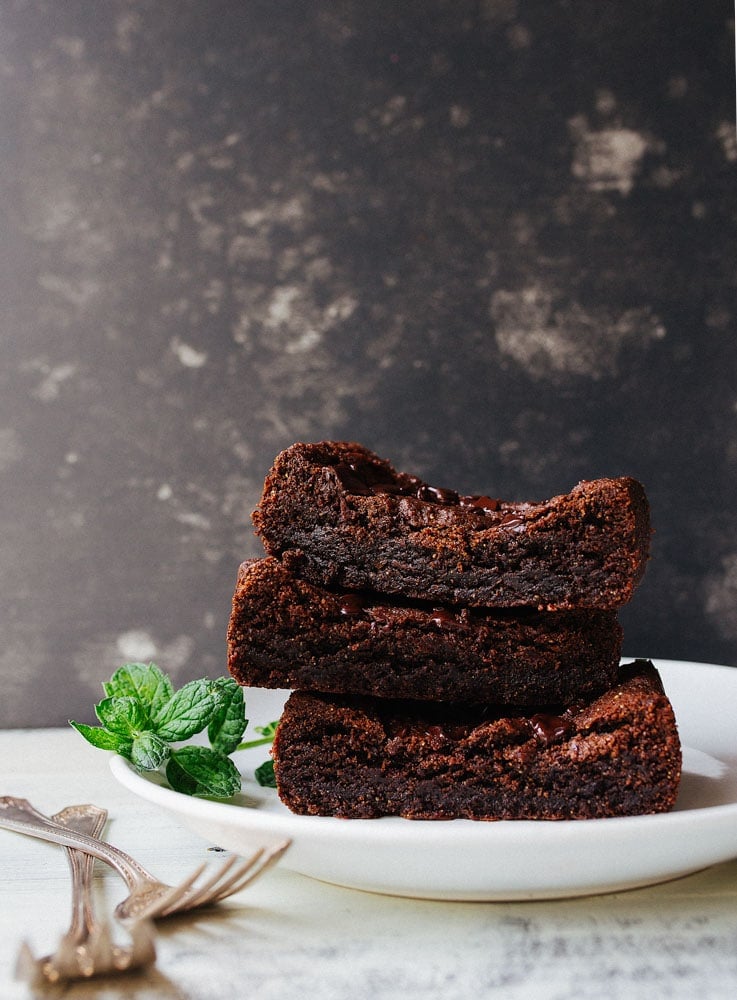 Before we get started, I wanted to let you know that I’ve teamed up with Thrive Market (the place I shop to get all of my natural foods in one place for lower prices) for the video in this post.

If you use my my link to join, you’ll get 25% off your first order! These brownies rely on healthy pantry staples that I love to buy online at Thrive because they come right to my door step, and everything I buy is usually 50% cheaper than the stores I used to shop at! Not to mention the fact that I used to have to drive around the several stores looking for these ingredients–Thrive has it all! Here’s  my link again: shop here.

—
I’ve become much more of a brownie girl in the last few years. I think it started with a good corner brownie from Back in the Day Bakery on my honeymoon. It was then that I finally understood what a brownie is supposed to be:  dense, fudgy and chewy, all at once. Nothing like cake. And for me, the corner pieces do it best, because the extra chew makes it linger in your mouth longer.

I’ve made a lot of small-batch brownies over the years. Some were pumpkin brownies, and some were beer brownies, and those blackberry cheesecake brownies last week! And the tahini brownies! Don’t forget about those. Or the strawberry jam swirled brownies. 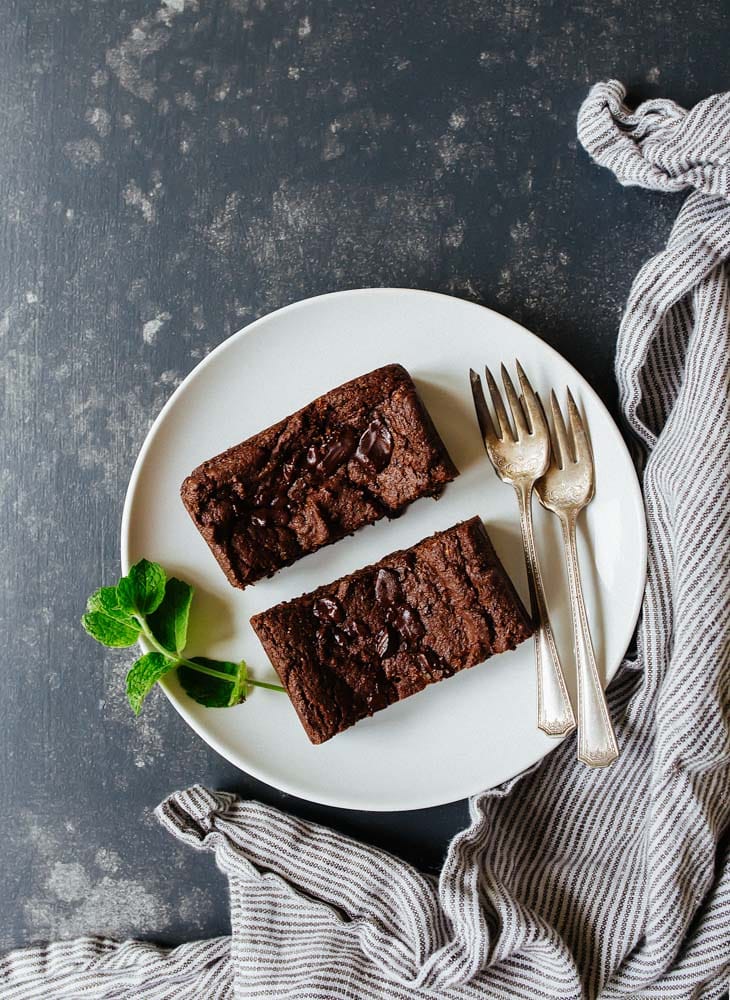 But what about vegan brownies? I’ve never loved those. That is, until I made these with almond butter, maple syrup and cocoa powder. It sounds ridiculous, and it sounds like it wouldn’t work. But it does.

I based the recipe off of this one, and so I can tell you that while I used regular flour with gluten, you can absolutely sub your favorite gluten free flour (except if its one of those weird ones that absorbs massive amounts of liquid..coconut flour, I’m lookin’ at you. Try oat flour or any brown rice flour that you might have leftover from my small-batch vegan chocolate chip cookies.

Tip for best ever vegan brownies:

I chopped up a vegan chocolate bar to sprinkle on top, and guys:  this is the critical step that makes them transcend past tasting slightly too much like almond butter. Don’t forget the chocolate on top!

While I was standing in the chocolate aisle at Whole Foods and googling ‘best vegan chocolate bar’ on my phone (I shoulda just texted Ashlae), I discovered that Trader Joe’s chocolate chips are actually vegan. Plus, their giant ‘pound-plus’ dark chocolate bars that I buy for recipe development are vegan, too.

It kinda feels meant to be, me and these vegan brownies. 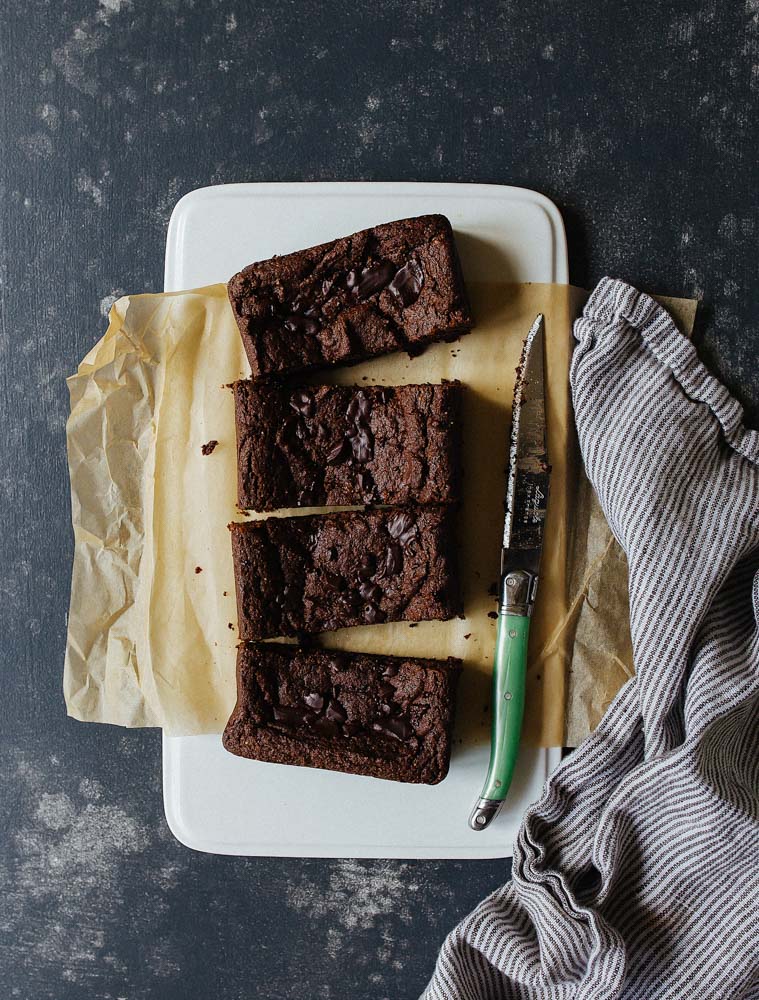 They’re made in a standard bread loaf pan (how I always make small-batch brownies), and you can get 2 large or 4 small brownies from this recipe. It’s portion control, vegan, naturally sweetened, and easily made gluten-free. Is there anything else you could want in a brownie recipe?