Indoor s’mores, baked s’mores dip made in a cast iron skillet. Scoop up with graham crackers and devour! 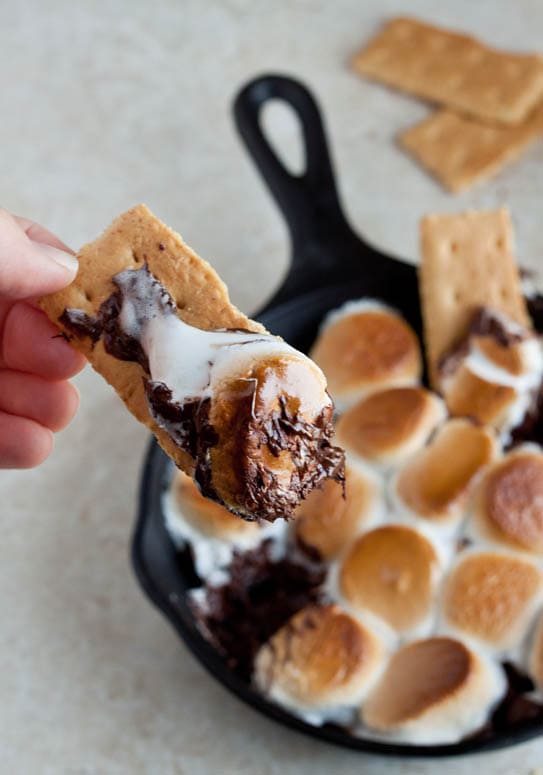 Welcome to the original recipe on the internet for Indoor’s Smores, also known as S’mores Dip. There are many imitators, but this is the real deal!

Let’s get things all warmed up with a VIDEO showing exactly who to make this recipe:

This is the second year in my life where I’ve had to deal with snow.

Oh, sure we’d get a slight dusting of snow in Texas every so often.  It would disappear almost as quickly as it came, but not before halting all civilization.  Texans aren’t made for driving in the white stuff.

If you’re driving in snow and see a Texas license plate, I beg you, please pull over and let them slide pass you.  You’ll thank me later.  In California, the winter is just foggy and drizzly with rain.  I miss that cozy fog.  But this Midwest snow?  I just don’t know about it yet.

If I could fast forward passed this winter and have it be summertime again, I would do it in a heartbeat for you.  Let’s pretend the days are warm and the nights are just cool enough for a campfire.  A campfire with s’mores!

Wait, back to reality:  we’re making s’mores in the oven today.  With a cast iron skillet.  Oh, yes we are! It’s called Indoor S’mores, after all! 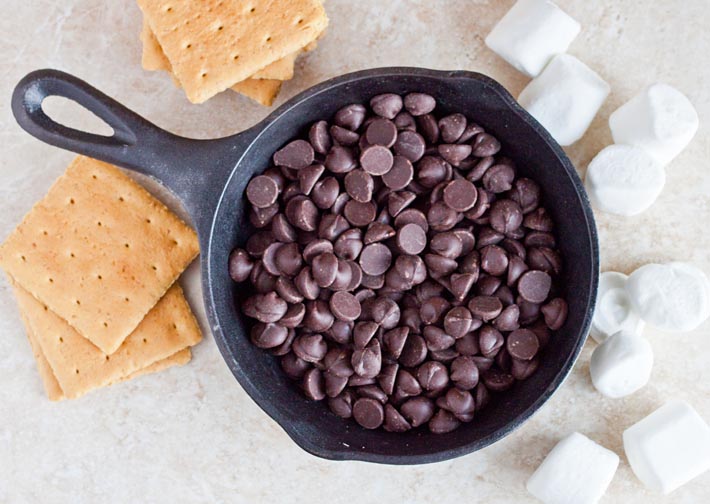 I used my mini 6″ cast iron skillet, just like I would if I was using an outdoor campfire instead of my oven.  Fill it with your favorite chocolate chips (I used dark chocolate chips) and top with marshmallows.

Bake in the oven until nice and toasty.

Then, scoop it all up with graham crackers. 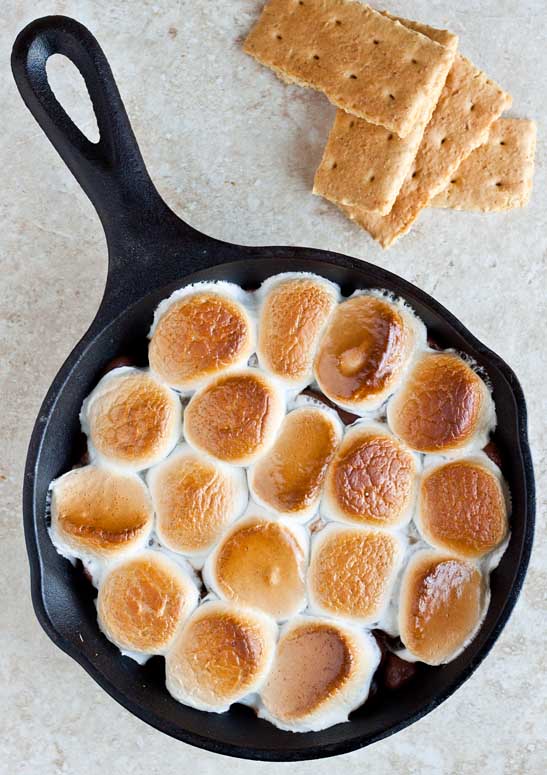 Let’s gather around the stove and pretend it’s a campfire, and scoop up this melted chocolate goodness and toasted marshmallow gooeyness with homemade graham crackers!  You can use mini maple syrup marshmallows, large marshmallows, or even homemade marshmallows.  All kinds of marshmallows are delicious.  Fact. 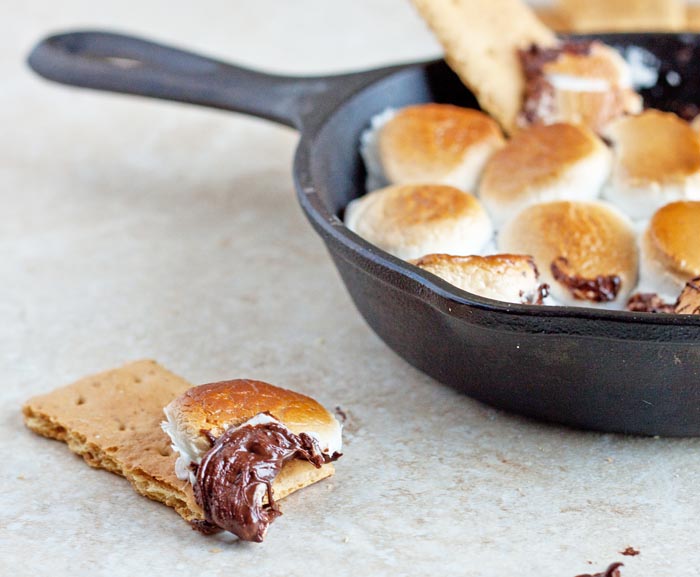 I hope this recipe for Indoor S’mores Dip warms you up in this cold winter season!

I was inspired by my favorite magazine, Taste of the South.