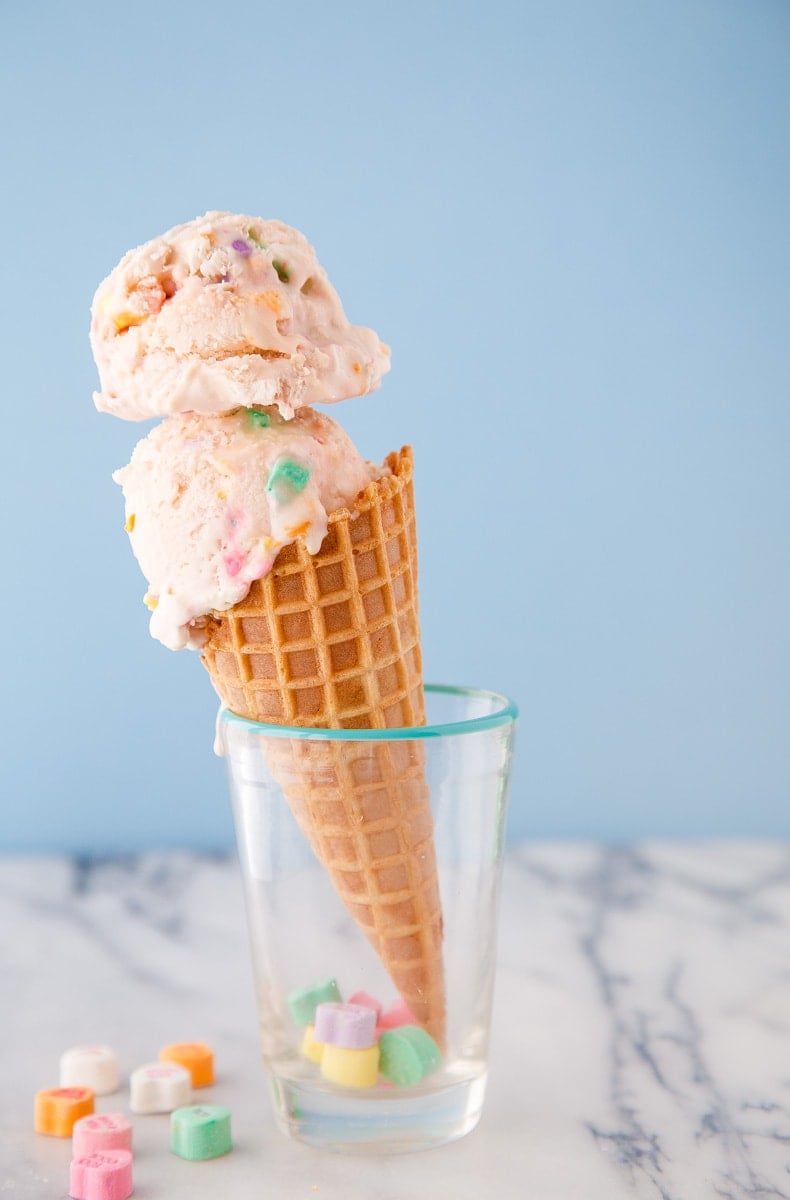 First, I’ll start with all of your questions.

Q: Do the conversation hearts get soggy in the ice cream?

Q: Are you for real with this? 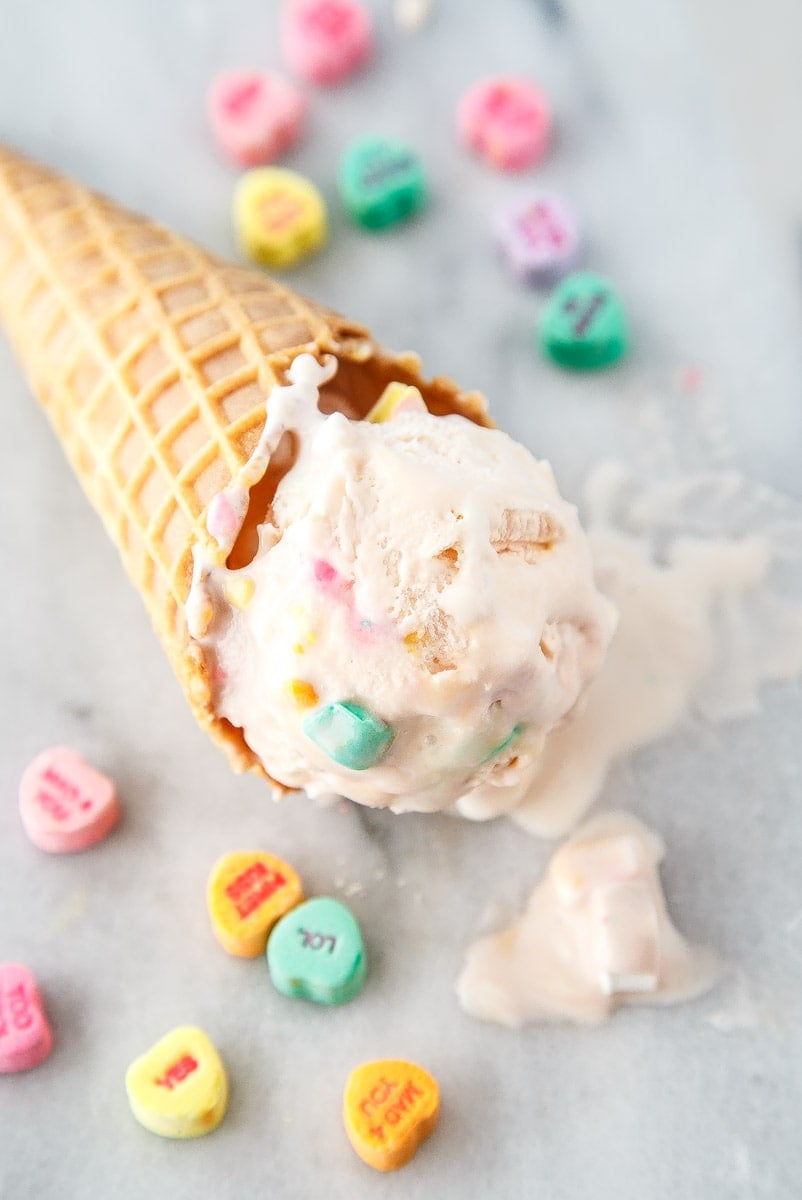 Valentine’s Day is the best time of year for candy! I never really get into Christmas candy much, because it’s usually very chocolate-centric. I’m a fruity candy person, all the way. And while conversation hearts are probably as far away from real fruit as you can get, I still love the orange and lime ones best.

So, as soon as I see Conversation Hearts, I grab ’em. I also grab: sour cherry balls, cinnamon hearts, and festive Valentine’s M&Ms for making cookies and brownies.

You only need 3 ingredients to make this ice cream. Well, 4 because I forgot to photograph the vanilla extract. 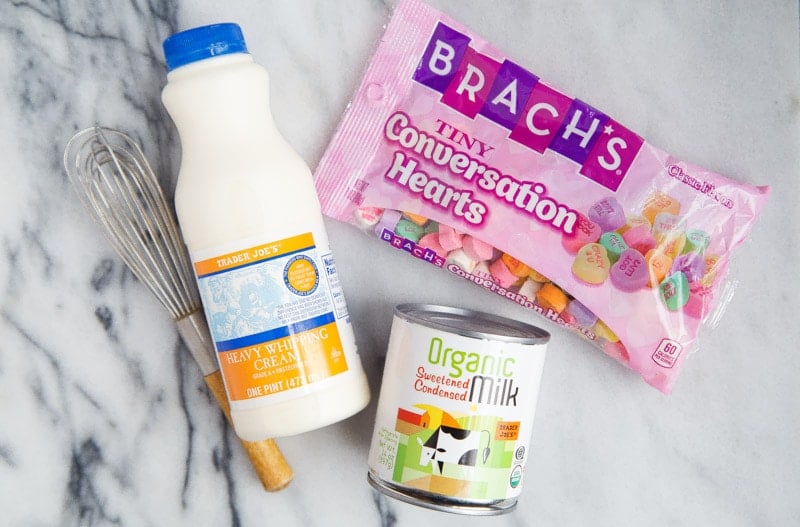 So, good people:  this is a 7 ounce bag of tiny conversation hearts. Chop all of it up except for a few handfuls. Put the extras in the pocket of your favorite jacket. So, like 5 ounces or so? You can estimate. Just don’t add the entire bag, ok? 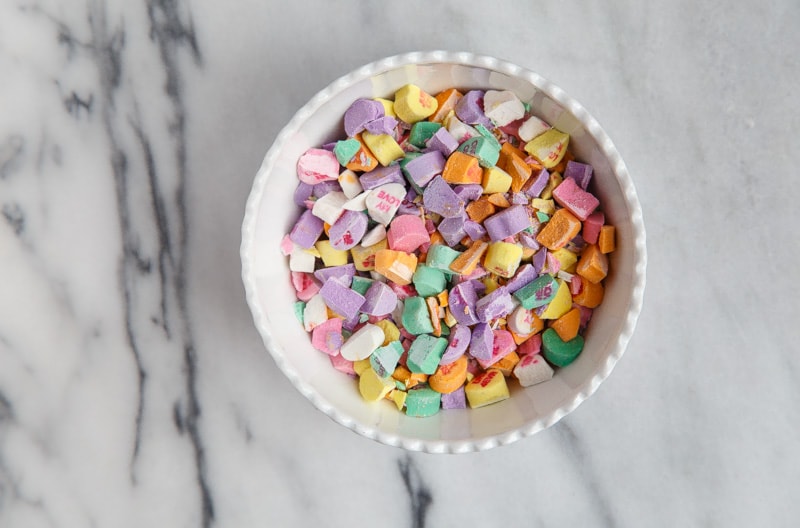 Then, whip the cream until stiff peaks form. I used a hand mixer because 2 cups is a lot of cream to mix by hand. 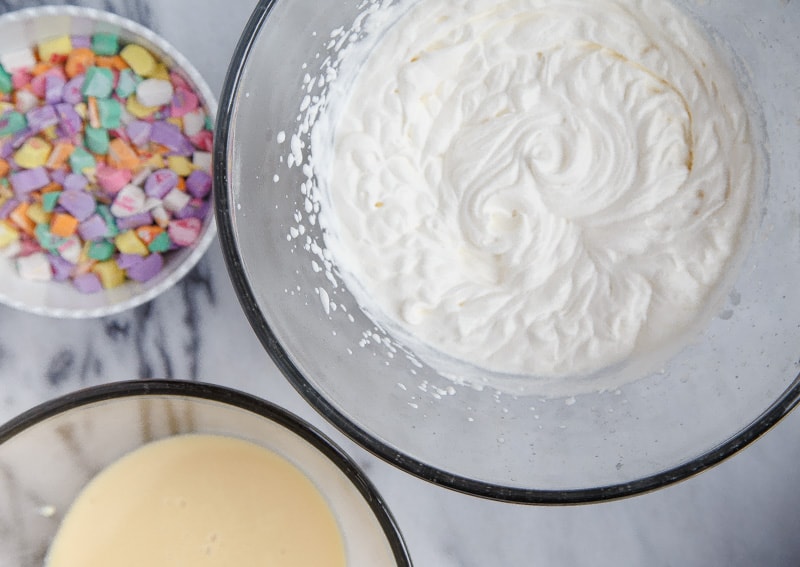 Stir the hearts into the condensed milk, along with a fat tablespoon of vanilla extract. Sorry I didn’t snap a photo of that. Then, gently fold in the cream. 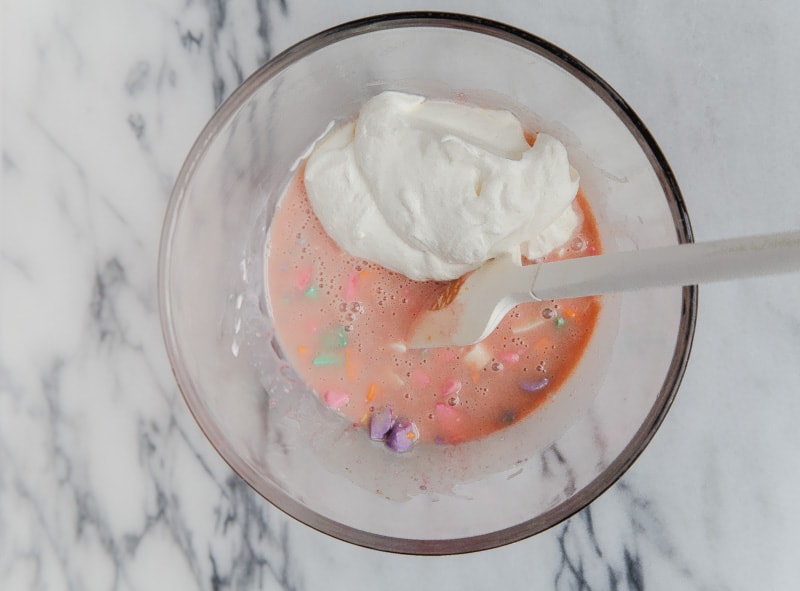 Some of the smaller pieces of hearts will dissolve and color the ice cream base a lovely shade of peach. 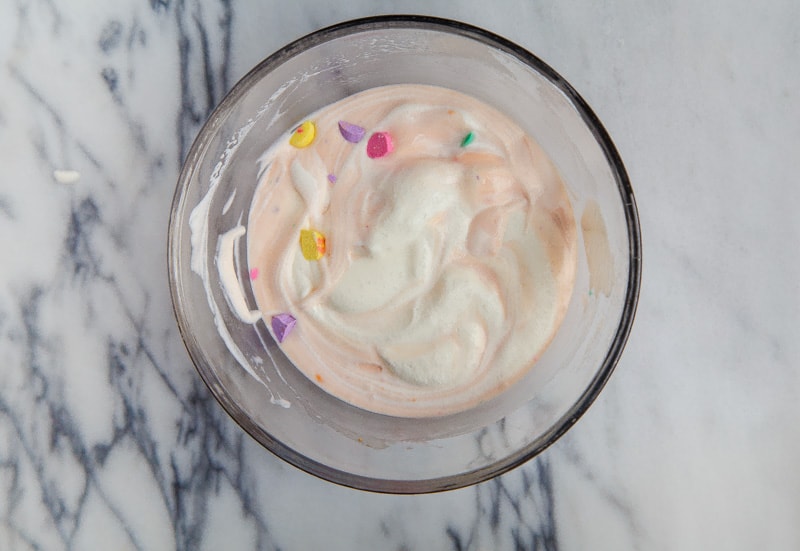 Gently fold in the whipped cream using the proper folding technique: through the middle with the skinny part of the spatula, and then sweep the outside edges of the bowl. It takes a long time to fold properly, but if you stir it all together like a mad woman, it won’t be as fluffy. Trust. 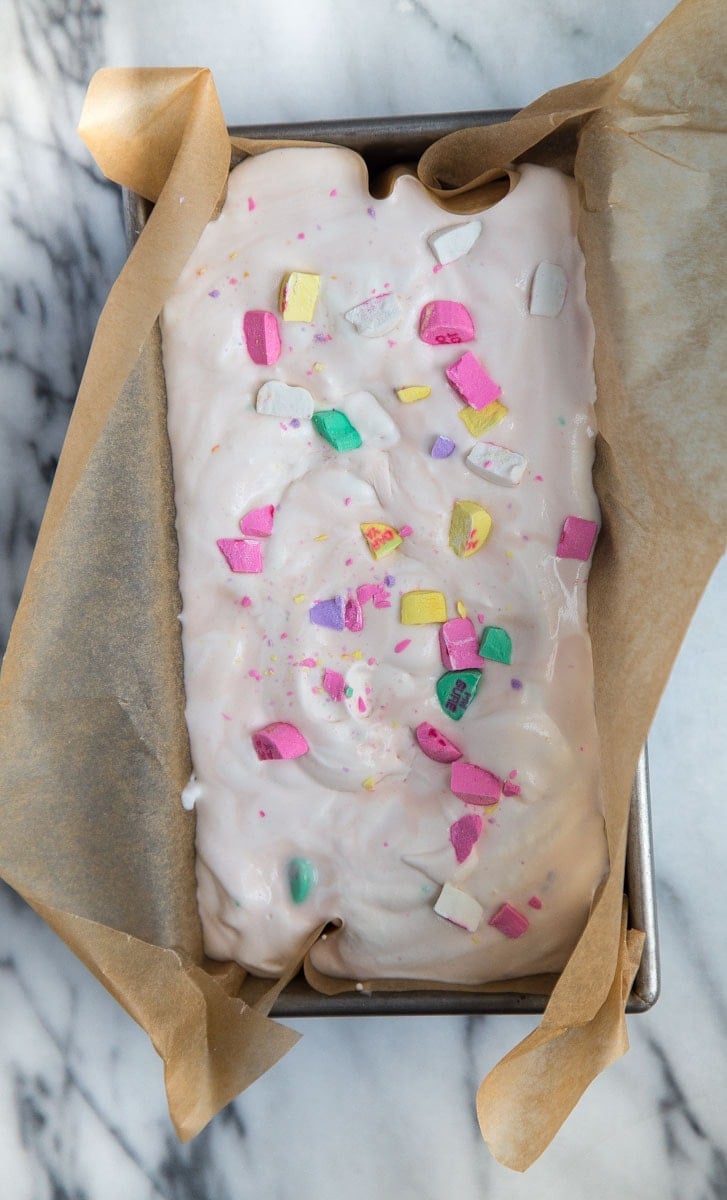 Scrape it into a bread loaf pan (this recipe makes just 1 pint of ice cream), press wax paper directly on the surface (a little tip I picked up from The Kitchn), and freeze for at least 8 hours.

Serve it with more conversation hearts because enough is never enough!